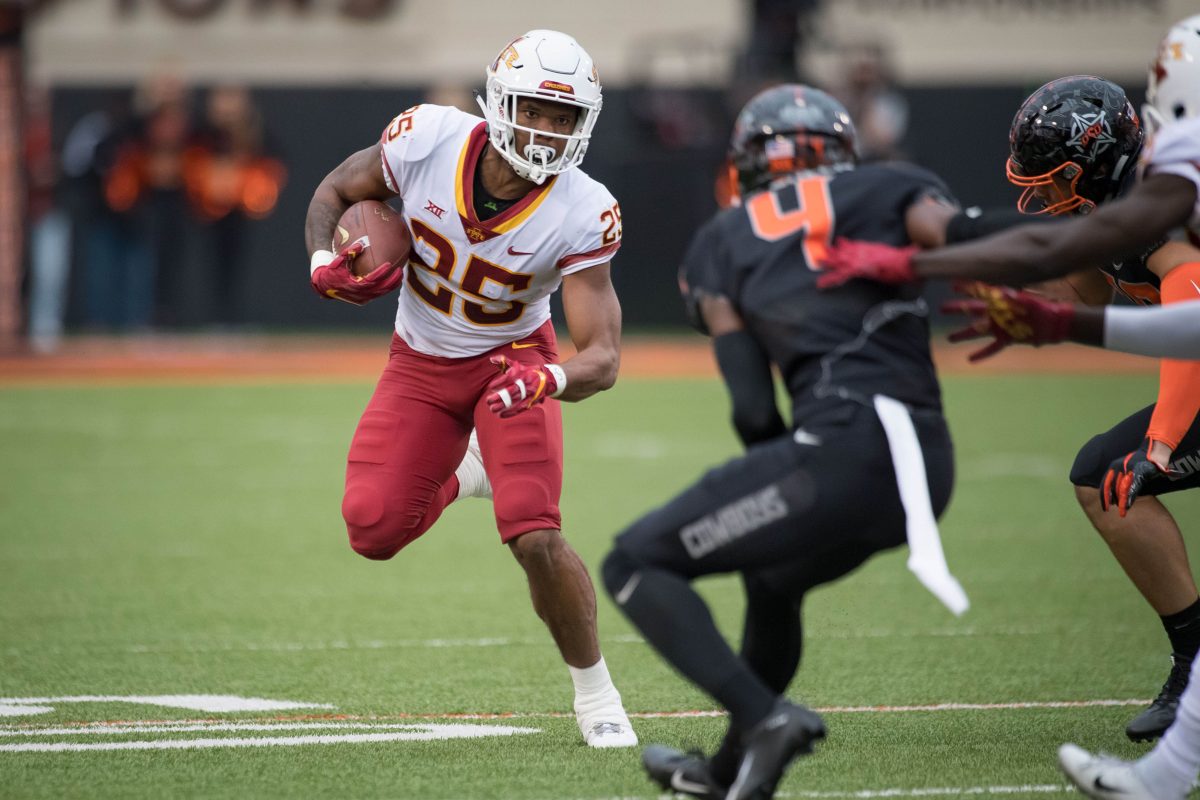 AMES — With the 2019 Cyclones set to take the field for the first time in less than two weeks, the competition in the program’s running backs room is heating up.

Iowa State offensive coordinator Tom Manning said on Monday the battle to be the program’s top tailback is still ongoing leading into the final week of fall camp before the season opener against Northern Iowa on Aug. 31 with senior Sheldon Croney, junior Kene Nwangwu, sophomore Johnnie Lang plus freshmen Jirehl Brock and Breece Hall all vying for playing time.

“We’d like to have a pretty good idea of it probably at the end of the week or beginning of next week. At the same time, they’re very interchangeable in that sense,” Manning said. “I don’t know if it really comes down to who gets the first handoff, but we want to find out probably the best flow of the game, who plays, how much and when.”

Either Croney or Nwangwu would likely be the odds on favorites to receive the first handoff from Brock Purdy against the Panthers. Croney enters his final season in Ames after compiling 56 yards and a touchdown on 23 carries last season while Nwangwu, who is widely regarded as the fastest player in the program, added 157 yards on 39 carries of his own in his first year back since missing the full 2017 season due to a ruptured Achilles tendon following his true freshman season.

Lang presents another interesting option as he received the bulk of carries, and scored in his first career touchdown, in last year’s win over Baylor after do-everything-back David Montgomery was ejected in the second half.

“I can take it in as excitement because everyone is capable of being the No. 1 guy, but I mean that’s something you have to handle individually,” Lang said of the competition for the top spot. “Everybody brings something different to the table. We’re not really competing for the No. 1 spot, we’re competing for our room to get better.”

Iowa State’s running backs room certainly did get better during the offseason if only due to the additions of the true freshmen Brock and Hall, both former four-star recruits. The two players present what could be the most intriguing and tantalizing starting options when looking at the future of Iowa State’s offense, but their readiness to step into the spotlight immediately could be what holds them back early in the season.

Regardless of who takes the first handoff next Saturday at Jack Trice Stadium, do not be surprised to see all five of the Cyclones’ backs touch the ball at some point before the final horn sounds.

“It’s been (competitive) all camp,” Croney said. “Different guys going with different groups. Whenever we’re out there, it doesn’t matter what group you’re with, you’ve got to compete.” 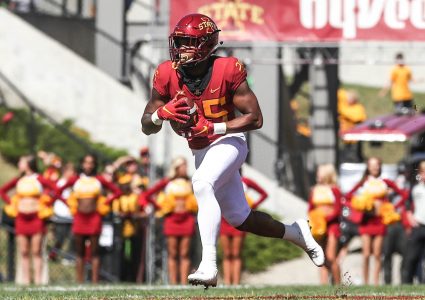