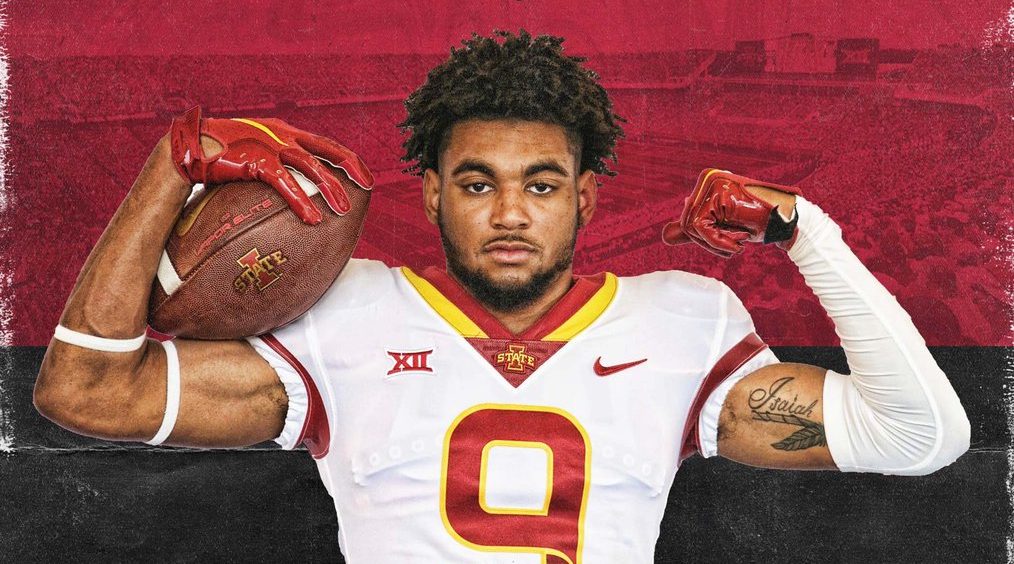 Iowa State got more good recruiting news on Wednesday, this time on the gridiron.

The Cyclones have added a commitment from JUCO wide receiver Darren Wilson. The 6-foot-3, 200-pound speedster announced his choice via Twitter on Wednesday.

Wilson, a product of Butler Community College in Kansas, is considered the No. 74 junior college player in the country and No. 9 wide receiver by 247. He chose the Cyclones over offers from West Virginia, Buffalo, Liberty, South Alabama, UAB and UNLV.

He caught 20 passes for 390 yards and three touchdowns this past season for the Grizzlies.

This is Iowa State’s 22nd commitment for the 2019 recruiting cycle and fills the program’s last open scholarship. Wilson will likely come in with the potential to earn immediate playing time after the losses of Hakeem Butler and Matt Eaton.

He joins Arkansas transfer La’Michael Pettway as pass catchers to join the program this spring. Stay tuned to Cyclone Fanatic for more.