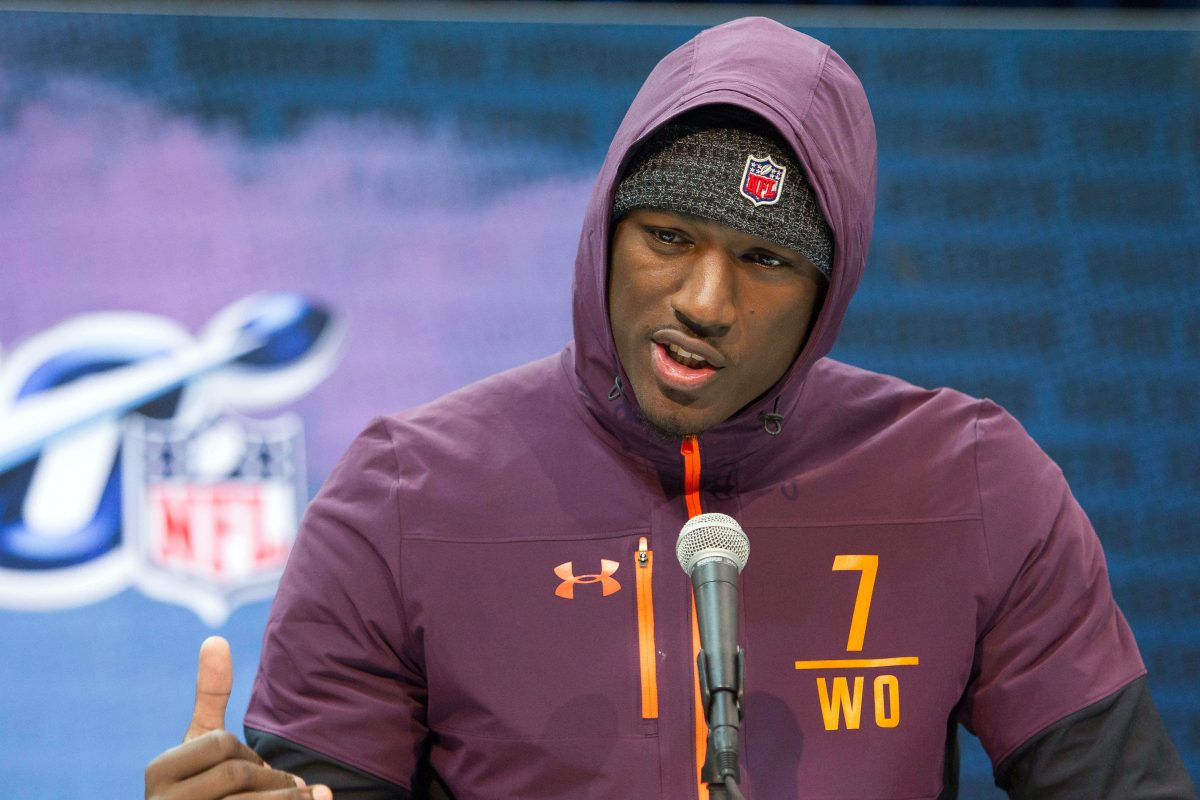 The following content was provided by the Arizona Cardinals media relations department.

On his emotions after being drafted in the fourth round and if he wanted to be selected earlier:

“Of course, everyone wants to go earlier, but I’m just blessed, excited and thrilled to be in this position honestly.”

On what he knows and thinks about Cardinals Head Coach Kliff Kingbury’s offense:

“I’m super excited to play with Kliff Kingsbury and be in the organization. I told him when I met him at the combine that I wanted to go to Texas Tech, and they didn’t offer me in. He just called me and told me he wasn’t going to make the same mistake twice.”

On what he has learned about Arizona from Iowa State QB Brock Purdy, the Cardinals 2017 High School Player of the Year:

“Brock is good people, and I’ve got a couple coaches from Arizona back at Iowa State. I don’t know much about it, but they talk highly of it, so I’m just ready to get out there and see what’s going on.”

On where he is today:

“I’m in Houston with my family today.”

On his family’s reaction when his selection was announced:

“They’re ecstatic. They’re in here screaming and yelling. I had to step outside to take this phone call.”

On how excited he is to learn from Cardinals WR Larry Fitzgerald:

“I think that might be the thing I’m most excited about at this point just because he’s been in the game. He’s a legend, ‘Larry Legend.’ Just to pick up anything from him, whether it’s next year or however many years he’s there, I’m excited.”

On what he knows about the Cardinals other than Fitzgerald:

On what it means to play with new Cardinals QB Kyler Murray:

“Everybody was asking me who I thought the best player all year was, and I would say, ‘Kyler Murray.’ He’s easily the best player in the draft in my opinion. I’m just excited to get around him, watch him work and catch some balls.”

On if he played against Murray when the two were in high school:

“No, I didn’t play against him in high school, but in college, definitely got that game against Oklahoma.”

On what he saw from Murray when Iowa State played Oklahoma:

“Just speed. He’s so fast, yet he’s so calm. Just his presence on the team, you can just feel it. They always believe in him.”

On his performance against Texas Tech last season and if Kingsbury mentioned it when the Cardinals drafted him:

“Yeah. What’s crazy is that after the game, he came up to me and told me, ‘You’re a beast, man. I love you, and I’m in love with your game.’ It’s just crazy how it comes full circle like this.”