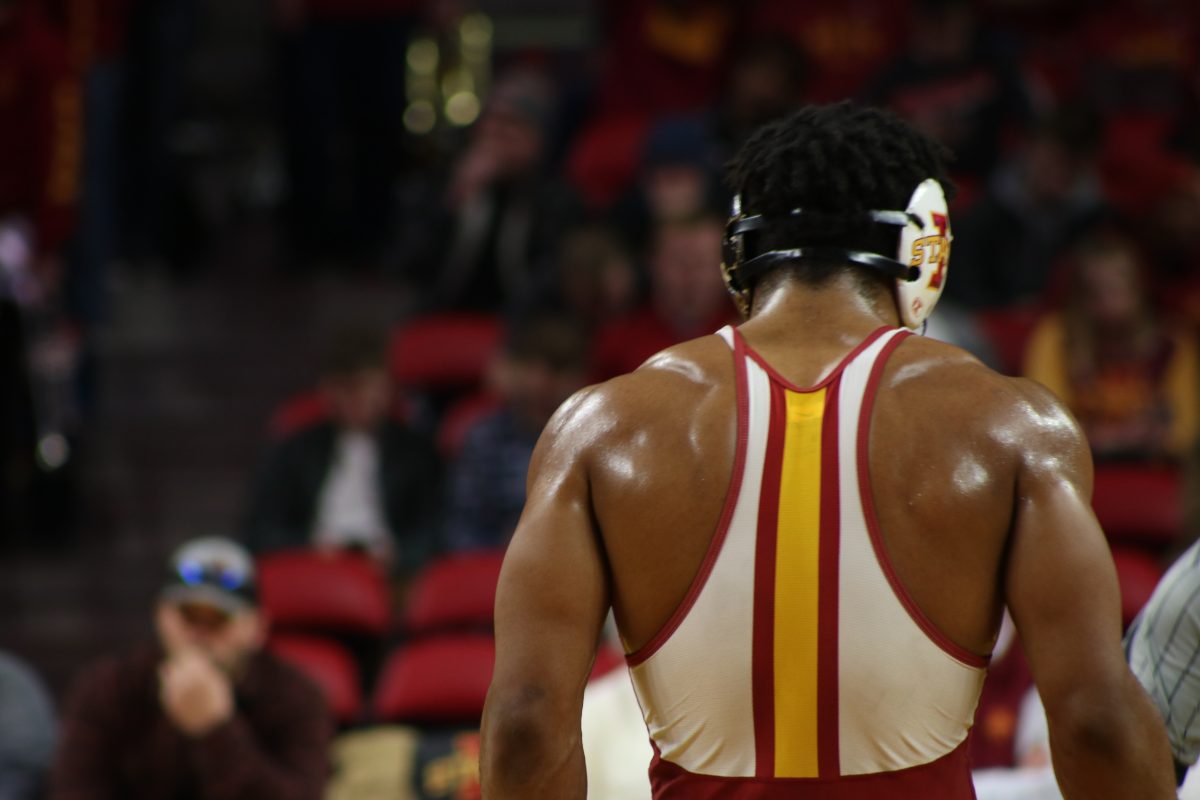 Every second counts in March. On Saturday, the No. 15 Iowa State wrestling squad walked into BOK Center in Tulsa, Okla. and did not disappoint.

After the first day of competition, all 10 wrestlers are still alive in the tournament heading into day two. Overall, Iowa State is sitting comfortably in second place with a team score of 92.5.

What we saw out of Iowa State on day one

What stood out the most about the Cyclones in the first day was that when mistakes were made or matches were lost, they didn’t give up.

The Cyclones showed what it looks like to come back stronger after you fall.

As a team, Iowa State is one of two teams to take all 10 guys into day two. The only other team to do that is Oklahoma State, who currently sits in first place.

Kevin Dresser always preaches that if these guys invest they’ll see a payout.

Last season, you couldn’t confidently look at the starting lineup and thought that each wrestler had given it all they had for a full seven minutes.

Saturday in Tulsa was a different story.

The biggest highlight moment of the day?

He wasn’t supposed to win his first match. After some bracket changes, Schumacher looked to be headed towards a loss to start the day against OU’s No. 8 Jeremy Thomas. The true freshman was able to get himself out of a tough position and got Thomas on his back.

After losing his next match to No. 1 Branson Ashworth, Schumacher won the next two to stay alive.

Gremmel started his day by getting back at UNI’s No. 6 Carter Isley. After loosing to Isley at West Gym, it was Gremmel who came out on top in the Big 12 Championship.

Something that stood out the most wasn’t his win against Isley, but his loss against No. 2 Aj Nevills. It wasn’t your typical heavyweight match (which tend to be slow).

Both men were scrappy. There was hardly a moment without action. Although losing wasn’t the result the heavyweight wanted, he didn’t lose the match easily. Gremmel stayed strong on his feet. His offense was sound and even when the action was starting to tire the redshirt sophomore out in the third period, he still fought against it until the buzzer went off.

Iowa State hadn’t had a single finalist since 2016. On Sunday, Jarrett Degen (149), Chase Straw (157), Sam Colbray (184) and Willie Miklus (197) will represent the cardinal in gold in their respective matches in hopes of walking away at the top of the podium.

Degen, Colbray and Miklus have also earned their way to the NCAA Championships.

“I don’t think the whole Chase Straw product that we know and see on a day-to-day basis is out there yet but it’s getting a lot closer to that,” assistant coach Brent Metcalf said earlier in the season.

In Tulsa, Straw showed up. He won his way to the final round with ease. He showed what it is like to see the Chase Straw product that doesn’t linger to take a shot to get the takedown or lets the buzzer beat him to the punch.

Straw lost to Justin Thomas earlier this season 9-7. Will he come back and get revenge and ultimately take first place? If Straw wrestles like he did on day one…his chances are high to work out in his favor.

Tomorrow will begin with consolation matches and the fight for third and fifth place matches at noon.

Alex Mackall (125), Austin Gomez (133), Ian Parker (141), Logan Schumacher (165), Marcus Coleman (174) and Gannon Gremmel (HWT) will all be wrestling their first matches in hopes to win and go on to compete for third place. If they lose, they will go on to wrestle for fifth place.

The finals will begin at 7 p.m.