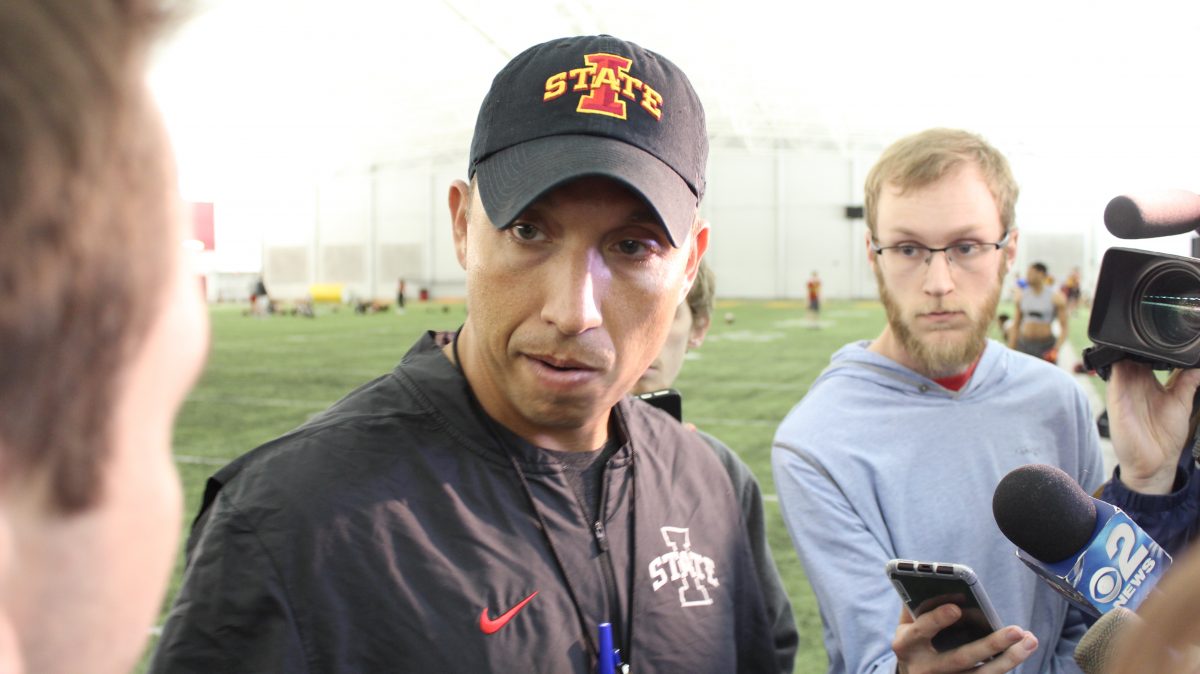 After the only spring football practice that is open to the media concluded, Matt Campbell spoke to the media to address where the Iowa State football team is at this spring.

The Cyclones are coming off of a loss to Washington State in the Alamo Bowl after going 8-4 for the first time in over a decade.

One of the biggest stories in the spring and what will continue to be big is who will be replacing David Montgomery at the running back position.

Campbell touched on it here.

The Cyclones will come into the season with some experience behind the offensive line unit – something they haven’t seen in Ames in a number of years.

Although the team has a lot of experience returning, it should be noted how healthy they are at the moment.

Even though it may not seem too early in the process, Campbell spoke on the topic as well. 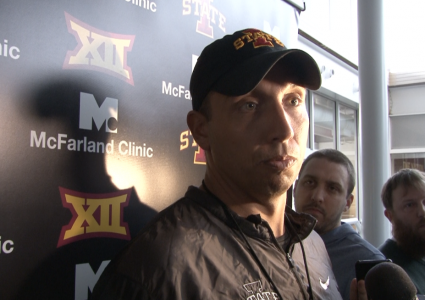 CFTV: Matt Campbell on the start of spring practice