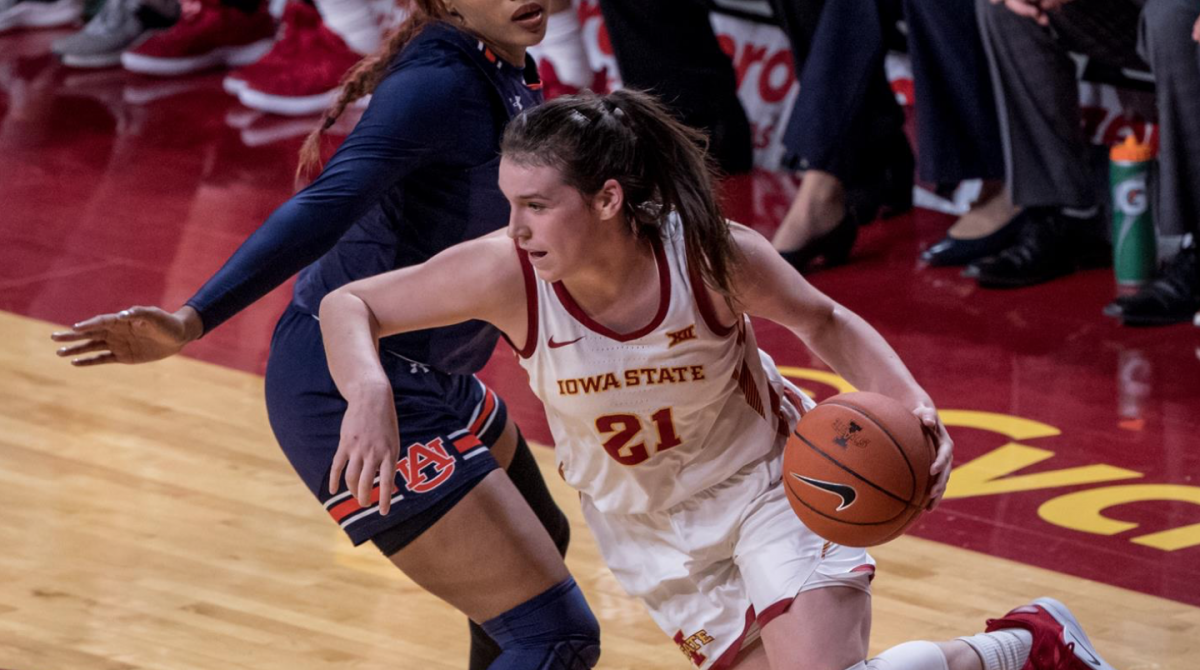 AMES — Bill Fennelly offered a heartfelt thanks to the fans at Hilton Coliseum after Saturday’s 73-60 loss to No. 1 Baylor.

Then the head coach of the 20th-ranked Iowa State women delivered an impassioned plea for star senior Bridget Carleton in terms of the forthcoming Big 12 Player of the Year honor.

Hint: To Fennelly, it’s a no-brainer.

“I think today, on a national stage, against the best team in our league there should be no doubt — no doubt who the player of the year in this league is,” Fennelly said with emphasis on the second ‘no doubt.’ “And if anyone doesn’t vote for Bridget Carleton, then you need to come talk to me. Because that’s amazing, what she did for our team today, in this environment, and everyone saw it. Everyone saw it. So it’s on the record. You can write it down. You can put it in every video. If you’re a Big 12 coach and you do not vote for Bridget Carleton for player of the year, you need to call me. I’ll see you at the Big 12 meetings.”

Moments earlier Baylor coach Kim Mulkey said her 6-7 forward Kalani Brown should repeat as conference PoY, so she and Fennelly may be having a conversation soon.

Carleton scored in double figures for the 99th time in her storied career. She leads the league in scoring (21.8 per game) and steals (2.3) and ranks fourth in rebounding (8.4).

So Fennelly spoke from the heart, with Carleton’s guady stats and accomplished skills to back his words up — and as he did, she flanked him on one side of the table, listening.

How did his supportive comments strike her?

“He has my back,” she said. “He always has my back. He’s trusted me for four years now, through the ups and downs, through everything. Even if I’m 5-for-22 from the field, the next game he draws up the same plays for me to get the same shots. I’ve grown a lot because of that and to have a coach that believes in me and thinks so highly of me is really huge.”