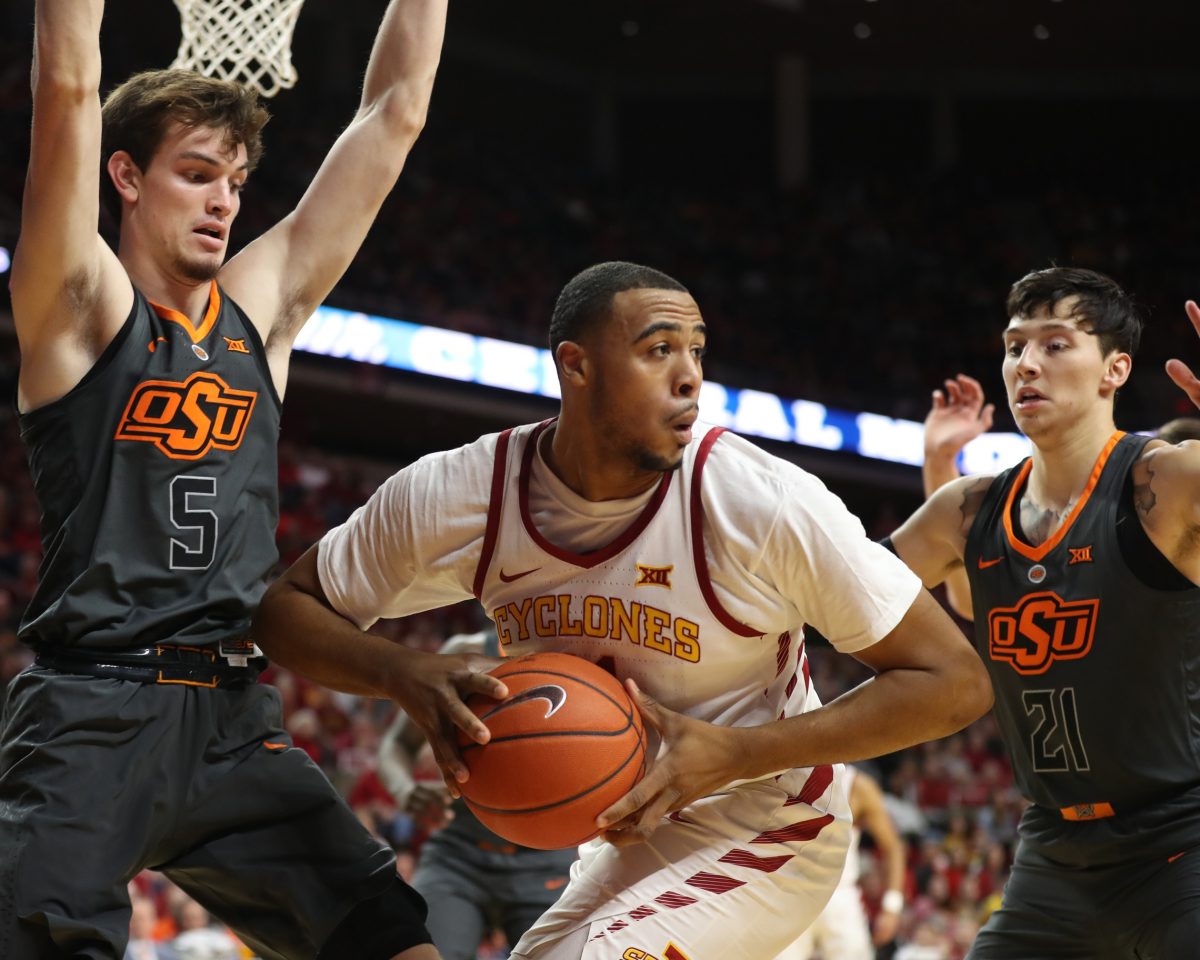 He can drain threes. He can attack the rim and finish through contact. He can jump into passing lanes for key steals and ignite fast breaks.

But Horton-Tucker — who turned 18 last month — knows there’s ample room for vital growth as the No. 20 Cyclones (15-5, 4-3) cap the first half of the Big 12 regular season Wednesday at 6 p.m. (ESPN) against West Virginia at Hilton Coliseum.

“Just taking my time,” said Horton-Tucker, who played one of his best all-round games in Saturday’s dominant win at Ole Miss. “Everything — it’s not as easy as non-conference was, so coming into conference play showed me how to prepare for this.”

He’s paid his dues in the gym, too — just like all his teammates, young and old alike.

“The game’s starting to slow down with him, the same as me, just being freshmen — it was so sped up when we got here and it’s starting to slow down for us,” said fellow rookie Tyrese Haliburton, who had nine assists in the win over the Rebels. “He didn’t start Big 12 (play) the way he wanted to, but he’s getting back in his groove and you see what he can do when he’s in his groove.”

So starting 12-of-42 from the field in ISU’s first six conference games (28.6 percent) likely will be revealed to be an aberration, rather than the norm for Horton-Tucker, who scored 16 points and drilled 4-of-8 3-point tries before fouling out in last week’s 80-76 loss at Kansas.

In other words: He’s back, but grinding to be better on both ends of the floor.

And it will be all hands on deck against a Mountaineers team (9-11, 1-6) that thrives on pressure and relentless effort on the defensive end, but struggles to score.

“I just know that they play defense,” Horton-Tucker said. “That’s pretty much it.”

As for his own defense?

That may be the biggest area in which the 6-4, 238-pound phenom from Chicago can grow.

“I think he’s a great charge guy and he can be good in gaps,” Prohm said. “What he’s gotta do, if you’re really gonna break him down defensively, he’s gotta get to where he can close out short, high hands, contain the ball, contain dribble penetration. He’s gotta do that. (And) be more up on point of screens, to switch better, to show better, but as a help defender, I think he’s done a lot of really good things.”

Better things beckon — for Horton-Tucker and for the team.

The Cyclones will cross into the second half of league play Saturday when Texas rolls into Ames. There’s a chance to solidify their spot among the conference’s top-tier teams as long as the defense continues to progress and ball movement remains crisp.

Same goes for Horton-Tucker, who feels his team turned a corner in a variety of ways in the loss at Lawrence.

“Even though we lost, it still showed the good and the bad that we can get through,” said Horton-Tucker, who’s averaging 12.5 points, 5.4 rebounds and 2.9 assists. “And it showed some high points for us, like things that we can do best at certain times.”

Making “certain times” into a “most of the time” proposition is what will determine what this ISU team’s ceiling truly is — as well as Horton-Tucker’s.

“I think he’s having a good freshman year,” Prohm said. “Has he had some up and down games? Yeah, but that’s part of it. You’re gonna play two games a week, they’re not all gonna be perfect. Do I want to see him continue to grow on the defensive end? Yes. Does he need to continue to improve shot selection? Yes. Is he a high-level offensive skill player that can do a lot of things? No doubt about it and he’s gonna continue to improve that and be aggressive.”