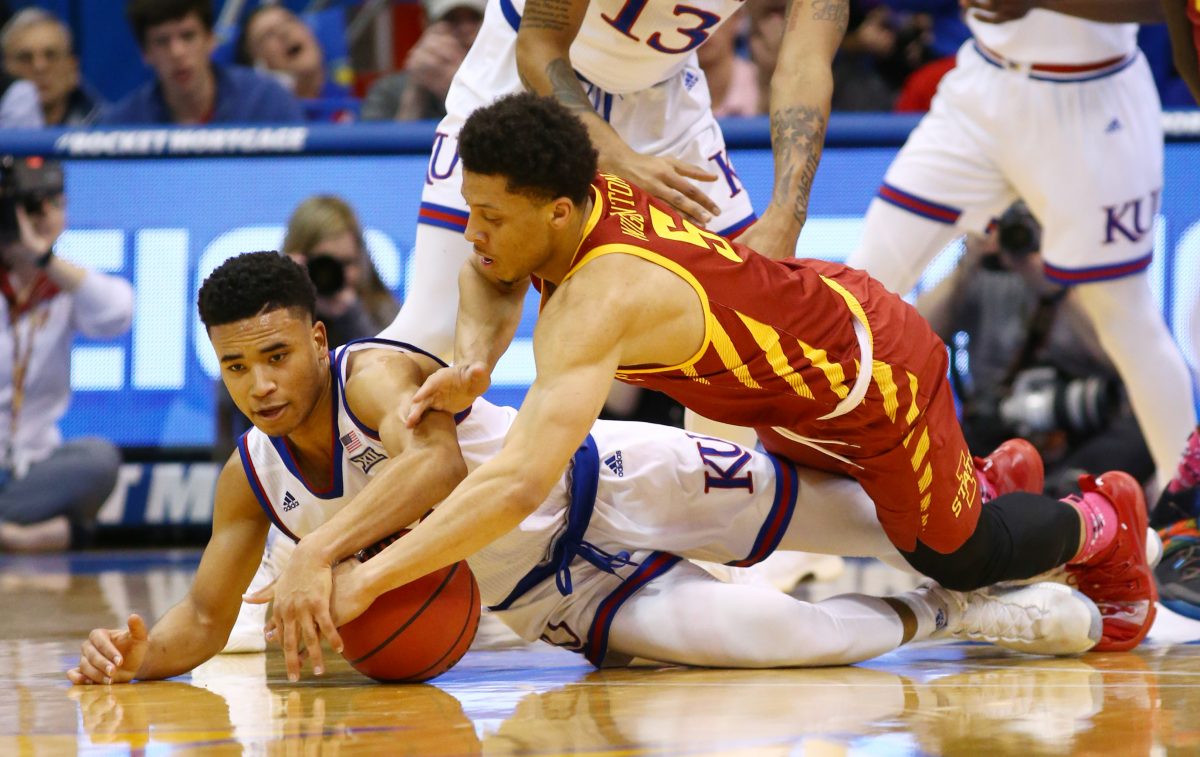 With that being said, it takes near perfection for an opposing team to enter the Phog and leave with a victory. Iowa State played close to that level for 25-ish minutes Monday night in Lawrence — then 14-0 happened, which put the No. 9 Jayhawks in position to seal an 80-76 win.

“I think the biggest (second half) adjustment was just the physicality. I think that was the No. 1 thing. They really got into us, rode us off cuts and got into the ball. That’s on me. That’s on me. This one’s on me,” Iowa State head coach Steve Prohm said. “I probably had our guys thinking too much offensively. We were stagnant, we didn’t move the ball, we didn’t cut with a purpose, we didn’t screen. I told them as good as we played offensively in the first half at Tech last week, it would have to be that type of game for us. Our pace wasn’t very good, but our pace wasn’t very good because at the end of the day we didn’t really guard the dribble well. I told the guys if we give up less than 40 in the second half, we’ll win this game. We gave up 43. If we give up 39, we probably win or go to overtime.”

Lagerald Vick got to the rim and scored, signaling the start of what became a troubling trend for Iowa State’s defense against dribble drivers. Marcus Garrett did the same almost exactly one minute later then Vick knocked down a pair of free throws, tying the score at 53.

Horton-Tucker fired an ill-advised step-back 3-pointer the next time down the court. The long rebound started a fastbreak that ended in a Devon Dotson lob to Vick, which he hammered home, sending Allen Fieldhouse into a frenzy, breaking everyone in the building’s eardrums and shifting the momentum straight into the corner of the Big 12’s bully.

“We just couldn’t get stops and build momentum,” senior guard Marial Shayok, who scored 26 points and grabbed six rebounds, said of the Kansas run. “And then we didn’t execute on offense. It’s something we’re going to learn from and get better for sure.”

I have to tip my cap to the Cyclones for not giving up at that moment. A lot of teams would have in this building. It is a remarkably difficult venue to play in as an opposing team and something that is almost hard to truly comprehend until you have experienced it in person.

Once the snowball gets rolling, it gets awfully hard to stop. Iowa State was able to do it though as they battled back to tie the game at 69 with 2:29 left and then had an opportunity to take the lead on a fastbreak opportunity trailing 72-71 with 1:33 on the clock.

Again, it takes near perfection to win in the Phog. Iowa State’s transition opportunity turned into a Lindell Wigginton turnover after his pass expecting to find Tyrese Haliburton in the corner for a wide-open 3-pointer sailed into the seats.

It is a mistake you could look at from several angles. Wigginton struggled the entire night, shooting 1-of-8 from the field, 0-of-2 from the free throw line and turning the ball over three times, and he will take a lot of the blame for the errant pass. Haliburton’s teammates were quickly hounding him for not getting deep enough in the corner so you should pass some of the blame over to him, too.

In the end, it was not near perfect — and that’s what it takes for opposing teams in Allen Fieldhouse.

“That’s the game. He’ll bounce back,” Prohm said of Wigginton’s struggles. “That’s just the game. In these moments, you want your best players to play their best. He’ll be better for it down the road.”

Only 15 seconds after Wigginton’s turnover, Garrett converted what felt like his 6-thousandth layup of the night. Michael Jacobson, who scored 12 points and grabbed 11 rebounds, put in two free throws shortly after.

Then Dedric Lawson, who put together an All-American virtuoso performance to the tune of 29 points on 13-of-17 shooting and 15 rebounds, delivered the kill-shot with a 3-pointer from the top of the key, essentially hammering home the victory for the home team.

Iowa State kept getting so close, even after the generally soul-crushing run and patented Phog Allen pandemonium. They proved once again they are good enough to compete with anyone on college basketball’s biggest stages and there can be special things still on the horizon.

It required close to perfection to on Monday, though. The Cyclones got close to close, but that is seldom enough in this building.

“I think a little bit of our youth came in today,” Shayok said. “It’s something we’re going to learn from. Better to have it now than in the tournament or the conference tournament. We’re going to move on from it and get better.” 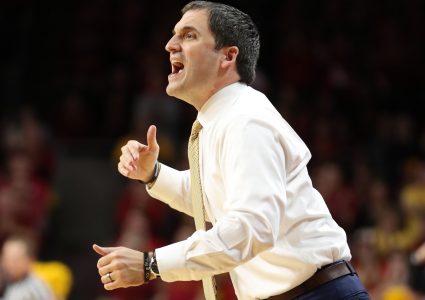 BLOG: Five takeaways from the loss at Allen Fieldhouse 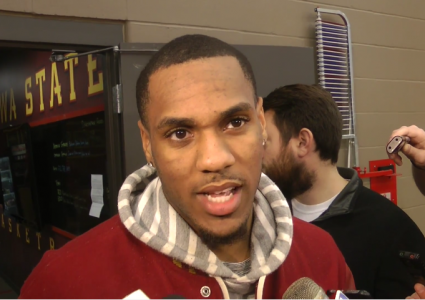