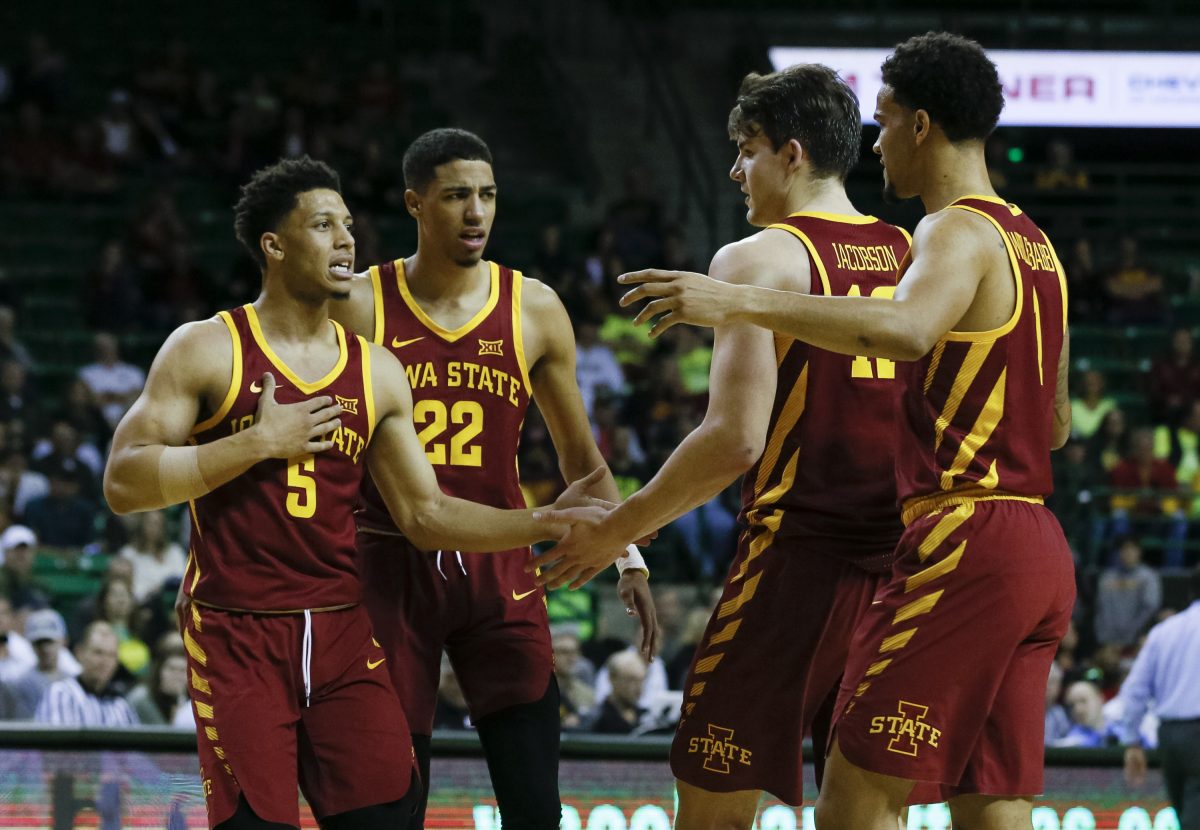 The week-to-week 180 that a college basketball fan can feel over the span of seven days is incredible.

After a 2-0 start to Big 12 play, what in the hell happened to Iowa State?

I am as perplexed as you are and will walk you through my thoughts on the situation below.

1 – I have no idea what happened on Saturday vs. Kansas State.

I was nervous leading up to this one for a couple of reasons.

Kansas State isn’t as bad as the national perception indicates. They were decimated with injuries during the non-conference portion of the schedule and it was likely that the Big 12’s Preseason Player of the Year, Dean Wade, was coming back vs. the Cyclones. Even if it wasn’t a major box score stimulus (Wade had two points and nine rebounds Saturday), his return was absolutely a morale boost for the Wildcats.

The Wildcats were already full of confidence following their recent 21-point comeback win over West Virginia.

Meanwhile, Iowa State was coming off of a heartbreaking road loss at Baylor.

How would Iowa State respond to some adversity?

I knew that Iowa State would be in for a slugfest. However once Iowa State came back to claim a 55-48 lead late in the second half, I never thought that the Cyclones would lose.

In fact, at that point, I turned to Jared Stansbury and said, “They are going to cover.”

Blowing a lead like that inside of Hilton is inexcusable.

For what it’s worth, I went back and watched the last five minutes again and other than the final possessions (which was a disaster), Iowa State had good looks and just couldn’t make a shot – or free throw – or much of anything.

2 – The Cyclones obviously didn’t respond well to the Kansas win.

Imagine being a college student…You don’t beat the fifth-ranked team in America by 17 (the game wasn’t even that close) and not read a single headline about how great you are.

While I don’t believe this is the reason why Iowa State went 0-2 last week, it certainly didn’t help Steve Prohm’s situation when it came to managing the personalities within this roster.

Staying sharp after that Kansas win was a big test for this team – a test that the Cyclones failed.

3 – We need to see more of George Conditt and/or Cameron Lard.

Michael Jacobson has been great this year and by all means, deserves minutes going forward. But against longer, more physical Big 12 teams, I’m not sure his size and style fit as well as it did earlier in the year.

I think this is why Iowa State received such a boost on Saturday via the freshman George Conditt. He has the size and athleticism to be able to rim run and produce around the bucket. Conditt is a lighter version of Cameron Lard, who is currently injured.

We need to see more of this pair at the five in the coming weeks and I believe that we will.

4 – The Cyclones don’t appear to be in sync.

I hate to pin it on one or two guys and I won’t. But ever since Lindell Wigginton came back from injury and the others returned from suspensions, Iowa State just doesn’t appear to be in sync.

The Cyclones were as sharp as a tac against Kansas, but Wigginton only played 17 minutes.

This isn’t an easy situation, but I’m just not there yet.

If Prohm needs to sit Wigginton to send some sort of a message, go for it. The head coach knows what’s going on behind the scenes better than any of us.

But if this is simply an on-court chemistry problem, at some point the guys have to play through it and figure things out. That can’t happen with Wigginton on the bench.

5 – “A person’s true nature is revealed at times of the greatest adversity.”

That’s one of my favorite quotes.

It certainly rings true for this Iowa State team as it is staring down the barrel of its tough schedule stretch of the season (at Texas Tech, vs. Oklahoma State, at Kansas and at Ole Miss).

I go back to what Bill Self said about this very Iowa State roster just over a week ago:

“They don’t have McDonald’s All-Americans like some schools are able to recruit so their guys don’t get the same national publicity going into a season. By the time they’ve been at a place for, and there are multiple teams in our league that do this, by the time they’ve been at a place for a year or two, they end up being every bit as good as the heralded guys going to their respective schools. Those guards, Babb, obviously, (Tyrese) Haliburton and (Lindell) Wigginton and Shayok, those four guards can play for anybody in the country. Anybody. They’re part of the rotation for the best teams in the country. I love their talent level.”

That’s a real quote about this roster from only nine days ago by one of the most accomplished coaches in the history of college basketball!

However, it means nothing if these guys don’t come together as a whole. Absolutely nothing.

Unlike last year, this group actually has the dudes to do something special. We saw it a week ago! This team can still be really, really good.

But only if they choose that “we over me” mentality.