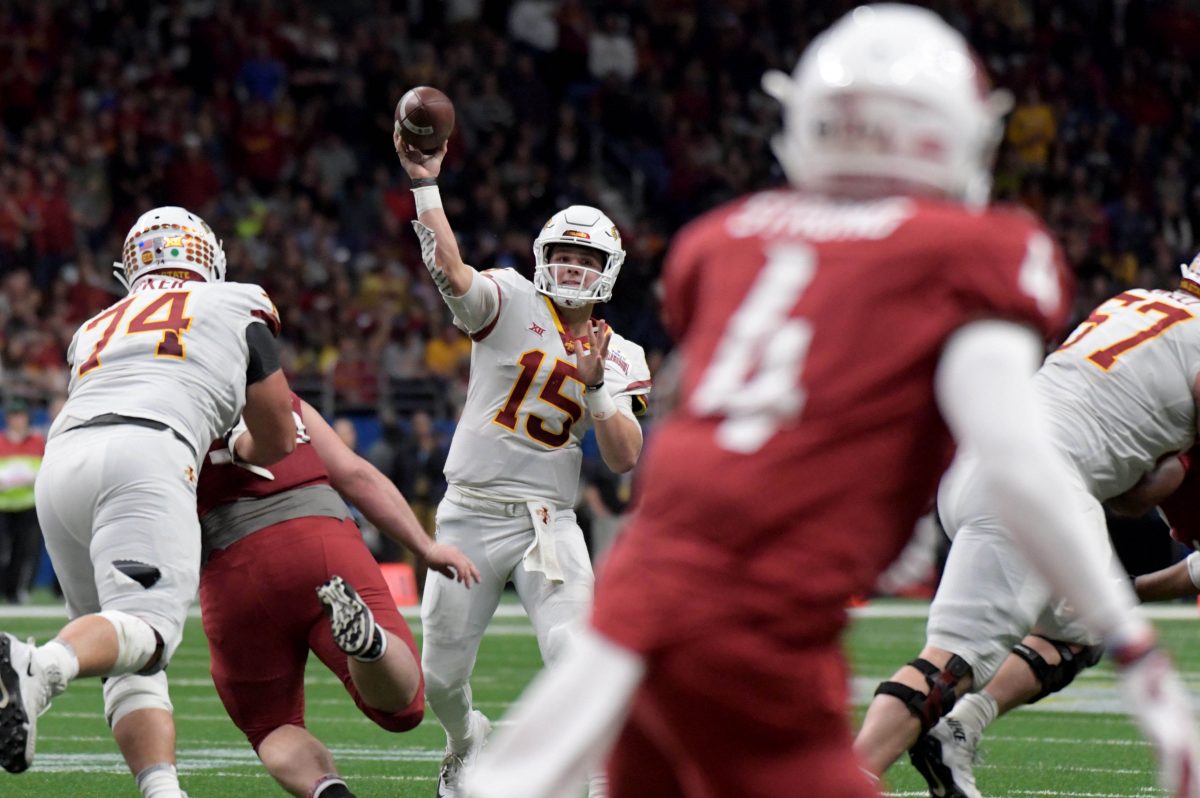 Despite losing its two biggest offensive weapons to the NFL Draft on Monday, Iowa State is slated at No. 14 in The Athletic‘s Stewart Mandel’s Way-Too-Early 2019 Top-25.

“Matt Campbell’s program continues to make strides,” Mandel wrote. “Iowa State fielded the Big 12’s No. 2 defense this season and will return most of its two-deep. Though star RB David Montgomery and WR Hakeem Butler left early, freshman QB Brock Purdy‚ No. 6 in the nation in passing efficiency, returns as the offense’s cornerstone. Plus the O-line should return intact.”

Purdy was one of the biggest revelations of Iowa State’s 8-5 2018 campaign that closed with a 28-26 loss to Washington State in the Alamo Bowl. The true freshman from Arizona completed a school-record 66.4 percent of his passes and recorded a school-record 169.91 passer rating.

He finished the season with 2,250 passing yards, the ninth most in a single-season at Iowa State. Although they lose Purdy’s top target in Hakeem Butler, wide receivers Deshaunte Jones and Tarique Milton, plus tight ends Charlie Kolar and Chase Allen, are all set to return.

The defense will enter the season with sky-high expectations after another stellar season behind defensive coordinator Jon Heacock. The group will be led by defensive end JaQuan Bailey, who enters the year tied for the program record in career sacks, linebacker Mike Rose, who was named a Football Writers Association of America Freshman All-American on Monday, and defensive tackle Ray Lima, a multiple time All-Big 12 honoree.

The Iowa State football hype train is still just leaving the station with 235 days remaining until Northern Iowa visits Jack Trice Stadium for the season opener on Aug. 31, but the anticipation is already building at a breakneck pace.