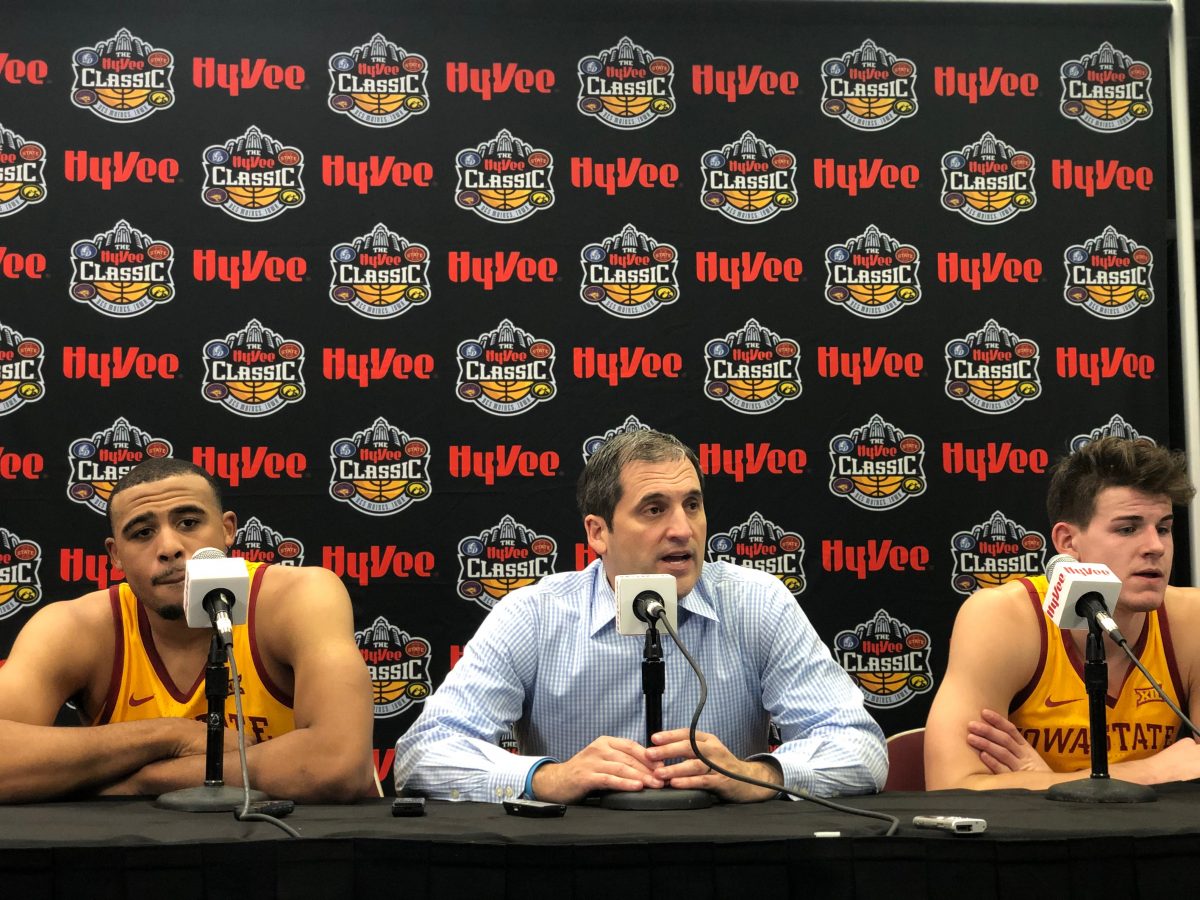 DES MOINES – Saturday’s Hy-Vee Classic matchup with Drake was not Michael Jacobson‘s first experience playing in Wells Fargo Arena, but it was probably his best.

Iowa State’s junior forward scored a game-high 22 points shooting 9-of-12 from the field and 3-of-4 from the field to lead the way in a 77-68 win over the Bulldogs. It was the Waukee native’s first win in the state’s premier arena after the first two tries – in the 2012 and 2015 Class 4A state basketball tournaments – ended in losses.

“I just think it was special because I grew up coming here with my family, my parents, my uncles, my aunts, we’d all come down here and come to the Big Four and watch it. It meant a lot and just being 20 minutes from here is really cool,” Jacobson said. “I’ve played a couple games here before and I think that was my best game here so that was kind of cool. I’ve played a couple games here before and it was good. It was a cool moment for me.”

Where would this team be without Jacobson? It is an interesting question to ask when you consider Iowa State (9-2) has played the majority of the team’s first 11 games without its two best returning frontcourt players.

It is even more interesting when you add in the fact the transfer from Nebraska has played like he will be an All-Big 12 shoo-in at the end of the season. Coming out of Saturday, Jacobson is averaging 15.5 points (second on the team behind Marial Shayok, who added 18 points of his own on Saturday) and a team-high 6.5 rebounds per game.

“And we had two guys hurt and two guys suspended? Man, George (Conditt) would be the five or we’d just play five guards,” Iowa State head coach Steve Prohm said when asked that very question. “I don’t know where we’d be.”

Michael Jacobson on playing in the Big 4 Classic in this CFTV. pic.twitter.com/1AxPuOBC7C

As it stands now, Iowa State is 9-2 with two more players set to return next week against Eastern Illinois, completing the team’s roster as it enters Big 12 play on Jan. 2. The Cyclones will end this stretch far ahead of where anyone could have expected when it was announced Lindell Wigginton would be out until mid-December following the season-opener.

The Cyclones have done it largely by being efficient on offense and energetic defensively. The efficient offense was the biggest key on Saturday as the Cyclones shot almost 45 percent from the field and better than 39 percent from behind the arc.

They finished the game with 17 assists on 30 made baskets with just seven turnovers. Nick Weiler-Babb (13 points and six assists) and Talen Horton-Tucker (15 points, nine rebounds, four assists and one soul-crushing dunk) played their roles well.

It was Iowa State’s at times stingy defense that nearly held it back against the Bulldogs, allowing too many lanes to the basket and not strongly contesting jump shooters often enough.

“I think the biggest thing is just everybody loves offense. I fall in love with it too. I don’t know if it’s Ames, Iowa makes you fall in love with offense or what but we’ve got to focus,” Prohm said. “If we’re good on defense, we’re going to be better offensively because we can play in space and we’ve got four guys who can push the break. We’ve got to be better defensively.”

Iowa State was saved on Saturday by one of the best performances of Jacobson’s collegiate career. It makes you wonder where this team would be if he was not wearing Cardinal and Gold.

But, it does not matter. He is wearing Cardinal and Gold — and now he has a win in Wells Fargo Arena. 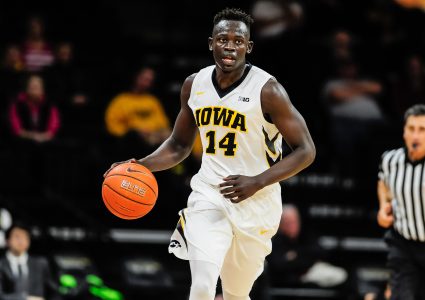 Five keys to an Iowa State win over Iowa