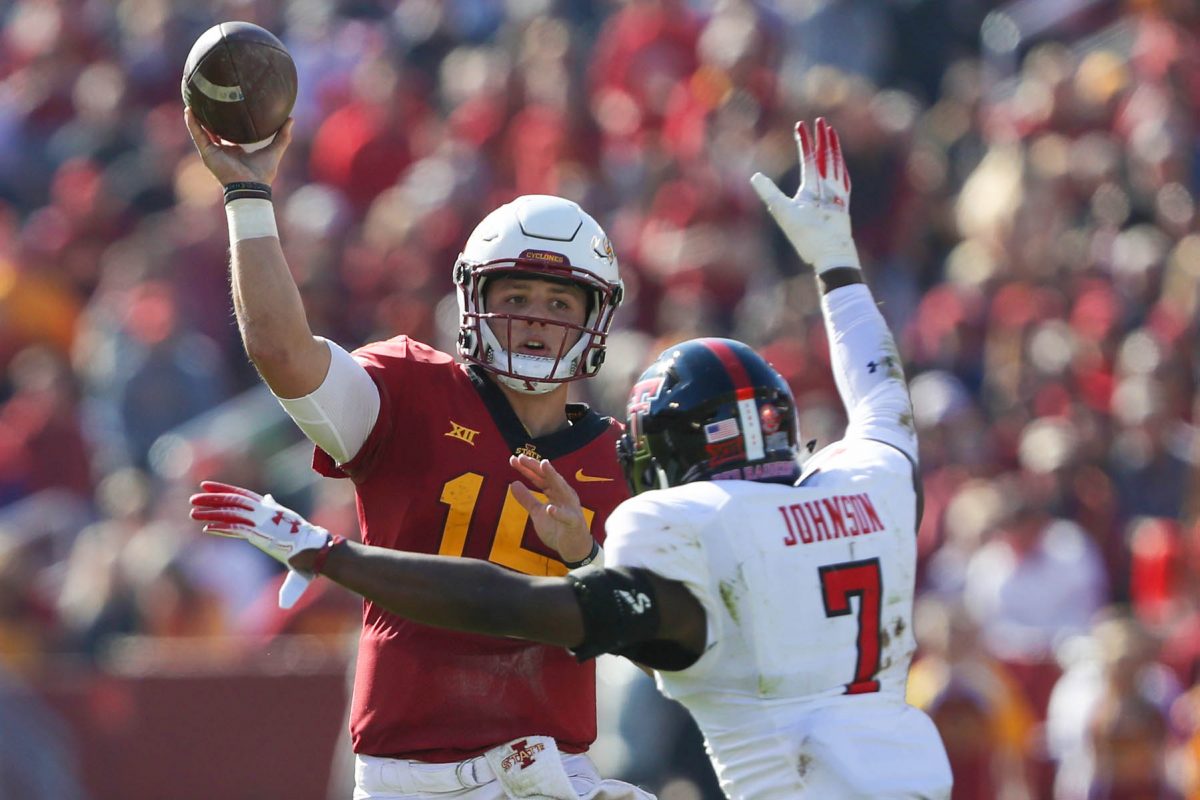 AMES — His arm. His quickness. His well-timed pump fakes.

But one thing leaped off the virtual celluloid to make the Arizona native a prime recruiting target: His ability to calmly take total control of the game; to fully embody the term quarterback in every sense of the word.

“I think that’s what jumped off the film when I watched (it),” said Campbell, who will lead Purdy and his teammates onto the field Saturday at 7 p.m. (Longhorn Network) for a mammoth matchup at Texas that’s replete with Big 12 title game ramifications. “I was so excited, it literally took two seconds for me to pick up the phone to call his high school coach. I say, ‘What’s going on with this kid?’ That piece is exactly what I loved. You could tell — and you’ve heard me talk about Baker (Mayfield) a lot like this, he owned the offense. He knew where to go. It was his offense. And that’s where — Brock’s not there yet, but boy, oh boy, can we imagine what he’s gonna look like and be when he gets there?”

And discerning what Purdy might look like with a bit more polish and experience will be aneasy  task on Saturday in the 500th game at Darrell Royal Memorial Stadium.

“His growth is what you hope to see in a guy like Brock — the opportunity to play more meaningful games,” said Campbell, whose team is 2-13 all-time against Texas. “Quarterback is such an experience position and I think what you see from (Ehlinger) is that he’s owning the offense. He knows where to go with the football. It’s really hard to disguise things and trick him because he’s owning the offense. When you see really good quarterbacks playing at a really good rate, you see guys that own the offense. That’s what he’s doing right now. He also has the athleticism, that when thing break down, he can make things happen.”

“He don’t get rattled,” ISU big-play receiver Hakeem Butler said of Purdy. “He’s old for what he is.”

Stats bear out Purdy’s up-and-coming comparison to Ehlinger, who’s thrown 280 passes without an interception — a program and conference record:

*** Purdy’s thrown 13 touchdown passes to two interceptions. Ehlinger, in twice as many games this season, owns a 20-to-two TD to pick rate.

*** ISU’s playcaller has ascended the ranks from third-string possible redshirt option to the nation’s highest-rated true freshman on offense, according to Pro Football Focus. Ehlinger shrugged off last season’s on-and-off starting quarterback shuffle to lead a burnt orange renaissance in 2018.

Brock Purdy is the highest-graded true freshman at QB / on offense this seasonhttps://t.co/7b7q0DBqzi pic.twitter.com/OxZlRutfa3

*** Ehlinger’s averaging 3.1 yards per carry and owns an 18-yard jaunt this season. Purdy’s averaging 3.8 yards per tote, and has broken off a 29-yard run. Both are potent run threats, with their per carry average adversely affected by sacks.

“Once the quarterback has athleticism, it certainly changes the dynamic of defensive football,” Campbell said. “It’s something that must be a focal point for us.”

Same goes for the Longhorns, who are as enamored of Purdy as the Cyclones are of Ehlinger.

“Purdy is — the guy is undefeated,” Texas coach Tom Herman told reporters this week. “He’s 5-0. He’s got a ton of moxie. Nothing phases that kid. It doesn’t matter the opponent, the atmosphere, the stadium, he’s got that ‘it’ factor, and he’s got really, really good legs.”

About that atmosphere: Campbell doesn’t expect any of it to faze Purdy, who’s proven to this point that he shares the same unflappable DNA with former starter Kyle Kempt, who has shifted into assistant quarterback coach mode after going down with an injury in the season opener and returning as the top backup.

“You ask Brock, ‘How do you feel about these plays?’ Or, ‘What plays do you like?’” Cyclones receivers coach Bryan Gasser said. “‘Coach, whatever plays you call, I’m ready for.’ That’s just his deal.”

Purdy simply suits up, fastens his chin straps, and goes about his business with a blend of ebullience and efficency that’s rare for any quarterback, let alone a true freshman.

I’ve never been around a quarterback at his age that’s done that,” Gasser said. ” I think, obviously, Kyle has been a tremendous help for him. Times when we’re not around Brock, or we’re not watching film with Brock, those two guys are really talking through the game plan, looks, some check and those things. Having Kyle there to help support that is huge for us.”

Or, in the Cyclones eyes, just another game.

Purdy reflects that equanimity and “in the moment” mindset perfectly, as do his teammates, young and “old” alike.

It partially explains why No. 15 Texas is a mere 3-point favorite at home against the No. 16 Cyclones — and Saturday represents the first time the programs will meet as ranked teams since the Longhorns won at home, 21-10, in 2002.

“Everybody on the team trusts in each other,” ISU offensive lineman Josh Knipfel said. “Coach Campbell preaches that you’re one play away kind of thing. I think everybody on the team knows that at any given moment you could get called up to the plate and you need to be ready to perform.” 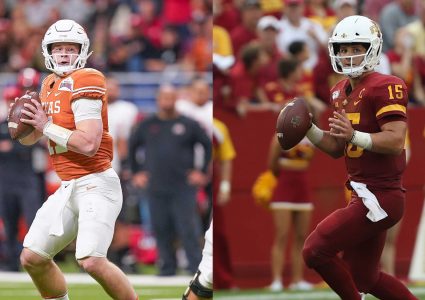 Ehlinger vs. Purdy: The case for preseason All-Big 12 quarterback 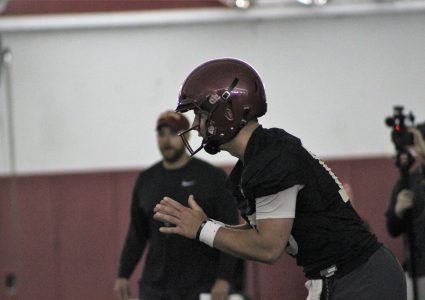