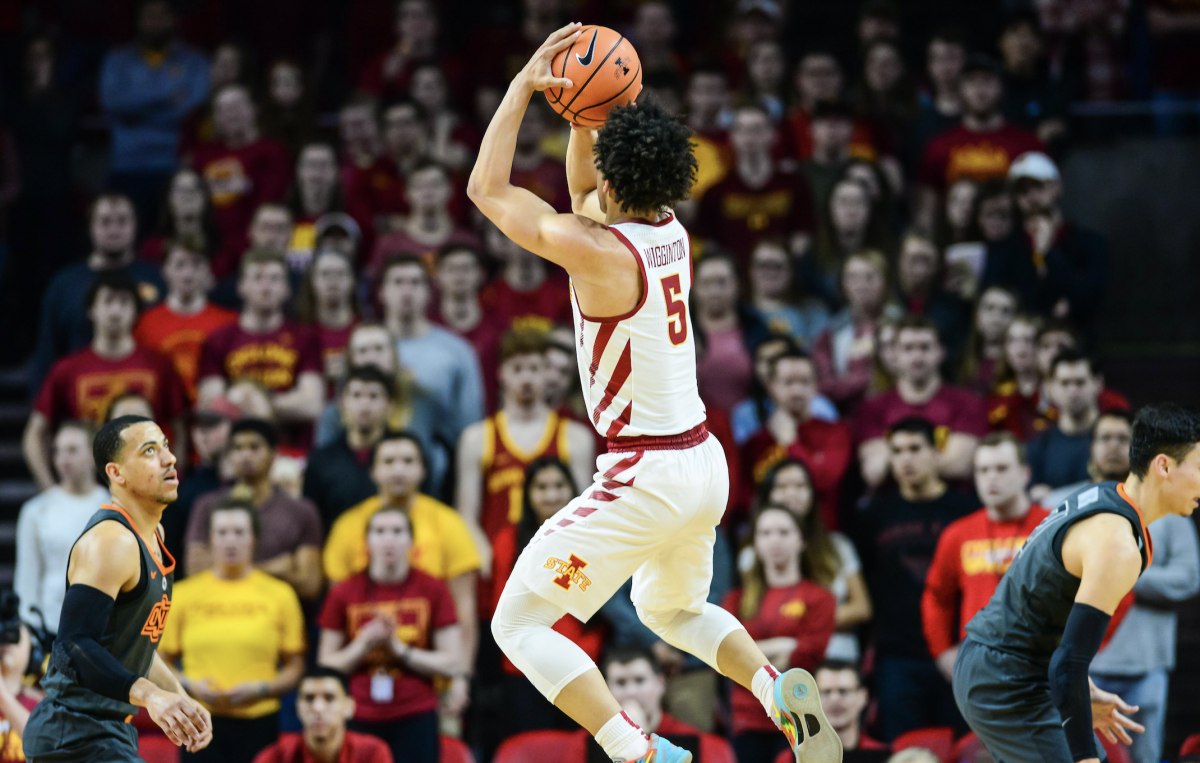 You guys don’t need to hold your collective breath anymore. Cyclone Nation, go ahead and go back to being really excited about the 2018-19 basketball season. Lindell Wigginton is returning for his sophomore season.

Let’s break this down a little bit more with five thoughts from Wednesday’s big decision.

My colleague Jared Stansbury and I had a detailed conversation about this on Monday. You can read his thoughts here, which were a little more damning than mine – had Wigginton decided to not return. Without Wigginton, Jared had Iowa State near the bottom of the Big 12 and out of the NCAA Tournament.

While I still had the Cyclones in the Tournament, there is a massive difference in being a long shot to win the conference (like Iowa State is now) compared to potentially being on the wrong side of the bubble on Selection Sunday.

So yeah, this news was incredibly significant. Not only was Wigginton a top five scorer in the Big 12 as a freshman last season (16.7 points per game), but he’s a point guard! It’s the most important position in basketball. Iowa State not only got its best player back, but its quarterback as well.

Was a blessing going through the draft process but I have made my decision. I’m now looking forward to helping lead the Cyclones to a great year and getting us back on the national map! Thanks so much to all of the support from CyclONEnation during this process! #Year2 💫 pic.twitter.com/atpJGNdGM8

2 – He really can be one of the best guards in the country.

Shortly after announcing his intention to return for a sophomore season, Wigginton said that one of his goals was to be one of the best guards in the country.

It will be interesting to talk to Lindell and see what kind of feedback he got from scouts during the draft process, which he nearly exhausted every hour of.  Physically, what are they pushing him to get better at? I’m assuming that ball handling will be a focus.

The most impressive aspect of Wigginton’s freshman campaign was his 40 percent mark from 3-point range. Nobody saw that coming. Can he keep that up? That would be big not only for the Cyclones, but Wigginton’s draft stock in 2019.

The amount of talent around him will be vastly different than what Wigginton played with as a freshman. He should grow simply because of that too.

3 – It’s time for Steve Prohm, the point guard whisperer to do his thing.

Lindell needs help and Prohm might be just the guy to get him there. After all, Prohm’s development of Cameron Payne and Isaiah Canaan during his time at Murray State is a big reason why he currently has the Iowa State job.

My guess is that Prohm had so much going on last year with such a young and raw roster that he probably didn’t get to spend as much one-on-one time with Wigginton as he wanted.

This year should be a lot different and Wigginton will be better off for it.

4 – Let’s see Lindell really step up as a leader.

The one thing that Wigginton never had last year was an older guy to step up and really show him the ropes. There was no DeAndre Kane for Monte Morris. No Naz Mitrou-Long or Georges Niang. No Melvin Ejim to establish a culture for the next round of transfers.

The only guys capable of doing that on last year’s team were Donovan Jackson and Nick Weiler-Babb, neither of whom are exactly what I would describe as a vocal leader.

At the end of last year – despite the losing – that was Wigginton’s team. He needs to extend that feeling to these upcoming summer months and win the trust of what is perhaps the best recruiting class in Iowa State history.

The talent is there next year for Iowa State to be a serious contender in the Big 12 but chemistry will once again be a bit of a toss-up. Things should be better as most of these guys have played together before. But “should be” is different from actually seeing it.

I think that Kansas and Kansas State are clear-cut one and two. West Virginia should be really good. After that, there’s a big clump of teams and Iowa State should be right in the thick of it.

But feel free to be excited. Wednesday was a good day.