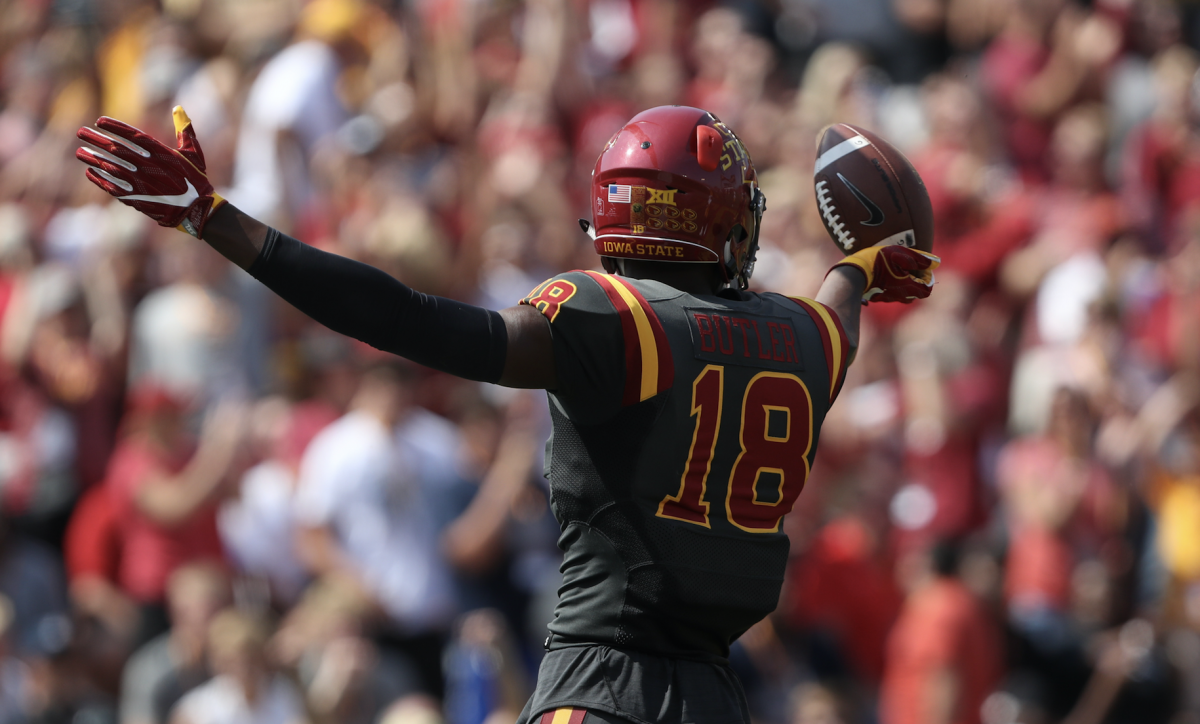 It’s the time of year when predictions for the upcoming football season will start to emerge. Preseason magazines will be hitting the newsstands soon! On Saturday, we got our first crack at what the “experts in the desert” think about Iowa State football in 2018.

According to BetDSI, Iowa State’s over/under win total is at 6.

For what it’s worth, I had it projected at 6.5. (I still think that when more mainstream sports books release their numbers in the coming weeks, we will see a handful of them at 6.5.)

Let’s just go game-by-game today and rank these as wins, toss-ups and losses.

The Jacks will be a top 10 FCS team to start the season and are very capable of knocking off a Power-5 program. The good news is that Iowa State isn’t that type of program anymore.

I know both of these teams well and think this preliminary point spread will be anywhere from 3-5 in favor of the Hawkeyes. Like it was a year ago, the Cy-Hawk game will be a swing game for both programs. Iowa State should have won this game last year. The Cyclones are fully capable of winning it this time around. You have to respect Kinnick Stadium though, as Vegas will in making the Hawkeyes a slight favorite.

I know, Iowa State won last year. The Sooners will be breaking in a new quarterback and this is their first road game of the season. All valid points. Vegas will tab the Sooners as a touchdown favorite before the season though, which marks it as a “loss” in our analysis. I do love the fact that Iowa State gets Oklahoma at home early in the season though. The Cyclones (knock on wood) should be relatively healthy in week 3, which is always important when going toe-to-toe with a program of Oklahoma’s stature.

The Cyclones cruised on the road in Akron last year. There is no reason to believe that this bout will be any different.

A winnable game for Iowa State if the Cyclones are going to contend to finish in the top half of the Big 12. Gary Patterson’s defense will once again be elite. A new quarterback might be a blessing for the Horned Frogs. Expect the Cyclones to be 7-10 point underdogs here.

I am not high on this Cowboy team next season. Vegas probably likes them more than I do, so I fully expect Oklahoma State to be a touchdown to 10 point favorite in this one. Vegas will have this in the “loss” category but I’m comfortable with labeling it as a “toss-up.”

Circle this to be one of the most important games of the season. It’s coming off of a BRUTAL opening six games of the season and by all means, West Virginia is a team that Iowa State should be neck-and-neck with in the middle of the Big 12 standings. My personal analysis is that the Mountaineers will be better than what this particular sports book has them pegged at, but we’ll see. Nonetheless, this will be a huge game for both programs. Think of it this way: Iowa State will either desperately need this game to feel better about itself after a tough start or the Cyclones will be rolling and it will be a massive game as far as what is on the line.

The Cyclones are just plain better than Texas Tech based off of what we know right now.

The Bears should be better than they were a year ago but you’ve got to love the fact that Iowa State gets them at home in November. I expect the Cyclones to cruise here.

Who really knows what to expect from Texas? I’m leaning towards a Longhorn turnaround this year. Todd Orlando is one of the best defensive minds in the sport while Tom Herman is the same on the offensive side of the ball. You have to lean Texas here but would anybody be shocked if Iowa State rolled into Austin and stole one?

With five wins and five toss-ups and the number at six, I’d lean on the OVER.

What do you guys think?