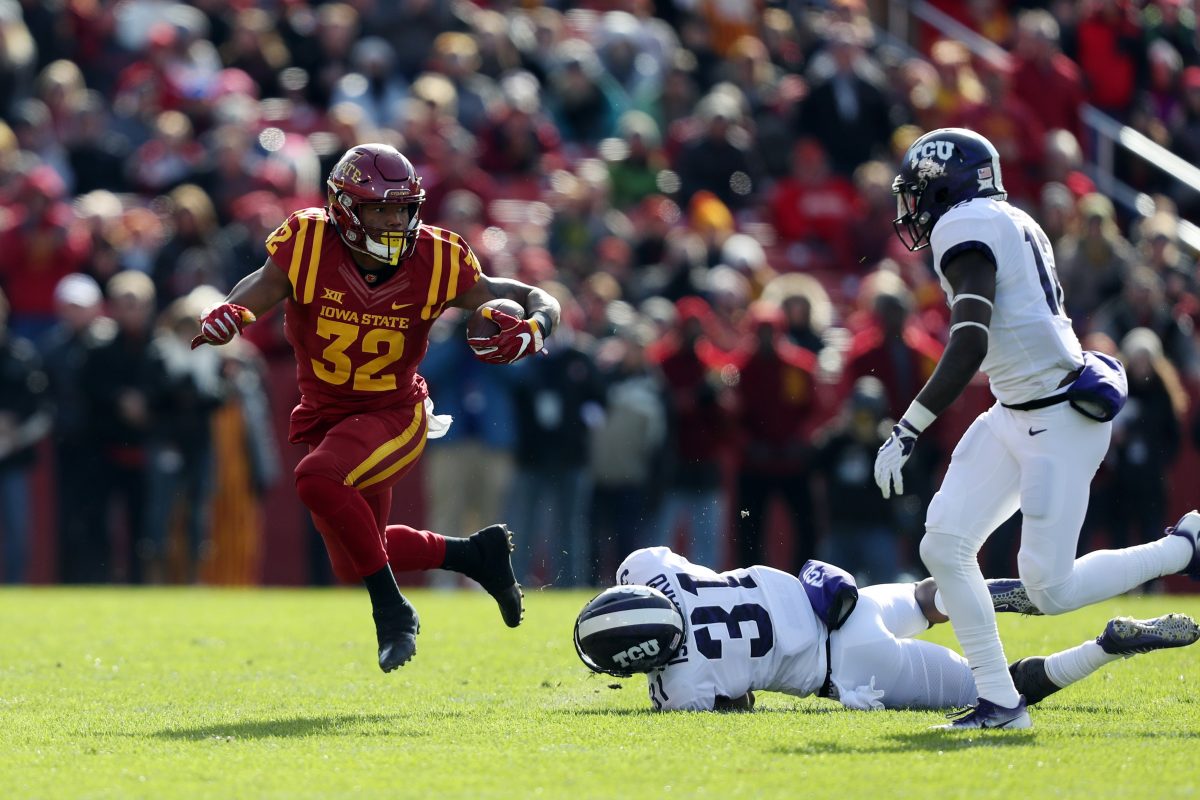 A week from today, the spring football season will be behind us and “offseason” mode will officially in session in Cyclone Land. Preseason magazines will start hitting the shelves in a month or so and the build to the 2018 season will begin.

Over the weekend, I stumbled upon one projection as to how next season will go down.

Meet ESPN’s FPI – the Football Power Index. It’s described as “a measure of team strength that is meant to be the predictor of a team’s performance going forward for the rest of the season. FPI represents how many points above or below average a team is. Projected results are based on 10,000 simulations of the rest of the season using FPI, results to date and remaining schedule.”

So how is this measured in the preseason?

“These components are made up entirely of data from previous seasons, such as returning starters, past performance, recruiting rankings and coaching tenure.”

The FPI gives bonus consideration to a team with a returning starting quarterback as well, which Iowa State will benefit from via Kyle Kempt’s sixth year.

All together, my guess is that Las Vegas will use much of the same criteria when it sets win/loss totals for the season. Let’s dig in.

FPI’s projection for the Cyclones

— The model has Iowa State favored in seven games next season, but also starting 2-4 vs. a brutal front half of the schedule. Throw all 10,000 simulations together and FPI has the Cyclones with an average of 6.3 wins and 5.8 losses.

— FPI ranks the Cyclones as the 41st best team in the country, 6.7 points above average. In case you’re wondering, average is projected to be Fresno State, who is ranked 63rd.

— FPI’s projections say that Iowa State has a 2 percent chance of winning the Big 12 next season. 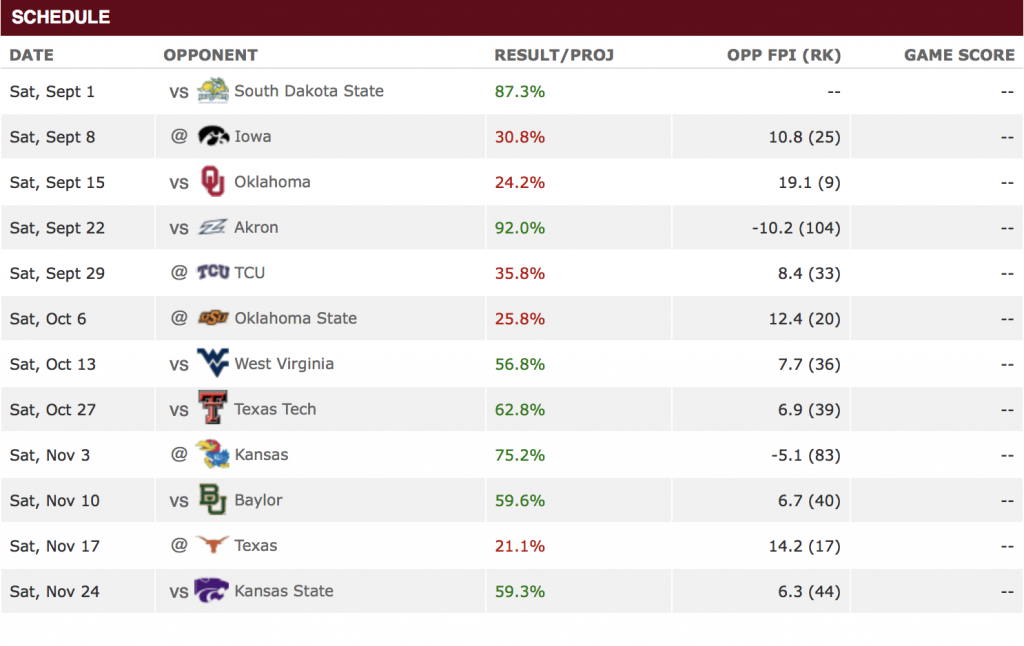 An important thing to remember is that this formula uses past performances, which includes 2014, 2015 and 2016. While the previous season is more valuable to the FPI (as it should be), I think we can all agree that the 2018 Cyclones are a totally different unit than the group that took the field in 2014 and 2015. The same argument can be made against, say Baylor. Is that team a shade of what it was in 2014? Absolutely not.

Now let’s use a program like Iowa as an example as to why the four year span works for some teams … Iowa is Iowa. It’s pretty much the same thing every year with some ups and downs along the way. FPI’s preseason model works better for the more consistent programs across the country.

The Big 12 is going to be wide open in 2018, which also makes me feel better about the Cyclones. I really trust Iowa State’s defense in a league that’s replacing a ton of quarterbacks. It helps to have experience at quarterback and one of the best running backs in the country. In the middle of the league, you’ve got six teams ranked within 11 spots of one another. That’s incredible. 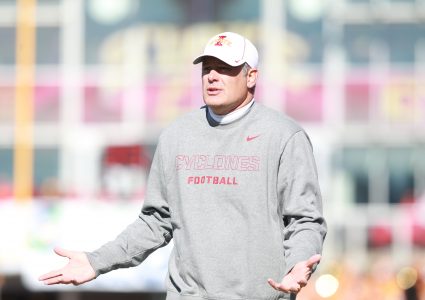 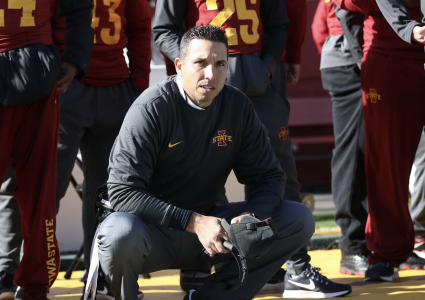