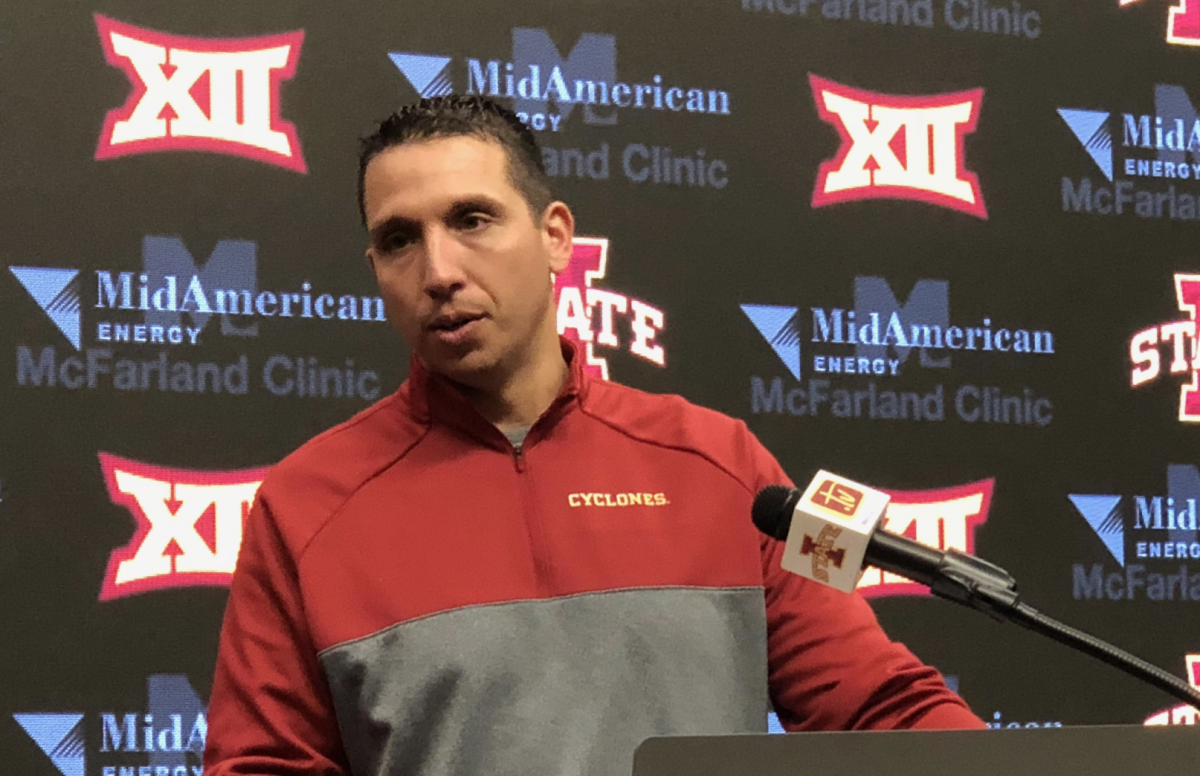 AMES — This is either the eighth or ninth year (I’m aging and have lost track) in a row that I have written this column and I absolutely love it.

My career of covering the Cyclones began in 2004 via the old CycloneNation.com, where pretty much all I did was write about football recruiting for three years. I don’t do it day-to-day anymore but still take a lot of pride in introducing Iowa State’s stars of tomorrow to casual fans, who probably don’t follow “the trail” on a day-to-day basis.

I’ve said this before and I will write it again here: Combine recent success/recruiting momentum with a growing fan base and I don’t think I have ever seen more buzz around Iowa State football than where the program is at right now.

So let’s dive right in with a quick overview of the 2018 class that was finalized today, followed my annual National Signing Day awards.

Iowa State signed 21 prospects from 11 states and one young man from Australia.

The class is ranked 50th nationally by 247 Sports.

I bummed around quite a bit and can tell you that this was just like a normal day around the Iowa State football office. That’s because we were introduced to the majority of this class (18 signees) in December thanks to college football’s new early signing period.

For a handful of reasons, this is going to be a good thing for Iowa State long term. As recruiting coordinator Alex Golesh told me earlier today in a podcast, “Usually in January all we are doing is playing defense.”

When asked about the different feel that today had compared to other signing days, I loved Matt Campbell’s more macro response.

“Here is the greatest thing that the early signing period had: This press conference isn’t us going through player by player with me telling you how good I think they are going to be, that this is the greatest recruiting class in history…It’s cool that we don’t have to play that game. I do like that. We don’t know how good these guys are going to be for three years. I think it dilutes the thing that has really gotten blown out of proportion in recruiting, that hype train that comes with signing day. I appreciate what it means to a young man for what it means to earn a Division I scholarship. What he does with that opportunity is what’s really powerful. What coach is going to get up and say he had a bad recruiting class? Nobody. I am glad that we don’t have to do that anymore.”

Tom Herman said Iowa State led all power five schools with documented scholarship offers. He said Texas had the fifth fewest. He wants everybody to know when they make an offer, it’s because they wanted their guy.

Here was Campbell’s response to Herman’s criticism when asked about it by WHO-TV 13’s Michael Admire.

“We do a really good job of scouring the country and not just staying centralized. I think one of the really good things about us is there aren’t stories out there about us where high school coaches are saying, “They pulled a scholarship” or “They treated my kid the wrong way.” At the end of it, we do things the right way. No matter how we go about that, we have open conversations and we do it the right way. I think that is the best thing that we do. I am flattered that other people are talking about us. I am grateful. But we are going to do it to the best of our ability to make our program be as successful as it possibly can be.”

Let’s hand out some hardware.

DISCLAIMER: How do I come up with these award winners? By discussing these signees with different members of Iowa State’s coaching staff on National Signing Day.

I actually went back and reviewed these columns from past years and while I have been right than I have been wrong, there have been some total bombs along the way too.

This year, I am pretty confident with Greg Eisworth, a 6-foot, 195-pound safety out of Trinity Valley C.C. Eisworth, a top-50 JUCO prospect in the country who chose Iowa State over Colorado, West Virginia and Houston. He’s a legitimate Big 12 talent and plays a position that Iowa State needs immediate help at.

Plus, he’s already on campus, which is huge because we should never trust summer JUCOs.

JUCO transfer safety Greg Eisworth talks about his transition to Iowa State in this CFTV. pic.twitter.com/lIQPSVztHG

Just watch how this guy announced that he had chosen Iowa State back on Dec. 19.

I mean, come on. How can you  NOT love this guy already?

In all seriousness, Ramos, who chose Iowa State over UCLA, Oregon, Arizona, Arizona State and Washington, is apparently a very spirited young man.

My sources say that you guys will adore Ramos once you get to know him.

Plus, again – and this cannot be stressed enough – that video is so freaking epic.

I feel like we all got to know Purdy pretty well during that marathon announcement live stream earlier today (it seriously took forever).

You guys should go back and re-watch the video. He just might have thanked you.

Purdy is an emotional kid who plays the most important position on the field. I think you’ll like him a lot.

“He has such command of the offense,” Campbell said in his press conference. “You don’t see him making many mistakes. The interceptions, they are tipped balls. It’s not inaccuracy or a lack of an ability to throw the football. He’s an accurate passer and I appreciate that. His investment into football, you see that he is running the show on offense.”

For what its worth, one coach compared his game’s style to Baker Mayfield.

Most Likely to be President – Re-al Mitchell, QB, Eastvale, Calif.

Mitchell, a 4.0 student, chose the Cyclones over Arizona, Kansas State, South Carolina, Illinois and Rutgers. I’m told that there’s a good chance he will see the field as a true freshman in one way or another. He’s simply too athletic to keep off of it. Plus, he’s already on campus and will have an entire offseason under his belt when fall camp begins in August.

Get this: Mitchell’s father, Rodney, is a marine. His mother, Sha-ri, is a 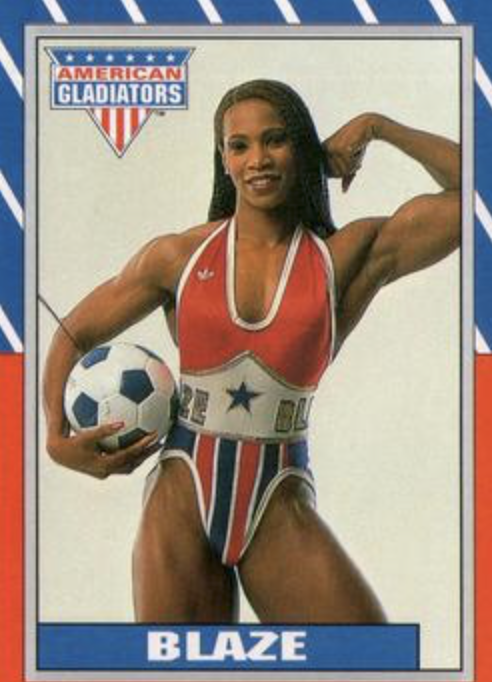 former American Gladiator (went by the name Blaze – look to your right).

That’s a whole lot of ass kicking in one family tree.

President Mitchell has a nice ring to it.

To quote a member of Iowa State’s coaching staff, “Scates is the most talented kid we have signed in three years.”

Scates, a 6-foot-3, 180-pound wide receiver, chose the Cyclones over Alabama, Michigan State and Arkansas. He is technically the highest rated player to sign with Iowa State in the Matt Campbell era.

Iowa State actually began recruiting Scates two years ago when he had some academic risks. Because of that early entry into his process, Iowa State was able to outlast some of the biggest names in college football.

I asked three different staff members about this very prestigious award and all of them came up with Mike Rose, a 6-foot-4, 215-pound linebacker out of Brecksville, Ohio. He’s a future mechanical engineering major who has football in his blood. Mike’s grandfather, Chuck Lima, played football at Notre Dame from 1954-1958.

Keep an eye on this 6-foot-2, 210-pound linebacker once he packs on a few more pounds. I hear he’s gritty. 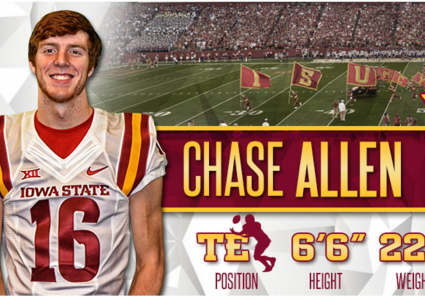