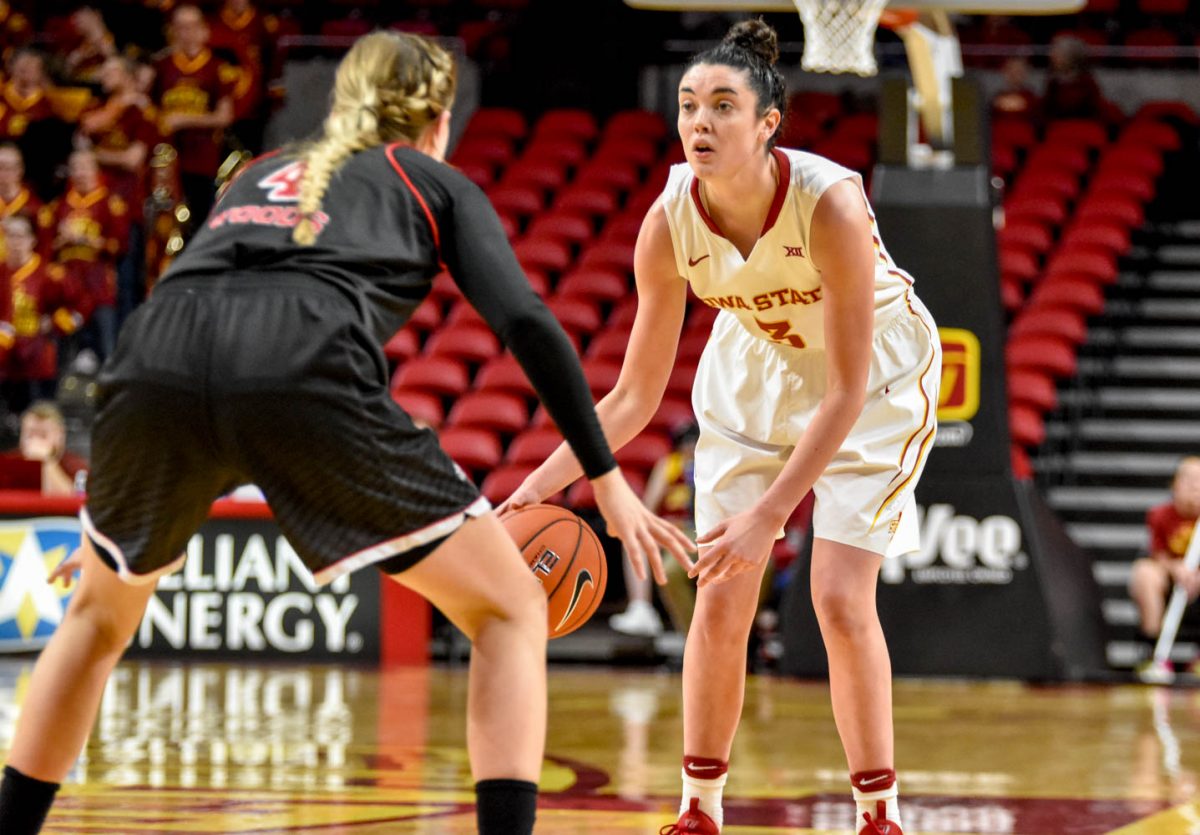 AMES — The No. 6 Texas Longhorns (22-5, 13-3) will be in town tonight to face-off against Iowa State (12-15, 6-10) in what should be an emotional game for the Cyclones (5 P.M. on FSN). Seniors Emily Durr and Claire Ricketts will play their last game at Hilton Coliseum, and be honored for their time spent at Iowa State.

With only a few games remaining in the season, head coach Bill Fennelly emphasized the importance of playing hard in those last couple games, no matter if you’re a senior or freshman.

“The end of one season is the start of their next season. Whenever the season ends, they’re not going to play again for six to seven months. You’re gonna live with it for a while,” Fennelly said. “You want to have a little bit of a positive vibe that motivates you to do the work it’s going to take in the offseason to be a better player.

Of course, the spotlight will be on both Durr and Ricketts, who will get the start on Senior Day.

“[Claire] did literally anything we asked her to do to make the team better,” Fennelly said. “Even though it’s not going to show in some stat sheet or some record book, this program is a lot better place than it was, because of what Claire did this year.”

With three games remaining, junior star Bridget Carleton only needs 10 more points to put herself in the top 10 for all-time points in a single season by a Cyclone.

Fennelly believes Carleton will need to use these games as a transition into becoming even more of a leader in her senior season, after Claire and Emily led the way during an up-and-down 2017-2018.

“They were great leaders this year in a year where we needed great leadership,” Fennelly said. “Can’t thank them enough for that. The impact they’ve made here has been dramatic, and it won’t be forgotten.”

Coming off a six point loss to the No. 3 Baylor Lady Bears, the Longhorns will be yet another brutal matchup for ISU. Guards Ariel Atkins and Brooke McCarty make up one of the best backcourts in the nation, for a team that Fennelly called “Final Four” caliber.

Unsurprisingly, Iowa State holds the series lead 10 to 4 at Hilton Coliseum and while the circumstances appear to be in Texas’ favor, there’s always hope for some Hilton Magic, especially on Senior Night.