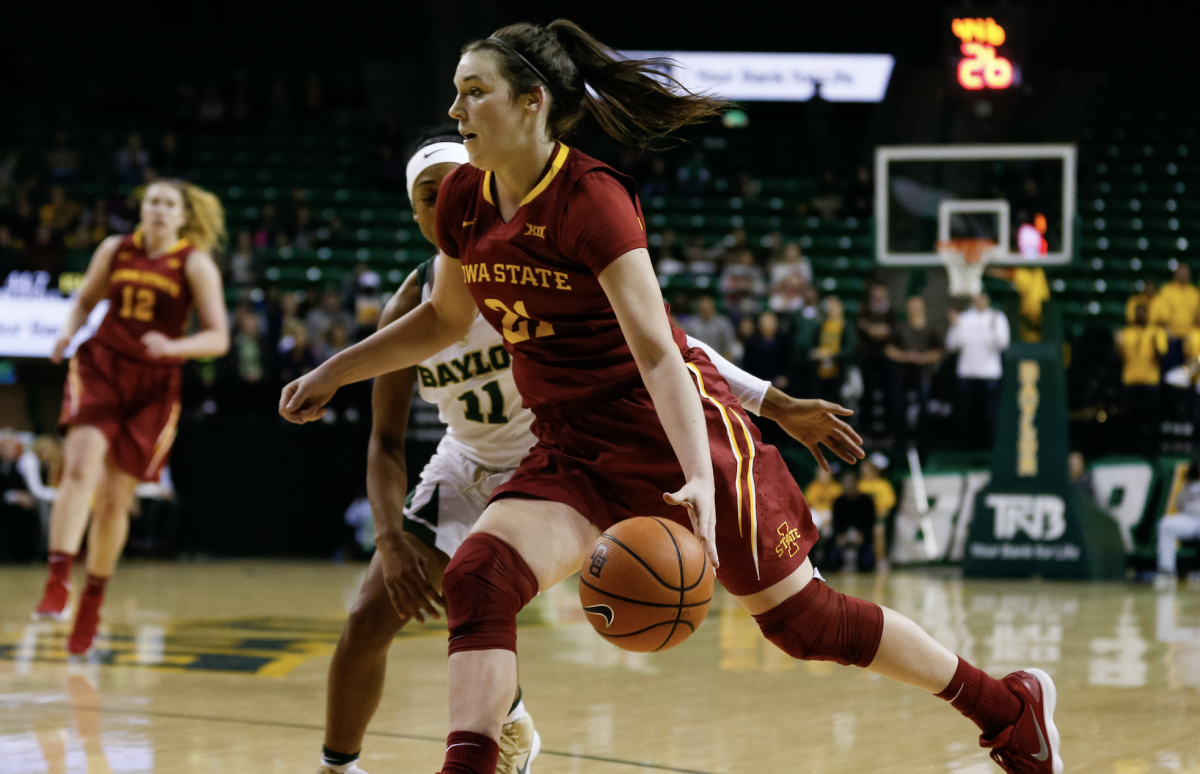 Iowa State was led by an outstanding second-half effort from junior, Bridget Carleton. She scored 21 of her game-high 26 points in the second stanza. She shot 8-12 from the field in the second half and collected four rebounds.

It was a slow start for both teams offensively. At half time, the Frogs lead the Cyclones, 28-25.

The Cyclones did an excellent job of breaking the TCU press all night. However, it was a struggle capitalizing early as Iowa State shot just 8-of-30 from the field in the first half. The Cardinal and Gold made 6-16 from deep, which helped keep the game close.

Iowa State’s defense was great in the first half. They held TCU to just 10-of-28 shooting, including 4-11 from deep. The Cyclones also forced eight Horned Frog turnovers in the first stanza. ISU did well to capitalize on missed TCU shots, hauling in 22 rebounds and limiting TCU to just one offensive rebound.

The Cardinal and Gold claimed its first lead of the game on an Emily Durr layup to go up 29-28 early in the third quarter. The Cyclones continued to build on their lead and held a 47-39 advantage heading to the fourth quarter. Carleton was a catalyst to the ISU scoring output in the third quarter. She went 4-6 from the field and connected on 4-4 free throws, netting 12 points.

TCU started the fourth quarter on an 11-0 run, negating the Cyclone lead that was built to begin the half. However, Carleton and the Iowa State offense found its footing and clawed back to take lead for good. ISU held off a late TCU attack to secure the road victory.

Bridget Carleton finished just of a double-double for the Cyclones on the night. She poured in 26 points and brought in nine rebounds. She was also a perfect 4-4 from the charity stripe.

Emily Durr was also in double figures for Iowa State. She scored 16 points and churned out a team high 6 assists.

Claire Ricketts only accounted for two points, but her contribution on the boards and on defense was outstanding. In total, she brought in a career high 13 rebounds and blocked six shots for Iowa State. Her final rebound also sealed the ISU victory.

*Iowa State snaps a three-game losing skid in Fort Worth, dating back to 2014

Iowa State returns home on Saturday to take on Texas Tech. The Cyclones and Red Raiders are set to tip at 3 p.m. from Hilton Coliseum. The game will be broadcast on Cyclones.TV.