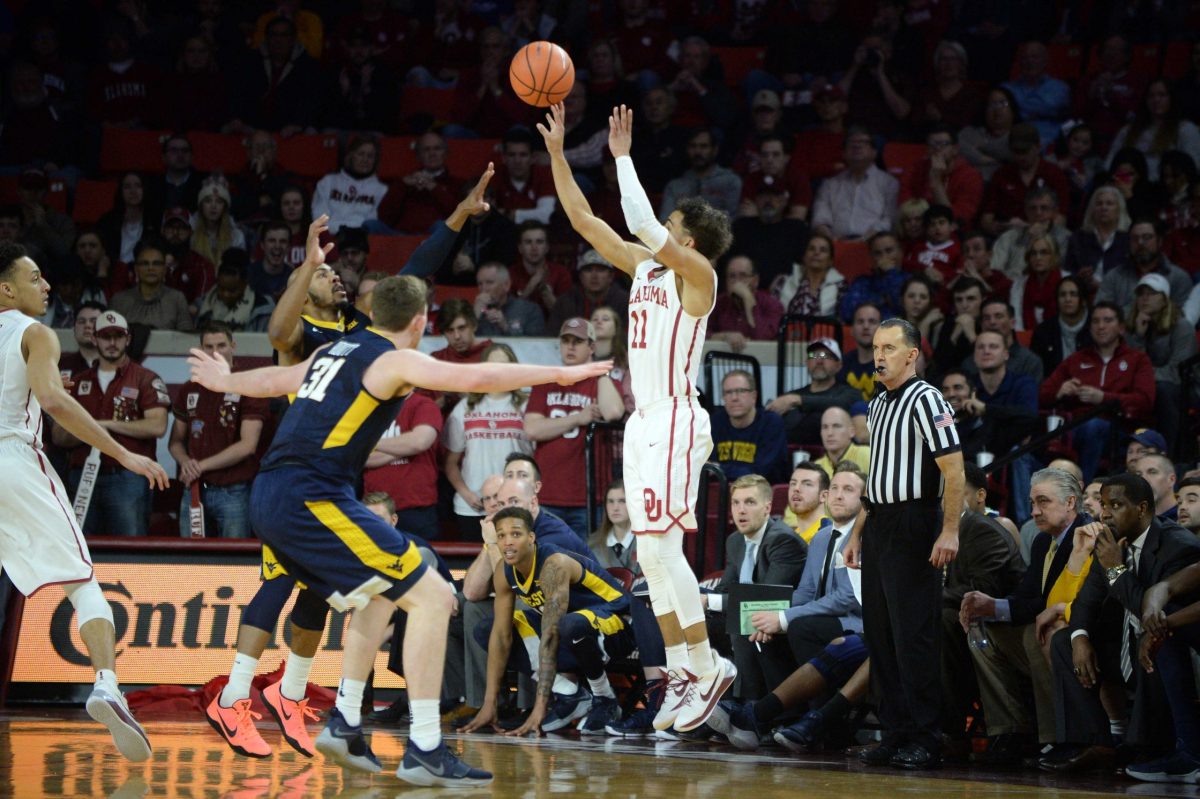 Few visiting players have garnered the amount of hype that has surrounded Iowa State’s opponent on Saturday at Hilton Coliseum.

Maybe, Michael Beasley or Blake Griffin. Kevin Durant never played in Ames before becoming the No. 2 pick in the NBA Draft. Andrew Wiggins and Joel Embiid were close, but we weren’t quite trusting the process enough at that point to know what was on the horizon for Kansas’ young big man.

No, none of those players have been given the same amount of attention Oklahoma’s Trae Young has gotten so far this season. It is hard to reach this level of attention when you consider ESPN has literally built Young’s stat line into the score-bug during his games.

The Trae Young show arrives in Ames on Saturday for a 1 p.m. tip and his first — and likely only — experience with Hilton Magic. Will there be enough magic for an Iowa State upset?

Here are three points on how the Cyclones can make that a possibility.

We all know this is probably the biggest question on the table when tip-off comes on Saturday. Young is the frontrunner for national player of the year and will almost certainly be a top-10 pick in the NBA Draft come June.

Can the Cyclones find a way to keep him from putting together one of the monster statistical performances he has become known for? That task will most likely be put into the hands of Lindell Wigginton.

Young is arguably the best point guard in all of college basketball. At the very least, he’s the best freshman guard in the Big 12. This has potential as a measuring stick game for Wigginton as he tries to solidify himself within that conversation.

We’ve seen him play well on both ends of the court against veteran guys like Jevon Carter and Manu Lecomte. Can the Cyclones’ super freshman elevate his game again with the hottest name in college basketball in town?

I’m willing to bet he will.

2 — What will Iowa State get from Donovan Jackson?

Few players on the Cyclones’ roster this season have been as up-and-down as Jackson. We have seen nights when the senior sharpshooter gets hot quick and explodes like he did in his 25-point performance last week against West Virginia.

On the flip side, there has been a handful of games when Jackson has been unable to find his stroke and ends up 2-of-11 from the field with six points, as he did Wednesday night in the loss to Texas Tech.

Jackson has shot better than 45 percent from the field in both of Iowa State’s marquee Big 12 wins. When he has struggled, the Cyclones’ offense has struggled, especially right now when they’re playing with a short bench and without one of their top scoring options in Nick Weiler-Babb.

If the Cyclones can get the version of Jackson who showed out in wins over Texas Tech and West Virginia, Iowa State will have a shot. If they don’t, the chances of an offensive performance similar to Wednesday night in Lubbock becomes much more likely.

3 — Can the Cyclones find an ideal shot selection balance?

The most staggering stat from Iowa State’s loss to Texas Tech earlier this week was who led the team with 15 shot attempts from the field — Zoran Talley.

Iowa State needs to find a way to get an ideal balance in its shot selection between Wigginton, Jackson and Cameron Lard. With Weiler-Babb out for who knows how long, those are the three guys Steve Prohm‘s team will have to hook their wagon to.

I understand teams are trying to force Talley, Solomon Young, Jeff Beverly and others into taking shots they normally wouldn’t by putting more pressure on Wigginton and Jackson. That is an obvious side-effect of Weiler-Babb’s injury and the team’s reliance on their top two scorers to be the primary ball-handlers.

With that said, something needs to change with the Cyclones’ shot selection in order to make the two guards plus the team’s talented freshman big-man the primary shot takers.

That is simply the best chance Iowa State has at putting together an offense capable of keeping up with other Big 12 teams without Weiler-Babb on the floor. If they can’t find that balance, more offensive performances like what we saw on Wednesday could be on the horizon.