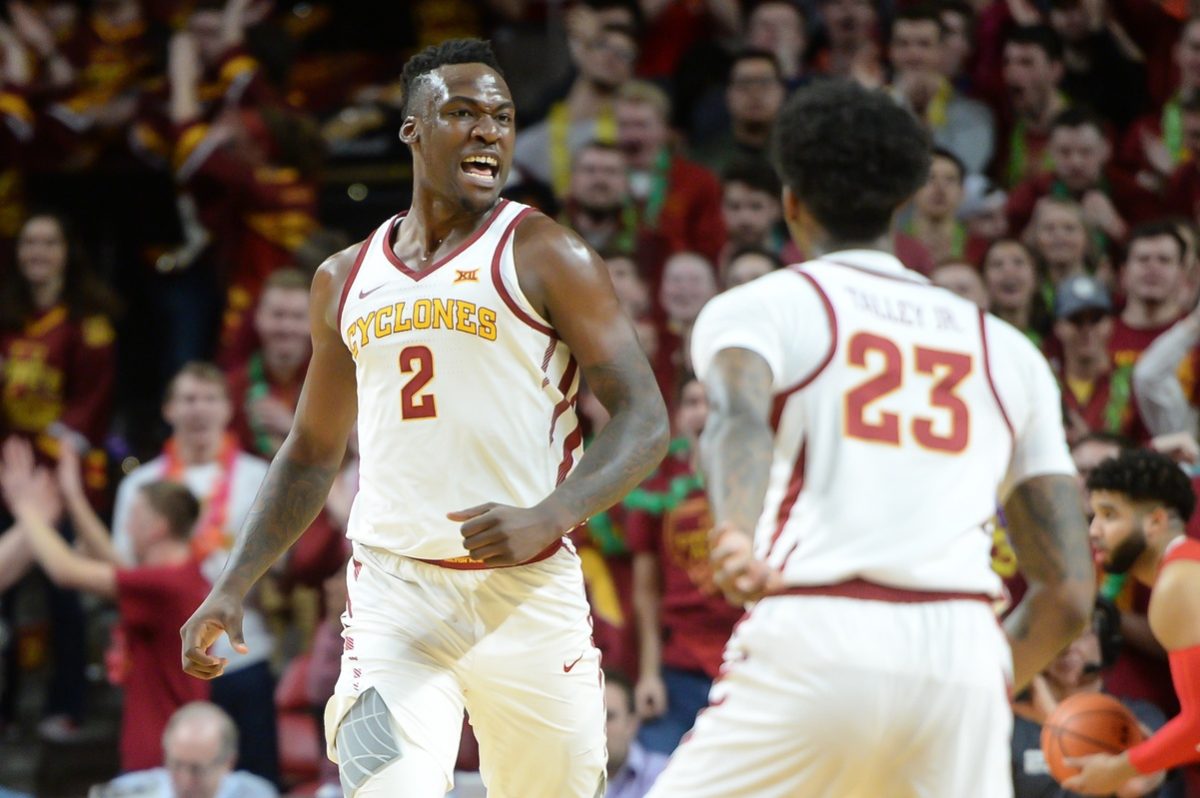 AMES, Iowa – Iowa State freshman big man Cameron Lard was named the Big 12’s Co-Newcomer of the Week after averaging 17.0 points, 7.5 Rebounds and 3.0 blocks as the Cyclones went 1-1 on the week.

Lard had perhaps the finest performance of his debut season in Cardinal & Gold on Saturday, helping the Cyclones to a 70-52 upset of No. 8 Texas Tech at Hilton Coliseum. The native of Natchitoches, La., scored 18 points and grabbed six rebounds, to go with three blocks in the victory. He shot 9-of-11 from the field, and is shooting 68.3 percent in his last four games.

For the season, Lard is averaging 12.0 points and 7.0 rebounds to rank second on the team. The Cyclones are back in action tonight, set to take on Texas in Austin at 6 p.m. on ESPNU.