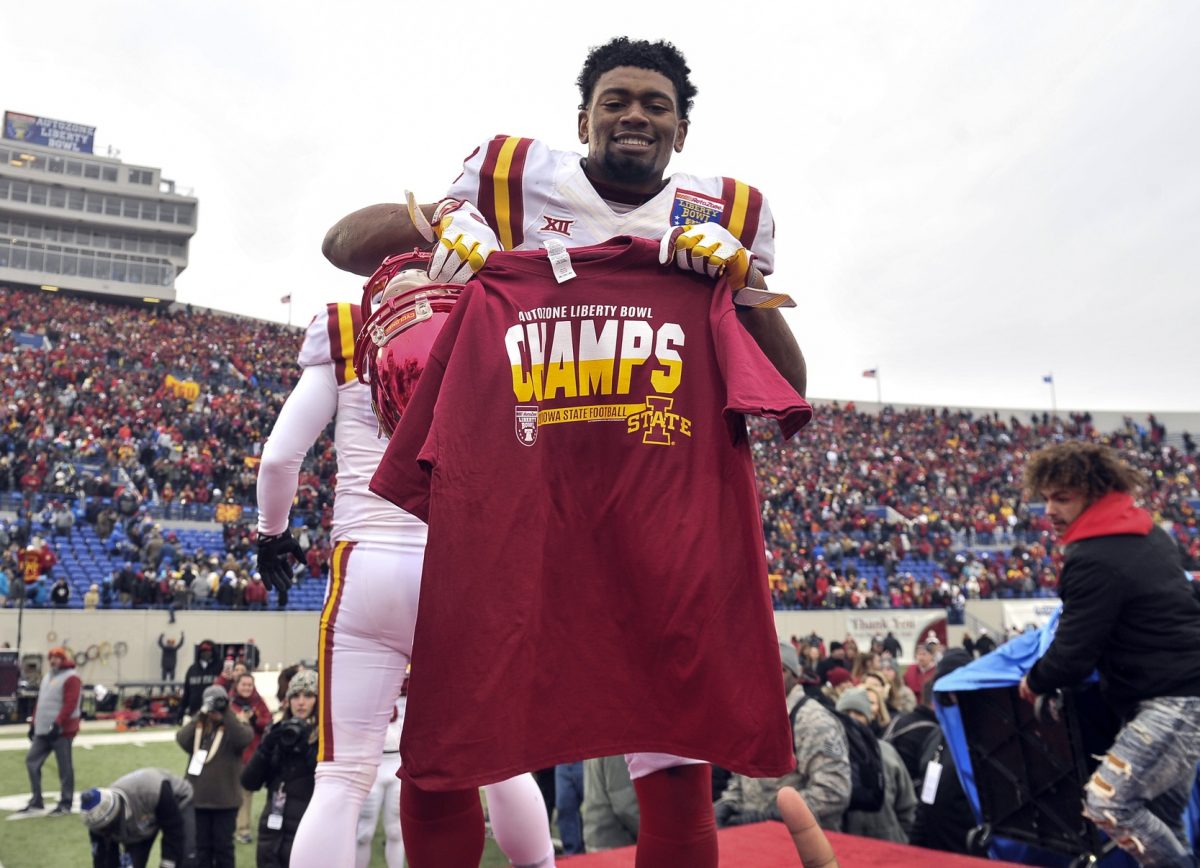 MEMPHIS, Tenn. — The media spoke about it glowingly, and rightfully so.

Iowa State somehow had not lost a single fumble en route to a 7-5 season. Quite a feat, but the season obviouslty remained unfinished.

So when ISU star back David Montgomery was ruled to have lost a fumble while crossing the plane of the end zone with less than five minutes left Saturday against Memphis, fans mouths were naturally agape. A sense of helpless rage undoubtedly spiked. Surely, Montgomery crossed the plane, ball pinned to his shoulder pad, before the ball came loose. Surely, not again, would an iffy call go against the Cyclones.

Sure enough, it did.

And true to form, Campbell didn’t shrink from the bad break, he embraced it and plotted to turn it on its head.

“He just came in there trying to keep us poised,” said linebacker Joel Lanning, who had a sack and a touchdown in his last game as a Cyclone. “He honestly, and to be 100 percent (truthful with) you, he came in the huddle and said, ‘I hope that call goes against us to show people that we’ve learned.’”

That lesson: Self-pity is for losers. When bad breaks strike, strong people laugh and leap over them, no matter how many times — and how many ways — they’ve seemed insurmountable before.

“I did,” Campbell said when asked if he really had told the defense he hoped the fumble call would stand. “I’ll be honest with you, to me, I still — and it was really hard for me to sleep the last month with us not winning the last game (Kansas State) we played, because we had the ability to do it. And I don’t put that on the kids. I put it on me. I thought that I didn’t do a good enough job when adversity hit our football team late in the game where I could have made a difference and settled us in. So you take that and you learn from it, you grow from it. I told our kids in the huddle, I did, I told them, ‘I hope this goes against us. And I hope the story of the game is our ability to overcome adversity and win the game.’ That’s what happened. That’s kind of the name of this Iowa State team.”

Adversity would not go gently into that cold, gray late afternoon.

On third and 10, Memphis quarterback Riley Ferguson tried to hit Anthony Miller and ISU cornerback Brian Peavy was inexplicably flagged for pass interference after minimal, if any, contact.

Later, on fourth and 10, Ferguson’s pass to Damonte Coxie went for 16 yards.

Fourth down and 10 again loomed — and this time, a full blitz forced Ferguson to loft a pass to the outside before receiver Phil Mayhue had even turned. It sailed high. No PI was called.

ISU’s defense had held and one Joel Lanning first down run later, the Cyclones’ could kneel out its fourth bowl victory in program history.

“This group is as resilient and as tough as any group of young men I’ve ever been around and it’s really been an honor to coach then,” Campbell said. “And I think sometimes we think we change their lives, but it’s really what I love about coaching still is that we get the opportunity to be taught by our seniors.”

Seniors such as Lanning. Seniors like Allen Lazard, Jake Campos and J.D. Waggoner — who had two of the Cyclones’ season-high six sacks.

So many more, from Trever Ryen to Marchie Murdock and on down the line.

Campbell said these guys — and many others became the standard-bearers all season, as Montgomery, linebacker Marcel Spears Jr. (ISU’s defensive player of the game) and others will be in 2019. Campbell and his staff merely help keep them on course.

“I cannot say enough about our football team,” Campbell said. “This win, why this win was special, it wasn’t because we won a bowl game in my honest opinion. It’s really because this team has really learned and grew as the season went on. And I don’t how many in here really known how we lost our last football game. But in a very similar type situation, a 50-50 call late in the game goes against us and we end up losing a heartbreaking football game at the end of the year. And this team had multiple opportunities to turn it down and go the other way — you know, just quit. … This team’s never done that. And really the reason it’s never done it is part of it, and a big part of it is the two guys sitting next to me. And a major part of it is our senior class. One of the things I’m most proud of is that Iowa State football is finally a player-led program. Our players are leading from the inside out. That’s why we had the ability to overcome and certainly the ability to go and win the game today.” 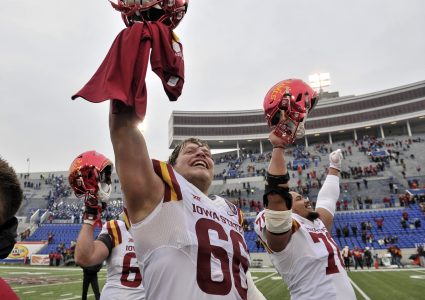