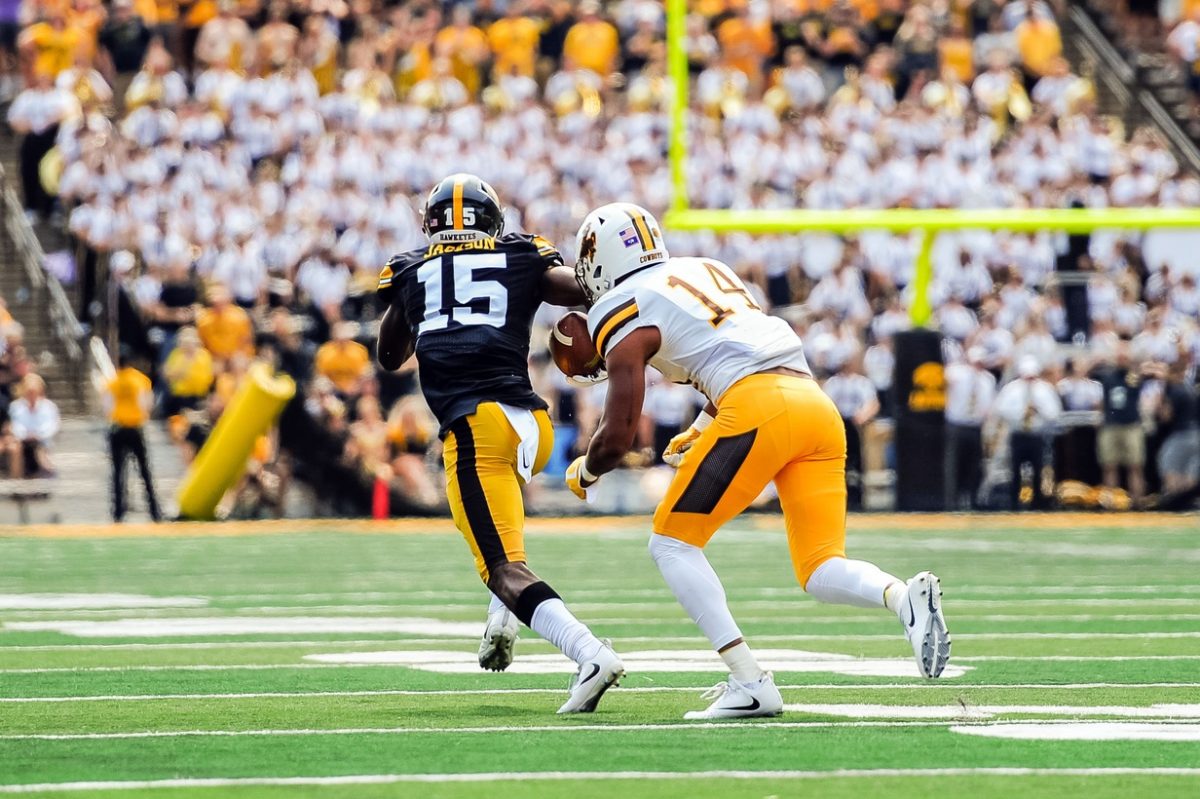 The annual Cy-Hawk rivalry will be renewed again this weekend when the Iowa Hawkeyes visit Jack Trice Stadium for an 11 a.m. kick (ESPN2). Despite the narrative sometimes pushed by Iowa fans and media members, head coach Kirk Ferentz is not buying into the idea that the game does not mean as much to the team in Iowa City.

During his weekly press conference on Tuesday, Ferentz pushed back at the idea that the in-state rivalry is only important to the players, coaches and fans in Ames.

“This is my 28th involvement in the series, so I feel fortunate to be part of it,” Ferentz said. “I relish every opportunity to get a chance to coach. It’s a good thing. This game means an awful lot to our players.”

The Hawkeyes enter the game with a highly-touted defense led by a group of veteran linebackers, but little experience on the edge. Cornerbacks Josh Jackson and Manny Rugamba played in last season’s game between the two teams, but combined for only three tackles while playing reserve roles.

This season, the pair will be tasked with playing the majority of the snaps against a stacked Iowa State receiver group, led by senior Allen Lazard and sophomore Hakeem Butler, that flexed its muscles in the Cyclones’ season-opening win over Northern Iowa.

“Their experience is on the perimeter where our inexperience is prominent,” Ferentz said. “They have great size, unusual size. Those two guys you just mentioned would be a good start to a basketball team, intramural basketball team if you’re going to do that. So matching up size-wise is going to be a challenge, and they use their size well.”

Jackson, who is 6-foot-1, recorded five tackles and an interception during the Hawkeyes’ win over Wyoming last week. While the 6-foot, 185-pound Rugamba missed the team’s season opener while serving a suspension.

Both players know they are entering a hostile environment against a good group of Cyclone pass catchers, but unsurprisingly they are up for the challenge.

“I think they’re all really aggressive. They’re fast,” Jackson said. “They have their different athleticism that they bring to the game. We have to play fundamentals in our technique, and I think we’ll be fine.”

It is the linebacking corp that makes the Iowa defense go, specifically senior and preseason AP All-American, Josey Jewell. Jewell, along with seniors Ben Niemann and Bo Bower, combined for 28 tackles, 3.5 tackles for loss and two sacks during Iowa’s win over the Cowboys.

“Offensively they are good,” Iowa linebackers coach Seth Wallace said. “Their receivers are good, their quarterback is good and they have a good supporting cast. We have our hands full everywhere, but our linebackers need to do a good job of making sure that they get their hands on the receivers and slow these guys down. We can’t let them run around and make plays in open space.”

The matchup when Iowa’s defense is on the field will be a battle of strength-versus-strength as the Cyclones’ offensive attack is expected to lead the way for their success this season as well. At the end of the day, despite the narrative pushed by some, Ferentz and everyone within the Iowa program knows what this game means for both teams.

“We have 23 players in our two-deep that grew up in this state and 57 on our roster from Iowa,” Ferentz said. “They grew up watching this series and know what it means, the interest, and what’s at stake for everybody involved.” 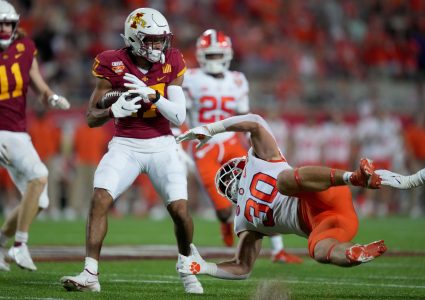 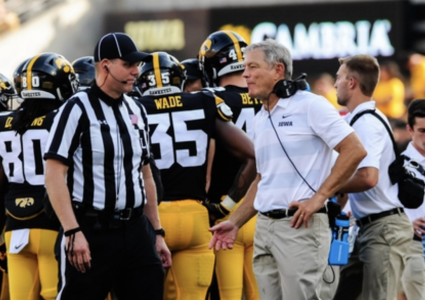