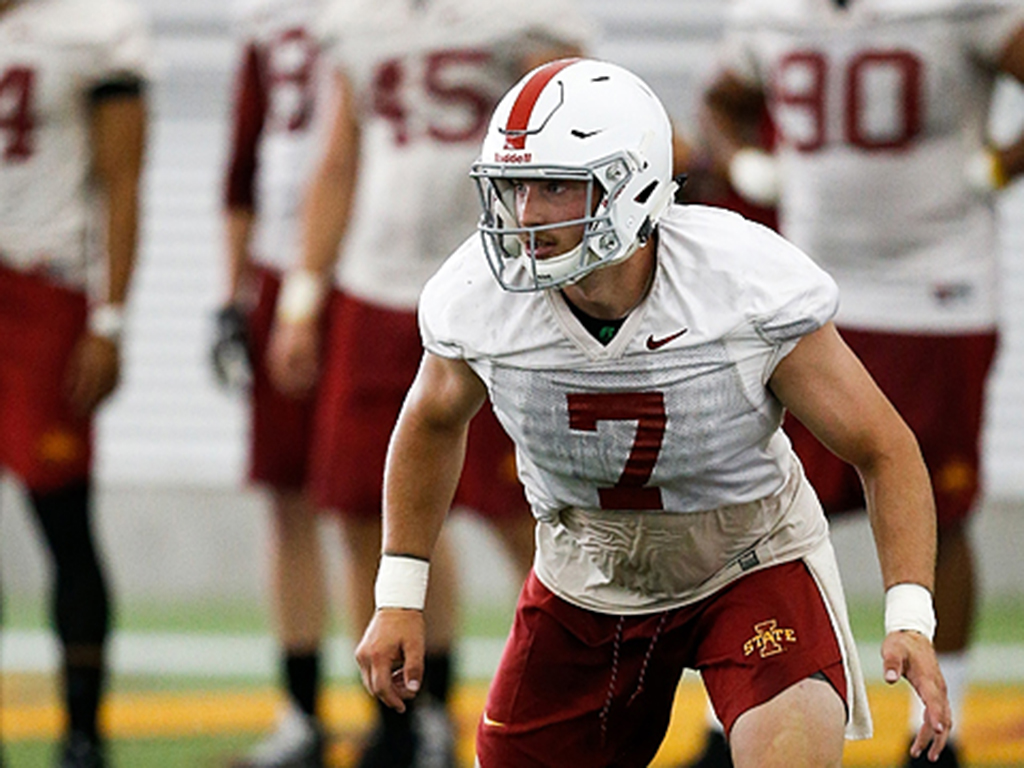 AMES — Matt Campbell and his staff have made it well known that Joel Lanning will play both sides of the ball for Iowa State this season, but it has not been clear how the transitions will work.

On Tuesday, the plan became a little bit clearer as Lanning and linebackers coach Tyson Viedt shed some light on how the Cyclones could use the Ankeny native in 2017.

Lanning, a 6-foot-2, 230-pound senior, spent all of Tuesday’s practice working with Iowa State’s offense after working the majority of fall camp at his new position of mike linebacker.

Few players in today’s college football landscape are given the opportunity to play on both sides of the football. That puts Lanning, who threw for 1,290 yards and nine touchdowns while compiling 518 yards and 11 scores on the ground as a junior, in a rather unorthodox position compared to most guys entering their final college season.

“Honestly, I still remember the offense quite a bit from last year,” Lanning said. “They put in a few new things that I had to learn, but nothing crazy, so I wasn’t really worried about the offense. I still had those plays in my head. The mental part of it for the defense is kind of tricky a little bit. Still trying to figure that stuff out a little bit, but I have a good hang of it now. Starting to play fast and instead of think just starting to react things and what I’m seeing so it hasn’t been crazy on me mentally, but I’m sure during the season it might pick up a little bit more.”

The ways in which Lanning has been used in practice have changed day-to-day depending on what the Cyclones are working on. He said he has done quite a bit of work in goal line situations while continuing to develop the quarterback runs he was so successful with at the tail-end of last season.

Lanning continuing to work with the Iowa State offense makes his progression as a linebacker even more impressive. He has already entrenched himself on the top of the depth chart at mike linebacker, but he is still finding ways to improve each day.

“He’s one of our best players so we’re going to rely on him to do a lot of different things for us,” Viedt said. “He’s certainly accepted that challenge. He’s physically ready to do it. We’ll get as much mileage out of him as we can. That’s for sure.”

It will not really become fully clear how much Lanning will play on offense until the season kicks off next month, but even the idea of him spending so much time on the field is incredibly rare.

Despite the rareness, Lanning is prepared to embrace the opportunity.

“In the game makes me think I’ve got to be ready for everything,” Lanning said. “I never know when my name’s going to be called.” 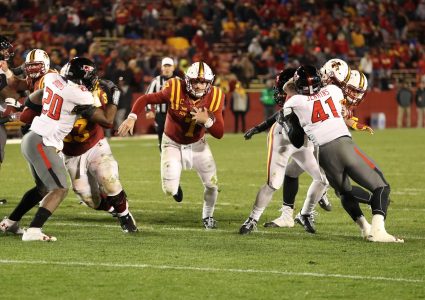