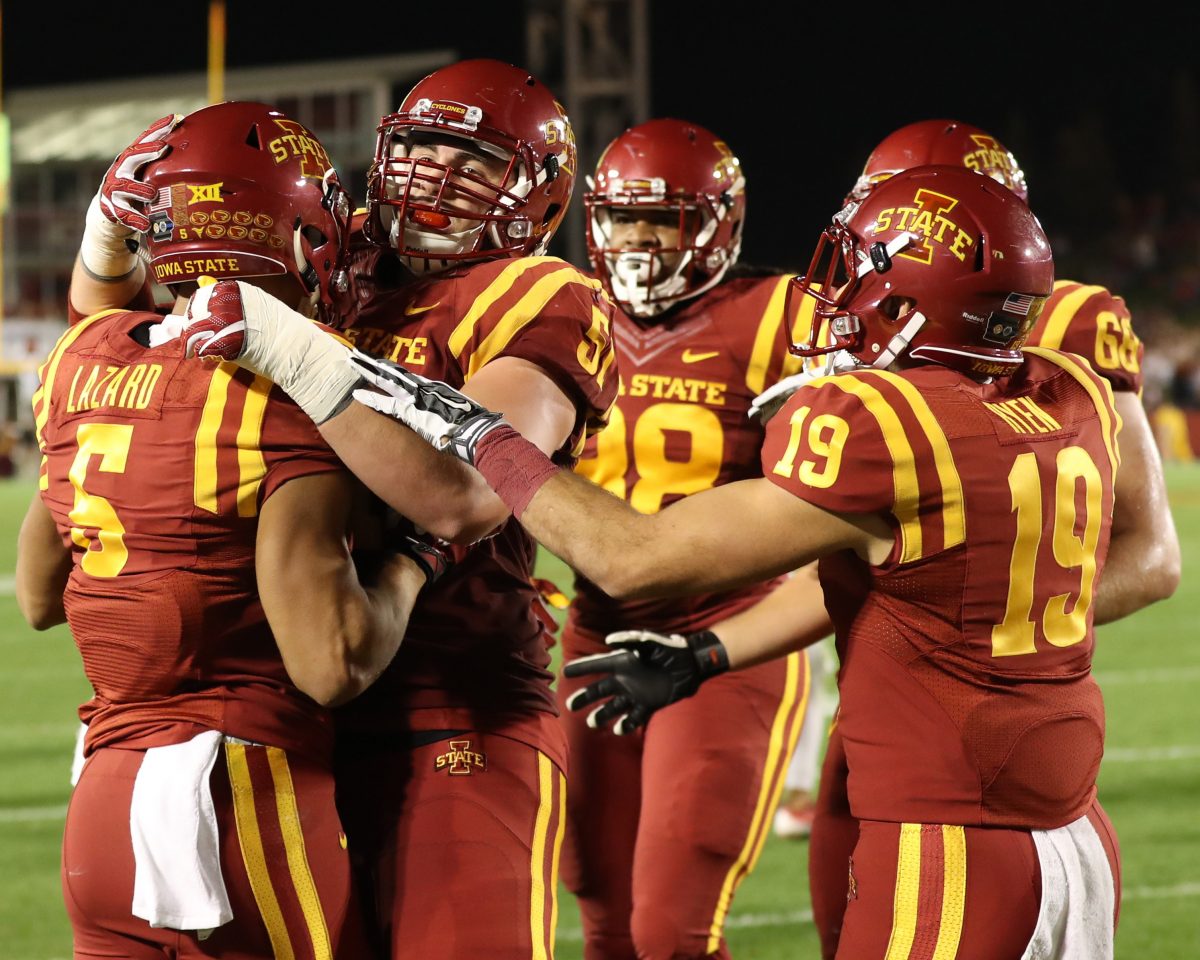 Believe it or not, college football conference media days are set to begin in just a couple of weeks.

We have already heard from the experts in Vegas. They believe that Iowa State will be a 4-6 win team in year two of the Matt Campbell era. I tend to agree.

The thing is though, while one win doesn’t technically count for more than another at the end of the year, all games are not created equal.

Opponents matter. Where those opponents land on the schedule can matters.

Matt Campbell has a lot of goodwill built up in Ames but losing to the the FCS Panthers two years in a row would not be a good look. Iowa State is 1-3 vs. FCS opponents dating back to 2013. That is a putrid statistic for a Big 12 program that is hungry to climb back into the postseason.

There is no bigger game on the schedule for Matt Campbell’s Cyclones in 2017. Losing to UNI again would be an utter disaster for the momentum that this program currently has. And you can throw any bowl talk out the window.

A legitimate argument can be made that the 2017 edition of the Cy-Hawk game might decide bowl eligibility for each of these teams.

If Iowa State goes 3-0 in the non-conference, you’d like to think that this team could win at least three games in the Big 12.

Iowa on the other hand is being picked to win 6-7 games this season by Vegas. If you go on the low side – we already know that Iowa State is one of those (Vegas has already tabbed the Hawkeyes as a narrow two-point favorite vs. Iowa State).

For Iowa State, this is a massive swing game. Starting 2-0 vs. in-state rivals that have been real trouble makers the last few years would be a major momentum builder for the Cyclones leading up to an interesting road game at Akron in week three.

Why in the crap is Iowa State playing a game at Akron? Your guess is as good as mine.

However, these Toledo guys (the Campbell staff) are actually looking forward to this road trip back to the state of Ohio. Because of recruiting, this will be an important game on the staff’s schedule. The players will acknowledge that as well.

I promise to not go in chronological order throughout this column but hear me out as to why this is the third most important game on the schedule: Iowa State’s goal for the 2017 season is to make it to a bowl game. Imagine a 3-0 start with Texas coming to town in week four on a Thursday night on ESPN.

This one is a true swing game midway through the schedule. Nobody has for gotten about Iowa State’s 66-10 spanking of the Red Raiders a year ago, a loss that Kliff Kingsbury referred to as “embarrassing.”

This game is a lot like Iowa – except in the Big 12. Two pretty even teams but being on the road, Tech is probably going to be a slight favorite. A win here looks pretty important if Iowa State wants to make it to the postseason.

Tom Herman’s return to Ames should be a fun one. The former Paul Rhoads offensive coordinator orchestrated perhaps the biggest win in Iowa State history – the 37-31 victory over No. 2 Oklahoma State in 2011.

Herman is now trying to rebuild a once-proud Texas program and his first league game is on a Thursday night in Ames on ESPN.

Vegas has already come out and labeled the Longhorns a narrow but very early 3-point favorite.

This is a very winnable game for Iowa State, especially at home. And while the pundits are high on Texas this offseason, remember that they always are. We really won’t know anything about the Longhorns until they travel to USC in week three.

It is also notable that both of these teams have byes before this matchup.

Iowa State needs to win some games at home. Seriously, name me a more loyal fanbase in America that continues to turn out after watching consistent losing seasons for nearly half of a decade?

A lot like Texas, this is a good opportunity at a home upset, one that Iowa State fans desperately deserve.

Here is a great opportunity at a road win for the Cyclones.

I really don’t know what to expect from Baylor this year based off of everything that program has gone through over the last two years.

My guess: With a lack of depth due to scandals and coaching changes, Baylor will be a lot better in September than they will be in October.

I really like the Clones here in a game like Texas Tech, if you can steal, greatly increases your opportunity to play in the postseason.

I could easily make the argument that this game should be ranked higher. After all, losing to the Big 12’s perennial doormat at home would be an awful look for Matt Campbell in year No. 2.

Kansas State is my dark horse to win the Big 12. I am also soooooooo sick of Iowa State losing games to Bill Snyder. Would be a sweet upset to snag, but it would definitely be a significant upset.

A brutal place to play. Talent wise, I’m not sure West Virginia will be a lot better than Iowa State though.

I have Oklahoma State winning the Big 12 and view this as a bit of a throw away game late in the season. Not a lot to lose here for the good guys.

“Home Alone” was the top movie in America the last time that Iowa State beat Oklahoma – a 33-31 triumph orchestrated by Jim Walden on Oct. 20, 1990.

Prior to that upset, Iowa State hadn’t defeated the Sooners in football since the year 1961.

I’m just glad that Iowa State gets OU on the road. Throw this game out and give me a winnable one at home any day.