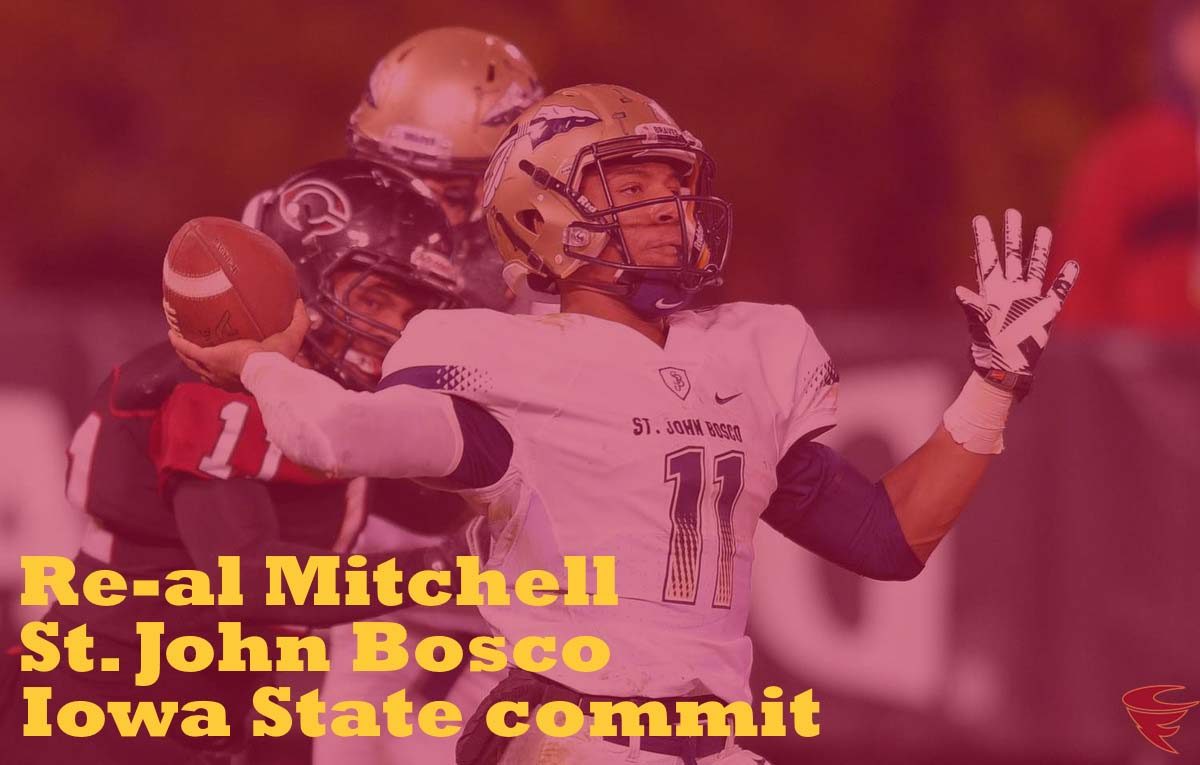 Iowa State quarterback commit Re-al Mitchell will be among the nation’s top signal callers in the 2018 class this weekend when he participates in the Elite 11 Finals in Los Angeles.

He’s one of 25 prospects participating in the event, 20 of which are committed to FBS programs, including TCU commit Justin Rogers. Clemson commit, and the No. 1 prospect in the class, per 247, Trevor Lawrence will headline the group.

Mitchell is rated as the No. 24 dual-threat quarterback in the country and a three-star prospect. He enters the competition as the second-lowest rated player in the group, according to 247Composite.

Mitchell told Cyclone Fanatic on Thursday he will take the SAT on Saturday before returning to the camp for the evening session. He also said he is planning to be an early-enrollee in Ames.

You can watch a live stream of the event right here and see the full list of competitors here.

You’ll be able to hear a full interview with Mitchell next Tuesday on the On the Trail podcast.