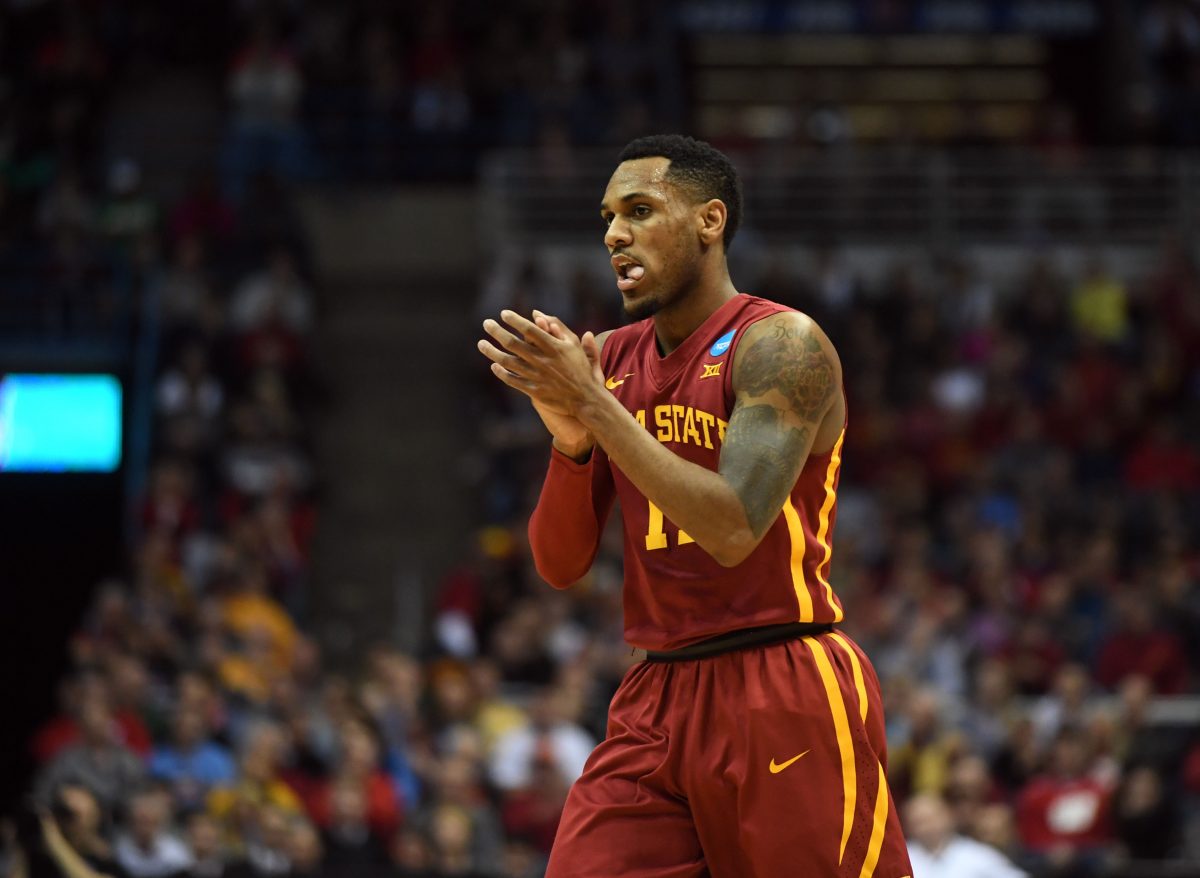 WEST DES MOINES — Monte Morris has spent a lot of summer evenings at the Valley Southwoods Gymnasium over the past four years. On Sunday, he was in attendance for the last time as an amateur basketball player.

The next time – if there is a next time – Iowa State’s all-time leader in assists and steals watches a game at the Capital City League, he will be a professional. If Thursday night’s NBA Draft goes as he thinks it will, he will not just be “Monte Morris, Cyclone legend” anymore.

He will be Monte Morris, NBA point guard.

“They tell me I’m going to be picked, so that’s not the issue,” Morris said. “I’m just anxious and ready to get it over with because I don’t know where I’m going to go.”

Morris said he is getting back to 100 percent after suffering a quad strain that held him out of draft prep for more than a week. He’s completed a circuit of team workouts that led him to stops in San Antonio, Indiana, Orlando, Brooklyn, Sacramento and Los Angeles.

Morris met and got a picture with Magic Johnson, arguably the best point guard in the history of basketball, a fellow Michigan native and the president of basketball operations for the Los Angeles Lakers. The NCAA’s all-time leader in assist-to-turnover ratio said that he put together his best workout during that trip to Los Angeles too, despite battling through an injury that would eventually force him to rest.

“It’s hard for me to really just play bad in a workout,” Morris said. “I’m not labeled as a shooter, I’m not labeled as a driver. I just do everything good. It’s not like one aspect, if I’m a shooter and I miss then I’m off. If I make shots and do those things, I feel like that was my best one.”

Morris will find out where the next stage of his basketball journey will start in the same place the whole thing began. He plans to watch the draft in Flint with a gathering of family members and close friends.

“Just going to see it,” Morris said. “And then celebrate.”