The Des Moines Register’s Randy Peterson broke some not-so-great news on Monday night regarding Michigan graduate transfer David Dawson, who was supposed to come in as a fifth-year senior to start for Iowa State.

1 – You never want to lose depth on the offensive line. Ever.

From what I understand, Dawson had personal reasons for leaving Iowa State and it sounds like his football career is likely over. For Iowa State though, you never want to lose depth in the trenches during the summer.

Now that we have that obvious point behind us…

2 – The staff knew this was coming.

The Dawson news did not come out of nowhere.

If you look at this as a trade, Iowa State is actually better off now. Knipfel – like Dawson – will be good enough to at the very least compete for a starting job in the fall. Even if Knipfel doesn’t start (which is a tall task for a summer JUCO), he will provide depth. Most importantly, Knipfel will spend three years in the program instead of one.

Exiting the spring, I had Dawson jotted down as a projected starter for opening night vs. UNI. I reached out to a reliable birdie on Monday night to see what he’d say about projected starters now.

I then threw out the name Sean Foster, who he assured me would also be in the mix.

My guess is that in camp, the top conversation will be how ready Foster is to start in the Big 12 as a redshirt freshman. If that is the case, the battle will be between Meeker, Garcia and Oge for the two guard spots.

To conclude Monday night’s Dave Dawson story, it wasn’t positive by any means, but isn’t the end of the world either. Iowa State will still have significantly more talent on the line in week one than it did a year ago, and we saw how much that group improved under the guidance of Tom Manning.

WILLIAMS: Why the David Dawson commitment is a big deal 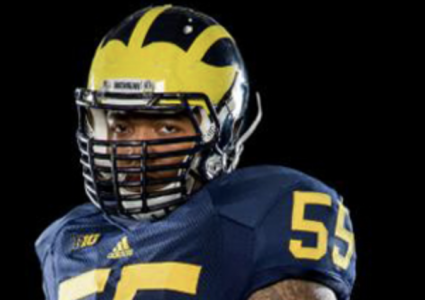 Michigan graduate transfer David Dawson is no longer with the program