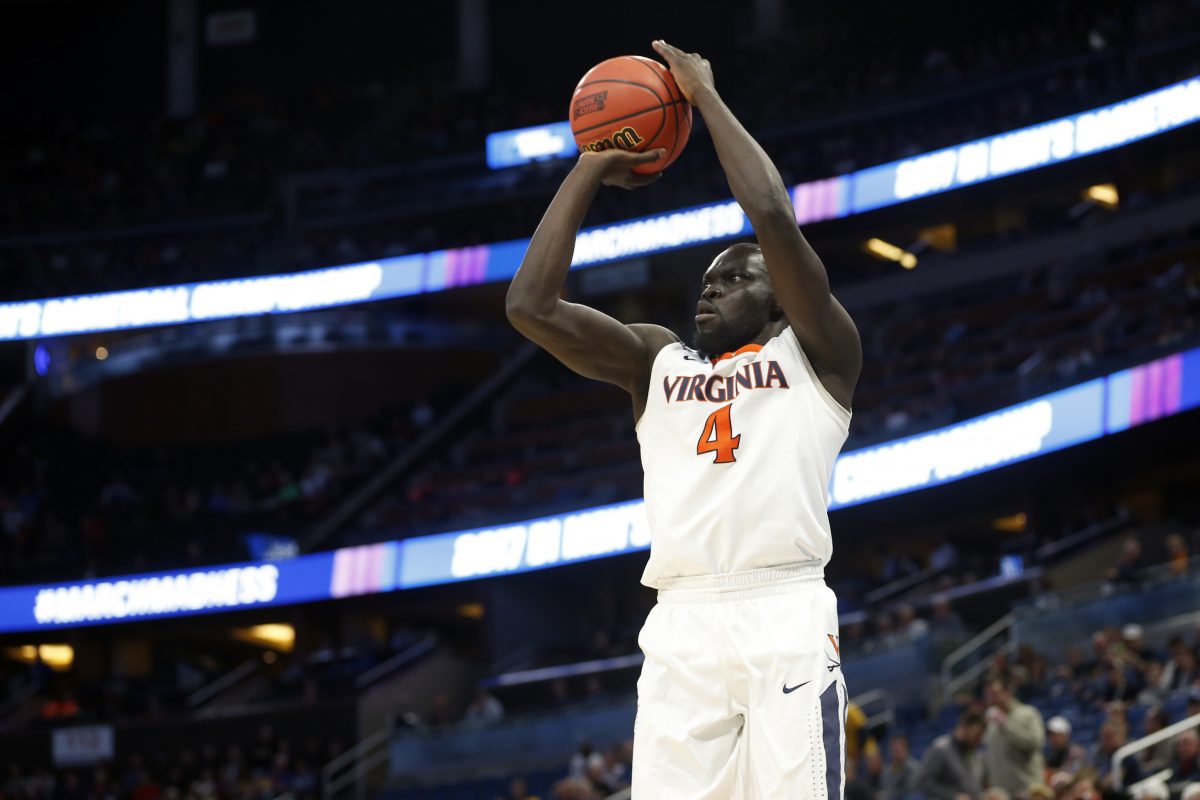 The 6-foot-4, 205-pound guard has scored 180 points through Sparta Waste Services first four games and is more than on pace to break Georges Niang‘s single-season scoring record. He continued that dominance on Sunday by scoring 34 points in Sparta’s 132-110 win over Hannah Homes.

“I think the biggest thing I can do is I can score the ball on all three levels,” Shayok said after the game. “Attacking, shooting, I’m improving my shot so I’ve just been working on my game a lot trying to improve every aspect of it.”

It is difficult to gauge Shayok’s talent on the offensive end during CCL action since there are few players capable of handling him defensively. His ability to finish around the rim, handle the ball and shoot from behind the 3-point arc makes him unique in the summer league game.

This skillset isn’t anything new for the Canada native. It has always been there, but he was somewhat collared by the offensive style he played in under Tony Bennett at Virginia.

“I just get to be a little more free offensively,” Shayok said. “Without running the system we did at UVA, I think I get to really show the offensive side of my game, which is attacking and just putting the ball in the hoop. Obviously, this is not the Big 12 or the ACC, but I just want to show the fans out here that I can score the ball.”

It will still be more than a full year before fans see Shayok in an Iowa State uniform, but there is little doubt he will be giving the players who are eligible a tough look during practice when the stands are empty.

*** Michael Jacobson scored 24 points and grabbed 10 rebounds in the loss for Hannah Homes. He went 11-of-18 from the floor, including 11-of-14 from inside the arc.