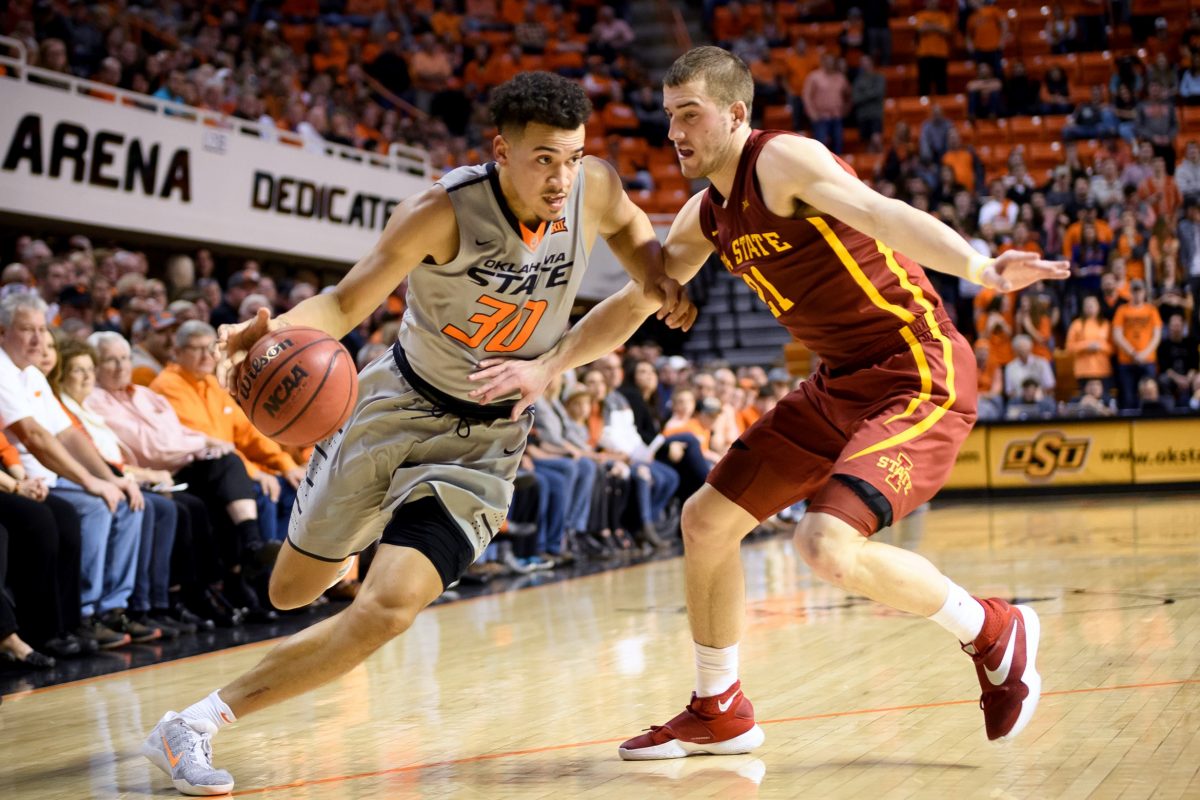 Both Iowa State seniors model fierce competitiveness on a daily basis, but Thomas doesn’t practice much nowadays because of bone spurs and the accompanying pain that encircles his right foot.

So in between grueling Big 12 games, Thomas attacks the stationary bike tucked in the corner of the Sukup Basketball Complex with such vigor that his on-court teammates take notice.

“He’s breaking a crazy sweat,” said Mitrou-Long, whose decidedly non-tapering Cyclones (11-4, 3-1) face dangerous TCU (13-3, 2-2) at 4:30 p.m. Saturday (FSN) in Fort Worth. “He’s pushing himself to some crazy limits. Everybody on the court is looking over there at some point to see how hard he’s going.”

CONFIRMED: Thomas is treating work on the bike as if it’s the most lung-taxing stage of the Tour de France.

Always working. Always climbing. Primed for success — and coming off his best all-around performance of the season.

“It’s definitely different for me,” said Thomas, who scored a conference season-high 19 points in Wednesday’s 96-86 win at Oklahoma State. “The first day I sat out of practice (a few weeks ago), Monté (Morris) was joking around and said, ‘You know, Matt, this is the first day of your career on the IR.’ … I’ve been really blessed when it comes to injuries and playing injury-free in my career here and this is a minor injury right now that I’m dealing with. I’m just trying to stay positive when it comes to that.”

ISU coach Steve Prohm said Thomas is unlikely to be 100 percent the rest of the season. It’s the nature of the injury. Thomas fights through it and the pain ebbs and flows as the grind of the season wears on.

“He’s a tough kid,” said Prohm, whose team seeks its second 4-1 league start in the past three seasons. “He’s the most diligent in his approach to the game of probably any kid I’ve been around.”

Morris turned heads yet again with his stellar line of 30 points, five rebounds, five assists, four steals and zero turnovers in 39 minutes against the Cowboys.

The Big 12’s preseason player of the year is looking to advance — not maintain — after that performance, and readies for a tough-minded and deep Horned Frogs team that’s brimming with confidence under first-year, but veteran coach Jamie Dixon.

“Thats the best I’ve shot it all year, but that’s not going to stop me from working,” Morris said of his All-American-esque effort at Stillwater. “I’m going to keep grinding, keep chopping at it every day to get better.”

“They went to West Virginia and played well, a close game,” Prohm said. “They had Kansas down to the wire at their place. They’ve won on the road. They’ve had some good non-conference wins so I’m sure it’s going to be a great environment.”

That’s what Thomas is spinning towards — and beyond. When physical prowess wanes, he builds up the mental side. Anything to get a competitive edge as the Big 12 season powers on.

“I try to find different ways to prepare for the game, whether it’s watching more film or just doing more form shooting,” said Thomas, who’s snagged double-digit steals in three straight games. “I can do form shooting. That’s not going to put any stress on my foot; it’s just all the running and wear and tear and cutting and whatnot that’s going to hurt it. So I’m really putting a lot more emphasis on doing form shooting, just shooting a lot of free throws, just making sure my stroke’s pure, but then just the mental aspect of it, too. Like I said, watching film and making sure I have a clear head going into games.”

Clear. Focused. Driven — even off to the side, in a sweat-drenched corner where he churns up lactic acid instead of draining clutch 3s — except on game days.

“On the stationary bike, yeah, I try to stay locked into practice,” Thomas said, “and do what I can to stay a part of it.”

Naz Mitrou-Long has a message for those shivering and snuggling in the long line of tents snaking around Hilton Coliseum in advance of Monday’s big home game against No. 2 (for now) Kansas. “Best fans in the country, no ifs ands or buts. That’s why I came to Iowa State, man, for that sole reason — their commitment to us, to this university, to be able to get into Hilton. I mean, it’s freezing out there. I was complaining getting from class to class today and they’ve been out there (for over a week). They deserve the world. We appreciate them. We love them. Like I said, best fans in the country.” 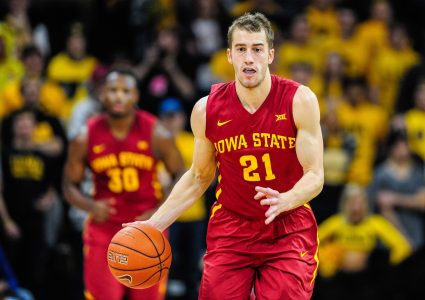