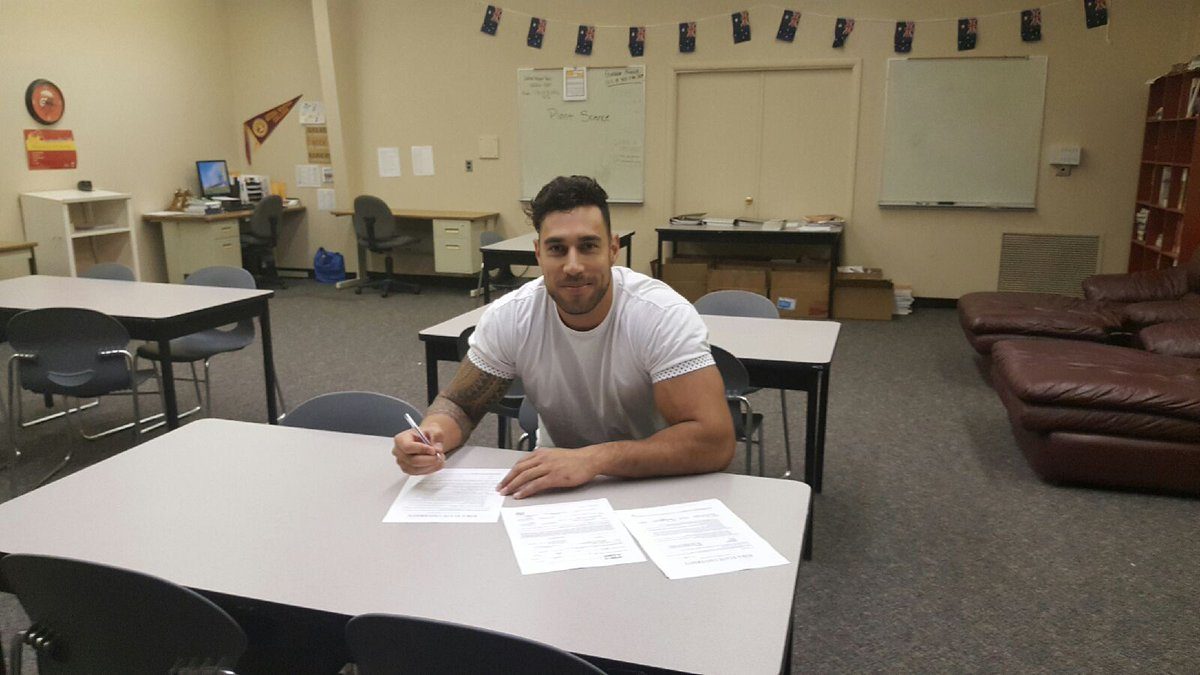 Iowa State has signed junior college defensive end Matt Leo, per the Twitter account JUCO Football Forer. The school officially announced the signing in a release shortly after the tweet.

Leo is the No. 5 junior college weak-side defensive end in the class, per 247Composite. He’s the No. 45 junior college prospect in the country and chose ISU over Oklahoma, Arizona, Kansas and a host of others.

“One word comes up with Matt, and it’s size,” said Iowa State head coach Matt Campbell in the school’s release. “He’s got great length and really does a great job coming off the edge. He has the ability to rush the passer, but also the strength and ability to stop the run.”

Not surprisingly, the rest of the ISU coaching staff was pretty jacked up about the signing.

Awesome news. Not a common bloke!

The 6-foot-7, 265-pound prospect visited Ames for the Cyclones’ win over San Jose State in September. He took an official visit to Oklahoma last weekend.