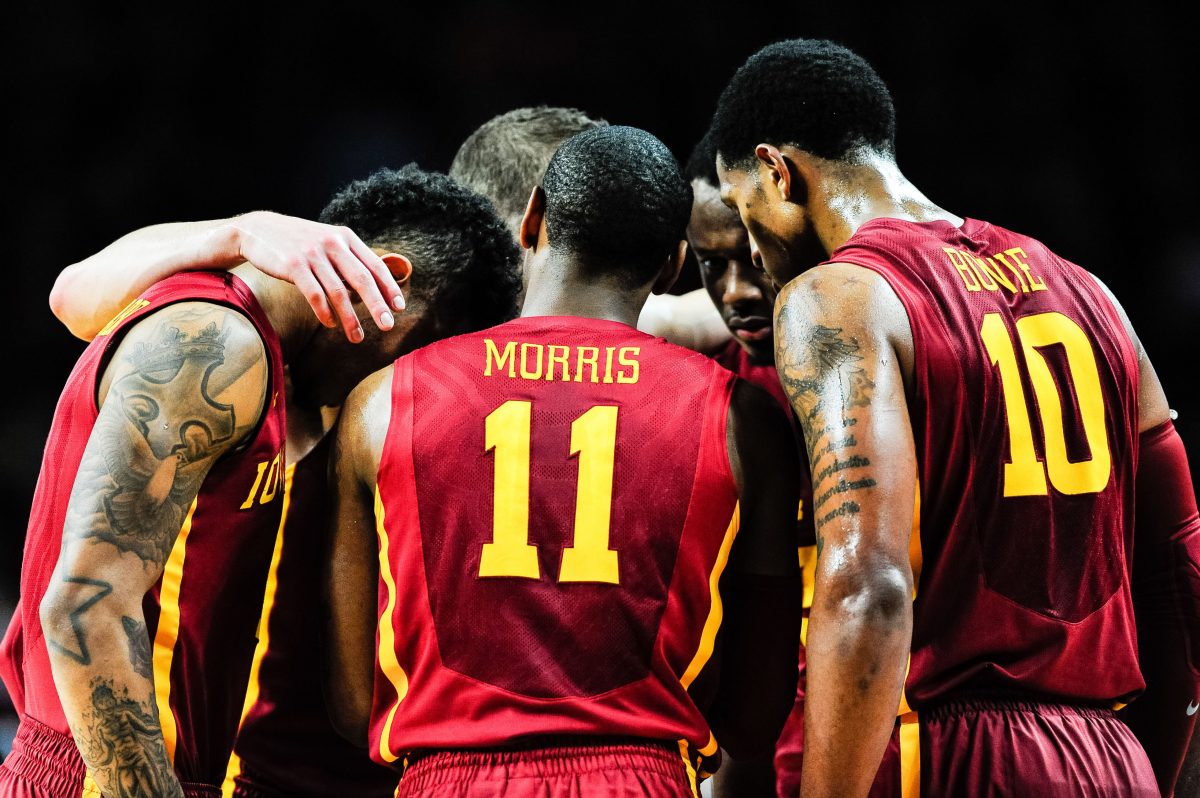 Despite losing to Cincinnati last Thursday, the Iowa State Cyclones are in the AP Top 25 for the 61st-consecutive week. The Cyclones fell six spots from No. 19 to No. 25 in this week’s poll.

The previously unranked Bearcats climbed to No. 22 after the win at Hilton Coliseum. Villanova is the nation’s new No. 1 team followed by UCLA, Kansas, Baylor and Duke to round out the top five.

West Virginia at No. 15 is the only other Big 12 school in this week’s ranking. TCU did make an appearance in the receiving votes category after getting 33 points in the poll.

The Cyclones will take on Omaha on Monday at Hilton Coliseum in a 7 p.m. tip on Cyclones.tv.