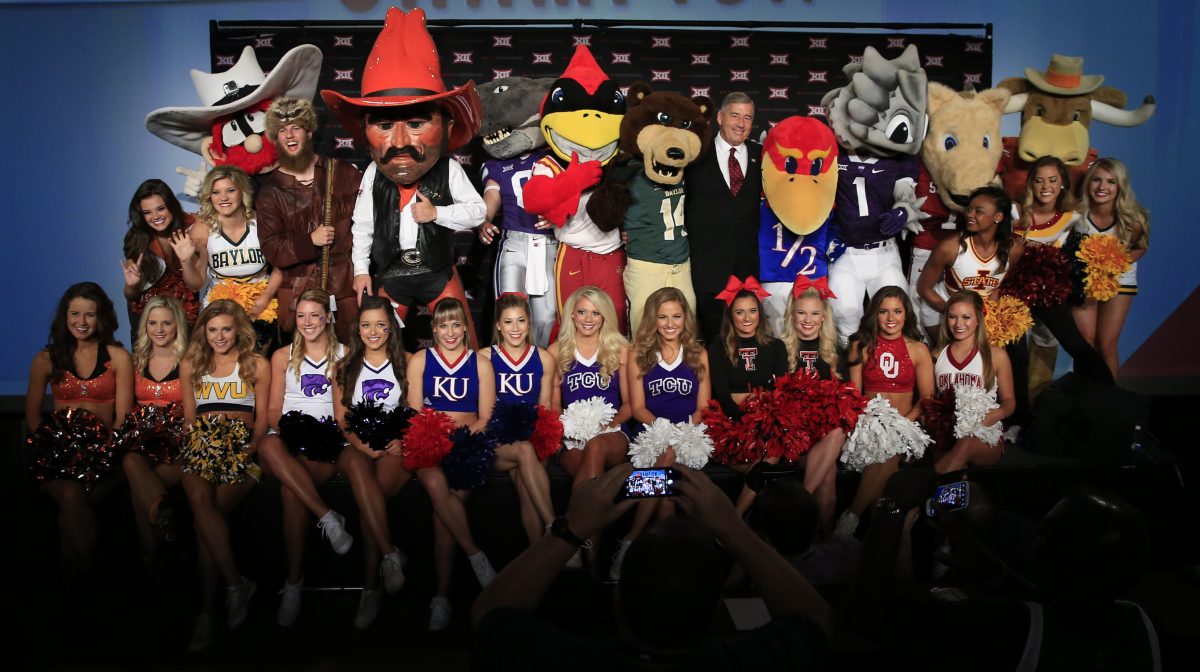 1 – I have a serious problem when it comes to the macro way that I view sports.

I admittedly spend way too much time thinking about public relations and marketing. (For what it’s worth, my journalism degree has an emphasis in public relations, so this somewhat makes sense. I’m wired this way.)

Now that I’ve got that off of my chest, perhaps you guys can now understand why covering the Big 12 Conference has been so maddening for me all of these years?

For what it’s worth, I do not believe that the Big 12 presidents and decision makers are as dumb as most trolls on the Internet make them out to be (although for the life of me, I still cannot figure out how the league passed on Louisville five years ago). However when it comes to big decisions and showing sings of cohesiveness, this group is really, really awful when it comes to public relations.

The latest: I can’t tell you how this will turn out, but the league is actively promoting a press conference today (featuring Bob Bowlsby and Oklahoma president David Boren) at 5:30 following a board of directors meeting in Dallas.

Again – perhaps I am reading way too much into this – but after months of drama, why actively promote and try to get fans to watch if you are going to announce absolutely nothing?

Another juicy tidbit leading up to 5:30: BYUtv is showing the press conference live.

Do those folks know something that we don’t know?

2 – There is a common thought out there (I have already read it on our forums a couple of times today) that if the Big 12 indeed doesn’t do anything, that the league’s future is doomed. While I too would like to see expansion of some sort (give me what is by far the biggest brand out there, BYU and one of the others), that simply isn’t true.

What would be a worse sign for the long-term future of the league is the Big 12 expanding to 14 without the blessing of its television partners.

I don’t have a big problem with David Boren. Never have. Kinda like the guy. Boggles my mind though that he is the Big 12 prez rep still.

3 – I wasn’t shocked at the outcome of Iowa State’s 27-6 loss to Texas over the weekend. What did surprise me though was how it went down.

Leading up to the game, I was very concerned about Iowa State’s ability to “get up” following two straight weeks of blowing double-digit fourth quarter leads. The Cyclones absolutely showed up on Saturday night, they were just out-manned in a very serious way, specifically up front on both sides of the ball.

I wasn’t upset that Iowa State lost to Texas because I thought that they would, but it was a bit disheartening to see the team take a step back, something we hadn’t seen the Cyclones do since the Iowa game.

4 – The silver lining to this 1-6 start is that Iowa State’s most winnable Big 12 games are all yet to come. Four of the five remaining games are also at home.

When I saw Iowa State’s schedule initially, I didn’t like how back loaded the “winnable” games were because I feared this roster being beaten down by the time that late October rolled around.

For the most part though, Iowa State has remained pretty healthy in 2016 and I’m hopeful that will show in the month of November.

The timing of the bye week could not be better for guys like Trever Ryen, Allen Lazard and Kamari Cotton-Moya, who have struggled with lingering issues over the last month or so.

5 – A positive football note: I doubt that most of you stayed up for Cyclone Reaction on Saturday and I can’t say that I blame you, but my co-host, former Iowa State wide receiver Jack Whitver, gave a somewhat bold take.

He thinks that true freshman Deshaunte Jones will ultimately go down as the most successful wide receiver in the history of Iowa State football.

Just over halfway through his rookie campaign, Jones has 17 receptions for 291 yards and three touchdowns. I think what Jack was getting at though was that Jones looks the part. His breakaway speed and impressive route running abilities are phenomenal for a true freshman. He should only add onto to his current 5-10, 175-pound frame.

6 – Speaking of marketing, Iowa State really does a great job with its “Hilton Madness” event. It truly has become one of my favorite nights of the year related to Iowa State. The 2016 event was no different.

Some highlights from the first two rounds of the Hilton Madness dunk contest pic.twitter.com/zqUXZvYEm7

Don’t take it too seriously, but the clinic that Donovan Jackson put on in the 3-point competition was really something else. It only reinforced what I already thought – that he is too good to bury on the bench during the upcoming season.

One Iowa State staffer once told me that had Monte Morris gone pro and Naz Mitrou-Long not gotten a fifth year, Jackson would have led the team in scoring this season.

Point is, this guy is legit and when you are counting down the days to tip-off, don’t forget about D-Jack. 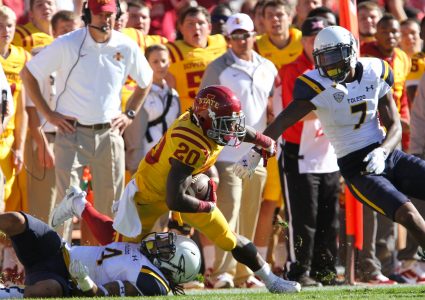 MONDAY MUSINGS: No moral victory in that loss to Texas