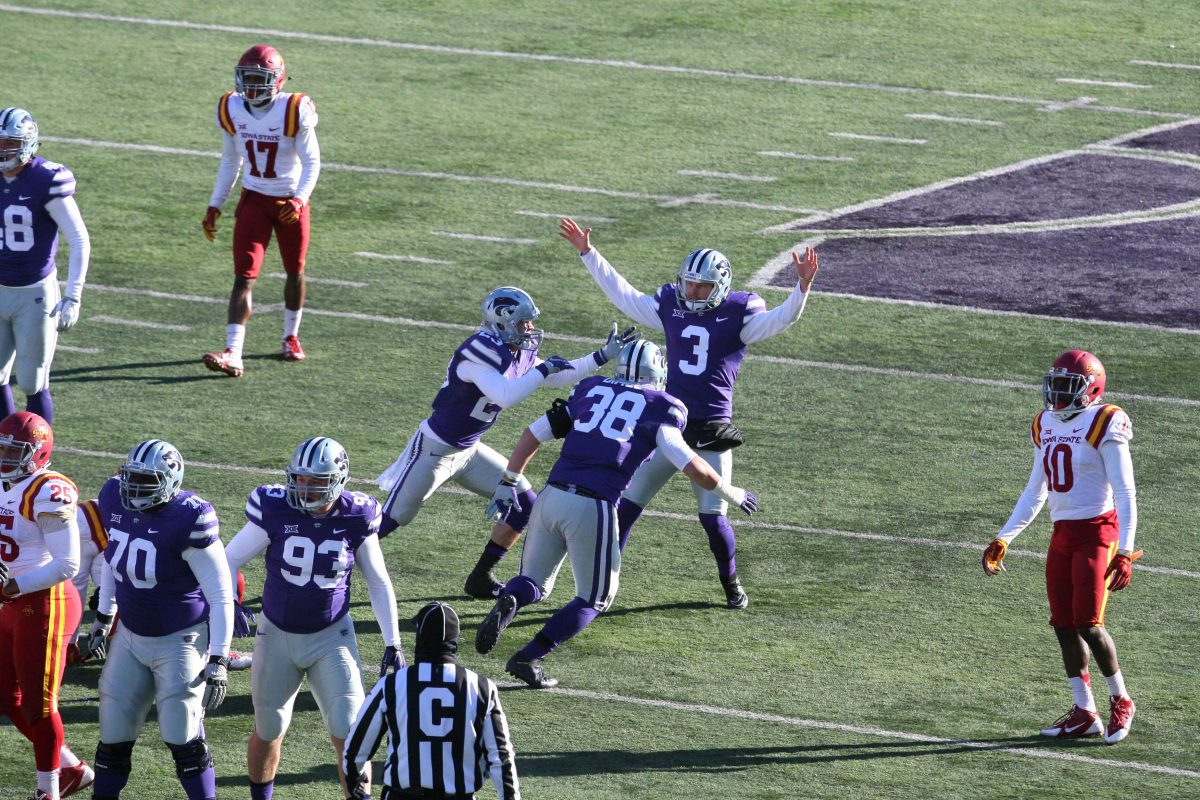 AMES — Allen Lazard and Joel Lanning faced each other before facing the media in advance of Saturday’s 11 a.m. Big 12 matchup with Kansas State.

Then it slowly dawned on them: In a matter of moments, those reporters are going to ask about last year’s game.

“Honestly, I didn’t even think about it until Allen and I were sitting in one of the rooms and we were talking and we were like, ‘Oh,’” said Lanning, who has rightly tried to forget how the Cyclones let a 35-14 lead evaporate in a jaw-dropping setback in Manhattan. “It just popped in our minds.”

Yes we went there. We had to — and eventually ISU coach Matt Campbell reminded them of what happened, too. It wasn’t to dwell in the past. Instead, that memory can guide them to a brighter future.

“I think it’s really important for our kids to, number one, know the history of this game,” said Campbell, whose Cyclones (1-6, 0-4) seek to end an eight-meeting skid against the Wildcats (4-3, 2-2) at Jack Trice Stadium. “Number two, what makes them a good football program and a good football team?”

They tend to finish, for one.

Bottom line: Who can truly forget how the Wildcats scored 10 points in the final 42 seconds to pull out a gut-wrenching 38-35 win — and how similar events have occurred this season?

“I don’t think that will ever leave my mind,” ISU punter Colin Downing said. “That’s probably one of the most impactful games that I’ve been a part of since I’ve been here, just in terms of how bad that ended.”

Oh, and about not taking a knee in last year’s loss, which preceded two late fumbles (one by Lanning)?

“It wasn’t my call at the time,” Lanning said. “Coaches had their deal about it and I think they said we needed to get one first down or something like that and then take a knee. It is what it is.”

The specter of that loss casts a long shadow over the present and must be banished in order to set the ball rolling in the opposite direction.

Again, such low points can motivate, not enervate. That’s why Lanning and Lazard don’t want to stew over it. Doing otherwise would be unproductive. They know what happened. They’re determined to not let it happen again, despite how the 2016 season has gone to this point.

“We’re just going into this game just like every other week,” Lazard said. “We’re going to prepare our best and go out there and perform to our best.”

The Cyclones’ star receiver refused to go there — and good for him. He and his teammates have turned the page, even as the desired results have proven difficult to obtain so far.

“It’s all in the past,” said ISU running back Mike Warren, who like Lanning fumbled late in last year’s loss. “It’s definitely going to be a good game for us to define ourselves.”

The Cyclones have a chance during this home stretch of five games — four coming at home — to correct course and crowd out past collapses by earning rousing wins.

It won’t be easy, of course, starting with K-State, which allows a scant 21 points per game despite already playing high-scoring Texas Tech and Oklahoma.

“He has a really good speed-to-power move and you can just tell he plays the game hard,” said ISU guard Patrick Scoggins, who added that the bye week helped he and his line mates heal up and refocus. “He plays the game the way it’s supposed to be played.”

A lot of times, so do the Cyclones. ISU has held second-half leads in three straight games — all losses. So forget last year (eventually, if you can). Saturday could harbor hopes of a fresh start, one defined by fist bumps, not head shakes. “Could” being the operative word.

“Like I was saying earlier, we’re a completely different team from what we were last year,” Lanning said. “Just got to stay true to ourselves, trust in each other and believe that we can turn this half of the season around.” 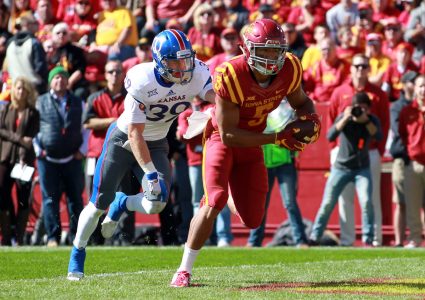 OUT OF THE CELLAR: ISU and KU seek to shed losing skids