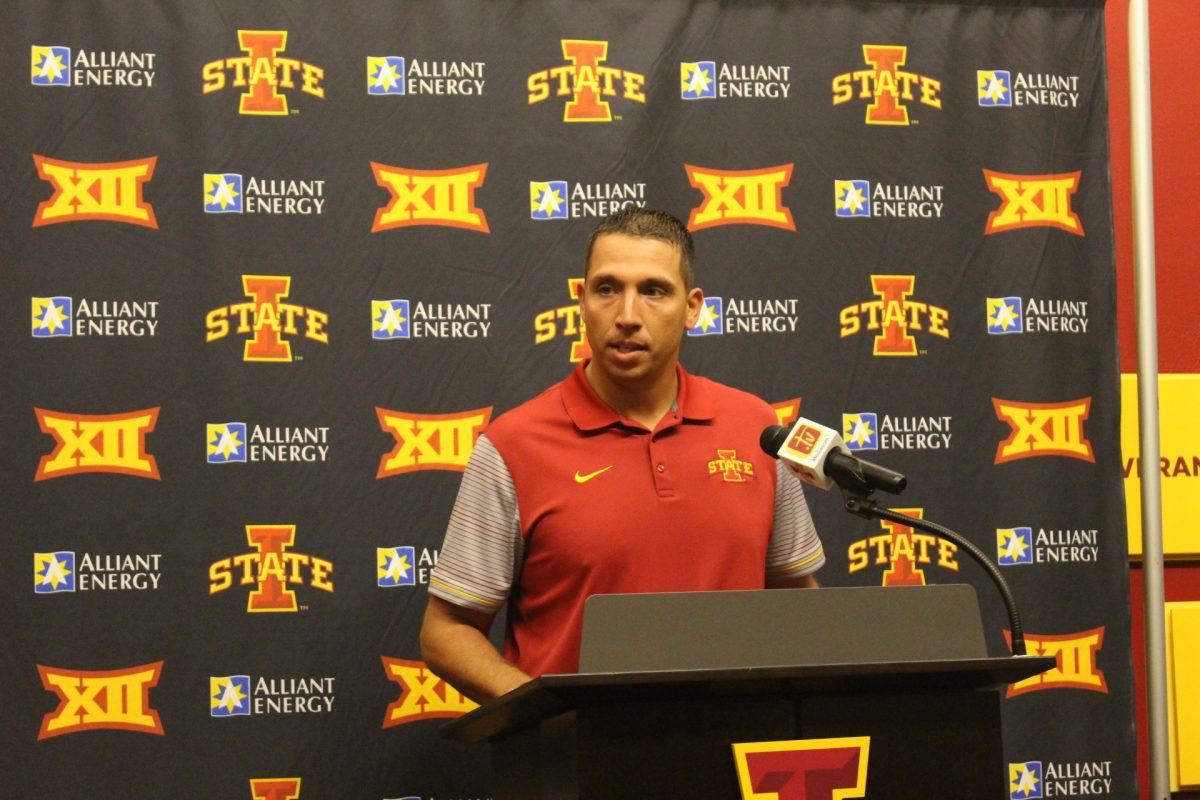 Tuesday afternoon on 1460 KXnO, I got a little annoyed with a caller. Looking back, I probably got a little bit too irritated with the man but when he called in to puff his chest (the man said he had tweeted 10 months ago that it was a bad hire) about how Matt Campbell won’t ever have success at Iowa State (after seeing only two games), my patience wore pretty thin.

Should fans be critical of Iowa State’s performance in the first two games of the 2016 season?

Absolutely. Regardless of the situation, losing to Northern Iowa in any season is embarrassing, as is being blown out by your archival. So nitpick, complain and be as angry as you want. Fans who support the program have a right to do so.

What gets me agitated though is this notion that anyone can tell that a coaching staff will be an overall failure (or success) after watching two games.

That seems incredibly arrogant to me.

I have no idea if Matt Campbell is the guy who will lead Iowa State to the promise land. After watching him coach another guy’s players for two games, I also don’t know that he will be a total failure either.

One of the top conversations in the Big 12 this offseason was how great TCU’s defense was going to be.

TCU’s start – to me at least – has been one of the most underwhelming in all of college football. It began in week one, a 59-41 nail biter vs. FCS South Dakota State. TCU then lost to Arkansas in double overtime 41-38 last Saturday, which spurred head coach Gary Patterson to question his team’s heart.

All of this has to be driving Patterson, one of the brightest defensive minds in the sport, absolutely crazy.

Because of Patterson’s history and the obvious talent wearing purple, Iowa State expects a turnaround this weekend.

“Statistically, it certainly has shown that they are not where they have been but when you turn the film on, there are a lot of guys back from a year ago who have been injured and dinged up,” Campbell said. “You are starting to see them in times during that second half against Arkansas really come into their own. They were running, tackling and making really great plays on the ball. It’s a matter of getting those guys back from a year ago settled into where they played and what they do.”

Unfortunately, Iowa State’s 116th ranked offense might be just what the doctor ordered for the slumping Horned Frog defense.

I like the way Campbell is approaching things though when he said, “From our standpoint, as much as we have to worry about TCU, we have to address Iowa State and our fundamentals and details. We have to take care of what gives us the best opportunities to be successful”

Big weekend for the Big 12

There’s really no way around it: The league is down this year.

A home loss by Oklahoma State to Central Michigan (even though the Cowboys really won) was an awful look. There was TCU going down to Arkansas and frankly, Oklahoma didn’t look like it belonged on the same field as Houston (from the AAC) in week one.

However, we can call this “redemption Saturday” for the league.

Oklahoma could make a splash if it beats up on Ohio State – who is surprisingly a 2.5-point favorite in Norman.

Texas is on the road at California too, where the Longhorns are a 7.5-point favorite.

Are the Longhorns for real? Big 12 fans better hope so, because the men wearing burnt orange might be the only chance you’ve got. 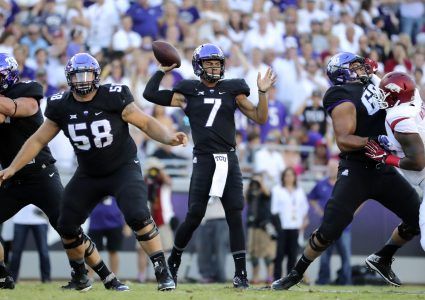 TCU a three touchdown (plus) favorite over the Cyclones 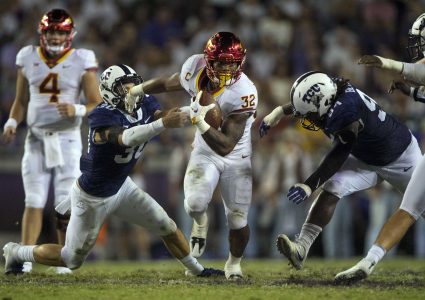