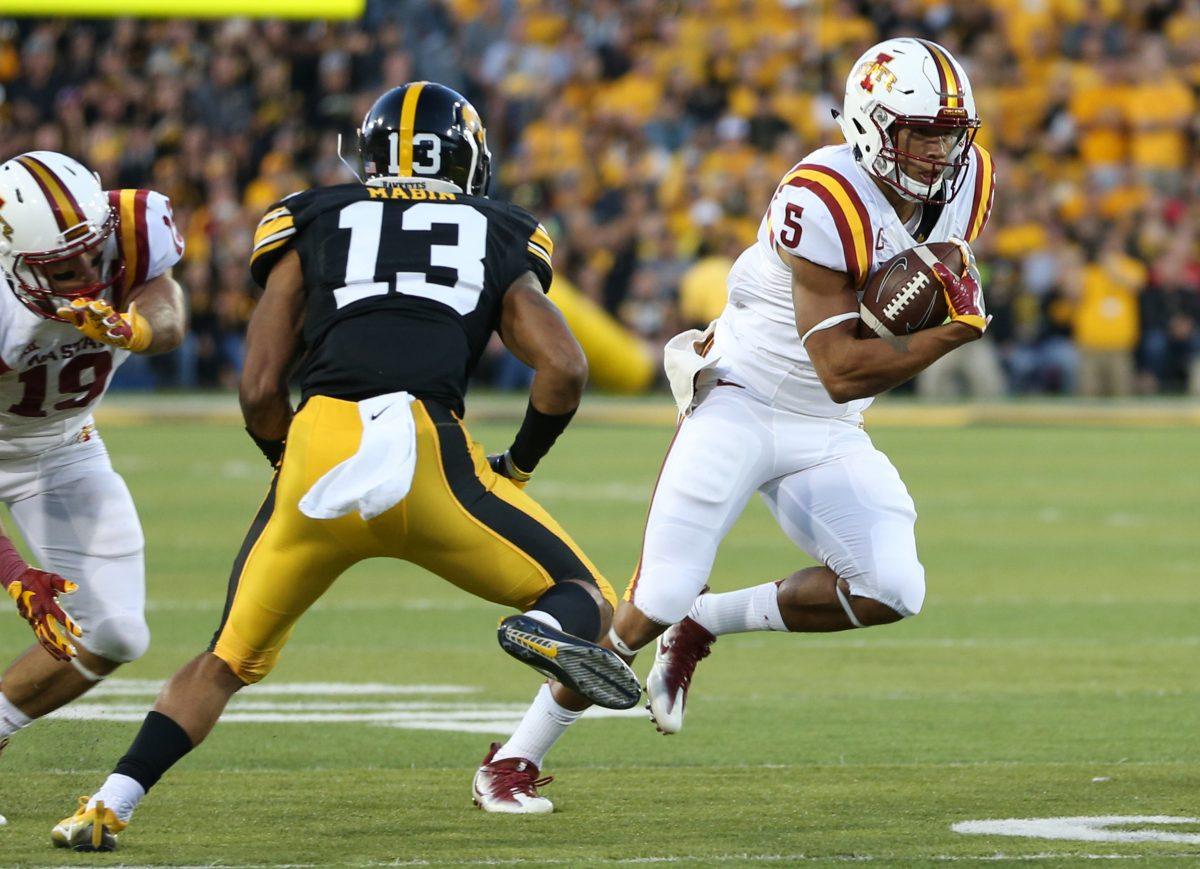 Questions have swirled over the past several days about the health of Iowa State wide receiver Allen Lazard. On Wednesday, head coach Matt Campbell cleared up the health situation of his star pass-catcher.

Lazard has practiced the past couple days, but has been slightly limited by a foot injury.

“He’s got one of those injuries that just limits his ability to fully practice,” Campbell said. “It’s one of those things we’re just working through. Allen’s a tough kid. Practiced tonight, but he’s certainly not practicing at 100 percent, I think it says a lot about him. Gets himself out there and has practiced and has put himself in position, at least when it’s game time, to be as close to 100 percent as he can be.”

The 6-foot-5-inch, 223-pound, junior has caught 14 passes for 248 yards and one touchdown during the team’s first three games. Although, he caught just one pass for eight yards during the team’s 41-20 loss to TCU last Saturday.

Lazard was leading the Big 12 in receiving yards per game heading into last week.

“I think it had a lot more to do with what they were doing and the schematic aspect of it than it did Allen’s health,” Campbell said about Lazard’s performance against TCU. “Allen’s deal is just a foot injury. Just kind of working through it. Nothing major, but just some of the nicks and bruises that you deal with in college football.”

Lazard has set a school record for consecutive games with a catch at 26 in a row. That streak won’t be in danger of ending this weekend — at least not for injury reasons — when Iowa State hosts San Jose State on Saturday at Jack Trice Stadium.

“I think it’s gotten better,” Campbell said. “I think he feels better this week than he did before so you hope it just keeps getting better.”