Iowa State has picked up a commitment from junior college defensive tackle Kamilo Tongamoa, a source confirmed to Cyclone Fanatic on Sunday. The 6-foot-5-inch, 320-pound, prospect visited Ames this weekend.

Character, toughness, Elite up the middle! Huge pick up for the Cyclones! #CycloneSquad17 #AStormIsBrewing pic.twitter.com/SQdjw69EdK

The Merced College product also held offers from Arizona State, Colorado, Cincinnati, Oregon State, Purdue and a handful of smaller schools. He committed to Colorado State out of high school.

He is rated as a three-star prospect by 247 and is ranked as the No. 18 JUCO prospect in the class. He’s the No. 4 JUCO defensive tackle on the list.

Adding a JUCO defensive lineman to the class has been one of the top priorities for the Iowa State staff in the recent weeks. El Camino College defensive tackle Ray Lima also visited campus over the weekend.

Any JUCO defensive lineman in the class will be expected to fill a role on Iowa State’s line immediately next season with the graduation of Demond Tucker, and several other key contributors, on the horizon.

Stay tuned to Cyclone Fanatic over the next couple days for more on Tongamoa’s commitment. 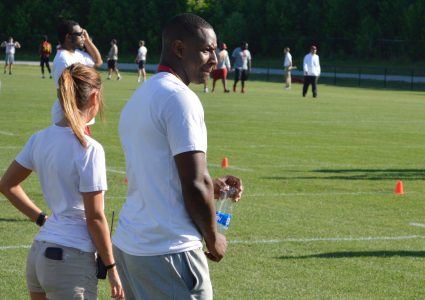