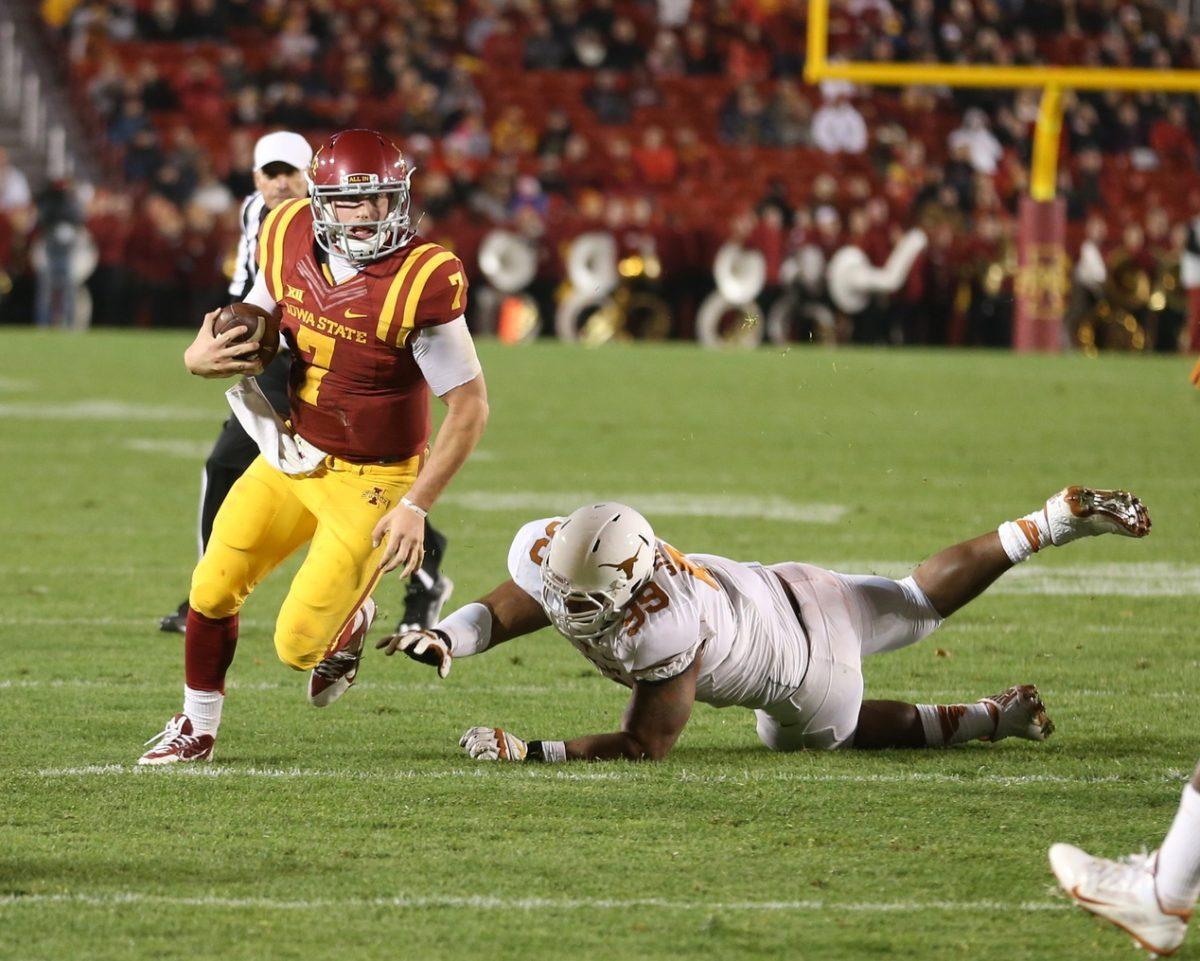 As fans filed out of Jack Trice Stadium with 38 seconds left in last season’s 31-7 week one win over Northern Iowa, the tough-minded Lanning, then ensconced as the No. 2 quarterback, finally saw the field.

The Ankeny native “ran” once for zero yards. Time expired. And the Cyclones emerged victorious — unaware of how big of an ongoing role that single game’s closer would play as another victory-challenged season stretched toward 2016.

“It’s kind of a blur because it’s so long ago and in the middle of the season a lot of things were happening with me,” said Lanning, who became the starter midway through the 2015 campaign and now is one of four elected team captains. “So I don’t really remember much, but I do remember that I got my first snap against them at the very end of the game. That was fun.”

Now it’s Lanning’s team. Not his alone, of course, but as a designated leader, his role clearly has expanded and deepened.

“Joel is everything you want in a football player,” ISU’s first-year head coach Matt Campbell said. “Joel is the first guy in and the last guy to leave. Joel is the guy that when you’re running sprints, he wins. He just doesn’t win the first sprint. He wins every sprint.

It’s not simply about accuracy (which Lanning hopes to improve after completing 55.7 percent of passes in 2015). Or footwork, an element of the game he’s worked on assiduously in the offseason. Lanning’s most significant growth has come between his ears, as brute force and talent merged with heightened awareness and accountability.

“I think he’s a guy that certainly defines what we want in terms of leadership within our own football program,” Campbell said.

Lanning threw 10 touchdown passes last season. Only four of his passes were intercepted. One number, he reckons, will rise in 2016 — and it’s naturally the former, not the latter.

Lanning’s ascent can serve as a harbinger for the team’s. Much of that, of course, is beyond his control — as it was for the man he eventually replaced at quarterback, Sam Richardson — but a new coaching regime reinvigorates hope.

“I feel like everyone’s just excited and ready to go,” Lanning said. “Have fun. We believe in one another.”

Beating the FCS No. 5 Panthers begins with togetherness. UNI has upset the Cyclones in two of the past five meetings. Suffice it to say, the Mark Farley-led Panthers will emerge from the other side of the tunnel unintimidated and intent on spoiling Campbell’s ISU debut — as they did for (sorry to bring this up) Gene Chizik in 2007.

“What I do know is the confidence and the culture of that program is right,” Campbell said of UNI. “You’re talking (about) a team that the success they had a year ago (FCS quarterfinals), the success they’ve had in coach Farley’s career, they know what to expect. Their kids play hard all the time. They have great consistency about themselves.”

Campbell then pointed out that last season, ISU led 10-7 in the third quarter. The mood in Jack Trice Stadium was tense. Until a late flurry, the Cyclones’ victory — and Lanning’s quiet debut — was in doubt, perhaps destined for another day.

As for being a captain as those fights rage on now and for another 11 regular season games? It’s a privilege, Lanning summed up. It’s a responsibility, too, and not one he takes lightly.

“They’re just asking me to be who I am and lead this team how I’ve have been,” Lanning said. “Like I said, if someone needs to be talked to about how they’re behaving or if they need more confidence, I’ll go talk to them. I’ll pick them up a little bit. Just try to lead the team and get us going in the right direction.”

A new day has dawned — with yet to be revealed, incendiary walk-out music to match pre-game pyrotechnics. Lanning’s not looking to create, nor ignite, superficial fireworks. Still, how far he’s come coincides with how far Campbell yearns to take the program.

“Going from all that to starting; one play maybe doesn’t seem like a lot but it actually kind of helps you get that feeling,” Lanning said of his first snap’s importance. “That was the first time I’d been hit in two or three years, so it was kind of nice to get hit a little bit. Then it just kind of carried on from there and leading this team is just an honor. I can’t wait to do it on Saturday.” 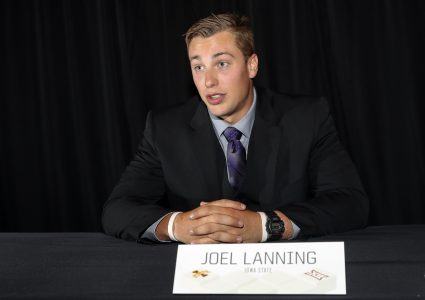 Lanning preps to play for fourth coordinator in four years