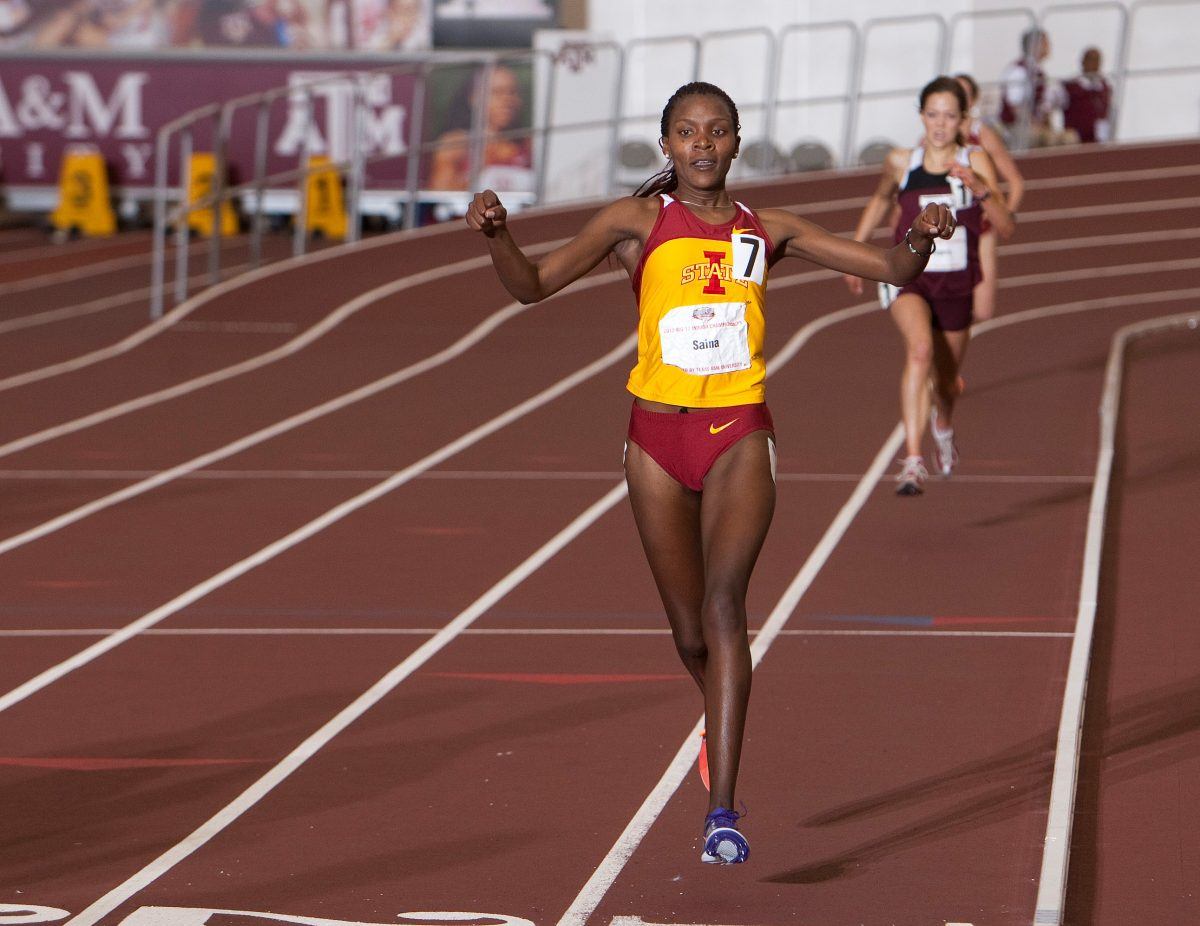 RIO DE JANIERO, Brazil – Three-time NCAA champion Betsy Saina marked her Olympic Games debut in style with a fifth-place finish in the women’s 10,000-meter run at the Olympic Stadium in Rio. Saina ran a 50-second personal best of 30:07.78 in a race that featured a world record and numerous national records across the competition.

The race would not be a repeat of the mundane pace of the 2015 IAAF World Championships women’s 10,000-meter run, as Saina helped the Kenyan contingent establish a very fast pace. Within the first mile, a lead group of eight broke away from the field, with Saina among the contingent that quickly built up a lead of over 100 meters in the first 2,000 meters, and began lapping the competition just after the two-mile mark.

Saina and the leaders went through the halfway mark at an astonishing 14:46 pace, only slightly faster than Saina’s personal best of 14:39 in a 5,000-meter run. As the runners crossed the line with 12 laps to go, Almaz Ayana of Ethiopia had other plans and upped the pace with a pair of 67-second laps to blow up the lead pack. The challenge for Saina was now to consolidate her high placing while battling the lapped traffic brought onto her by the furious pace at the front of the race.

It was the fastest women’s 10,000-meter run. Ayana speeded home in 29:17.45, breaking a 23-year old world record by 14 seconds. Silver medalist Vivian Cheruiyot of Kenyan missed out on the previous world record by less than a second, but settled on a Kenyan national record in 29:32.53. The top-14 finishers in the 10,000 ran personal bests with national records also set for the United States, Turkey, Norway, Australia and Burundi.

Next Cyclone in Action

Hillary Bor, a four-time All-American in the steeplechase during his time in Ames, will compete in the heats of the men’s 3,000-meter steeplechase on Monday.