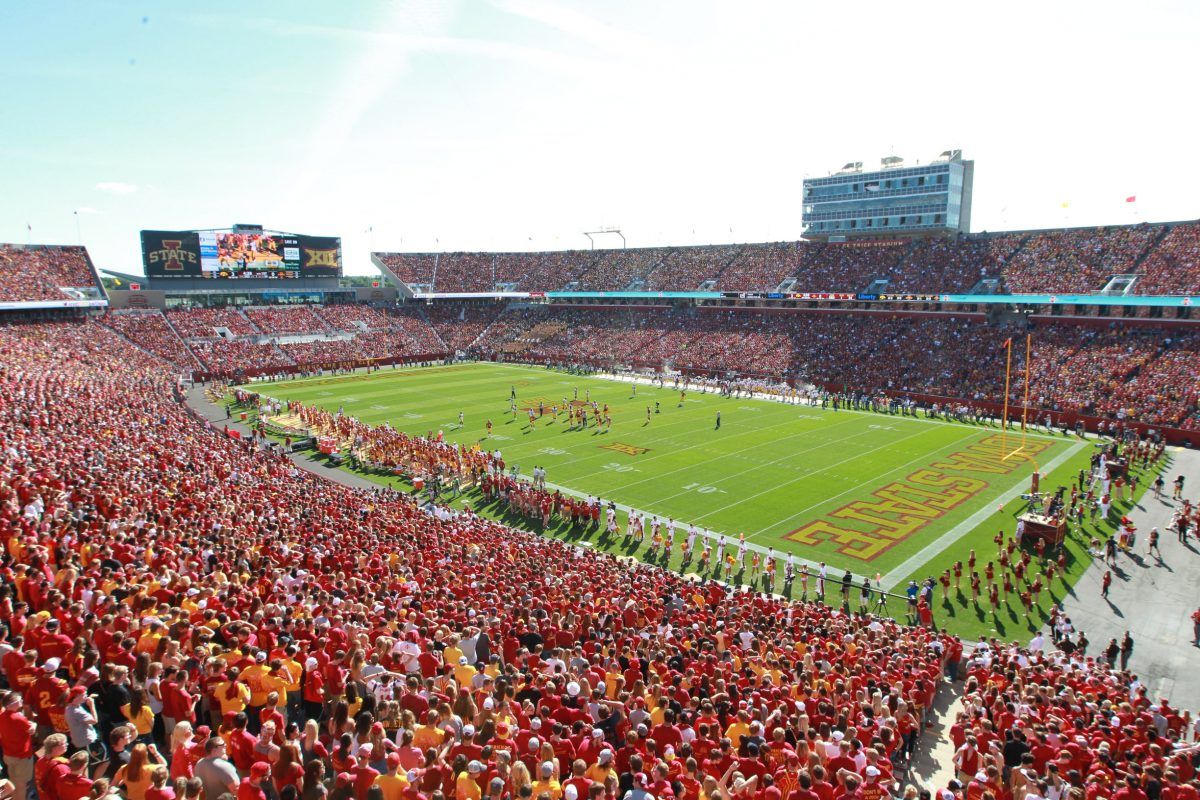 Iowa State’s athletic budget in 2005 was a shade over $28 million, Jack Trice Stadium’s average attendance was 42,000 per game and Iowa State University’s enrollment was 25,500.

Iowa State seemed healthy from the outside, the Cyclone Football team had gone to bowl games in four of five years, the basketball team had made the NIT semi-finals under new coach Wayne Morgan and the women’s basketball program was chugging along.

Iowa State could have been content to maintain the status quo and roll forward like they always had, but Pollard had other ideas in mind and was determined to take Iowa State to places never seen.

The initial Cyclone Fanatic was launched in January 2006 by founder Jeremy Lind. Cyclone Fanatic began as a blog, but quickly became a very active community forum. And most importantly, it was free.

Coverage of Iowa State athletics was an interesting study in those days. If you wanted your Cyclone fix, you could read a few articles a week in the Des Moines Register, Ames Tribune or Iowa State Daily. Those living in eastern Iowa were lucky to get half that. You could watch the evening news to catch the sports at approximately 6:25 and 10:25 (your timing had to be impeccable). Local sports talk radio was becoming increasingly popular as well. However if you lived out-of-state, it was a chore to stumble upon any info.

The diehards could subscribe for a fee to the Rivals or Scout sites or order the Cyclone Nation magazine. In the mid-late 90’s, Cyclone Illustrated was another monthly publication that was a must have. Cyclone Illustrated covered this crazy off-season thing called recruiting. Cyclones could also chat on the ESPN or AOL forums and even congregated on a general Iowa State student forum aptly named Strangetalk.net.

In 2006, Facebook was brand new, Twitter didn’t exist, Cyclones.tv was one-man, a radio stream and a camera. Several Iowa State games each year were not even televised in any capacity. Consistently keeping up on the Cyclones took effort.

Enter Cyclone Fanatic. Almost instantly, fans of the Cyclones finally had a singular, free place to gather and interact. No longer did you have to pick up the phone and call your friend who knows a guy to get the latest Cyclone scuttlebutt. If you had a hot take on Barney Cotton’s play-calling you didn’t have to bore your significant other (THROW IT TO BLYTHE), you could share it with people who actually cared. Through Wayne Morgan’s firing to the downfall of Dan McCarney to the bizarre Gene Chizik era, Cyclone Fanatic was a conduit for information sharing and no doubt increased interest in Iowa State athletics.

Interest leads to passion which leads to support.

Iowa State athletics has grown up and so has Cyclone Fanatic.

Lind handed control of Cyclone Fanatic to new ownership (shout out to Jason, Matt and Brian) to Chris Williams in the fall of 2009 when Paul Rhoads walked out to Smoke on the Water for the first time. Six months later, Greg McDermott headed to Omaha and The Mayor took office. Cyclone Fanatic became more than just a forum, multiple content items were produced a day.

When the Big 12 missile crisis exploded and Nebraska and Colorado bolted in the summer of 2010, Fanatic had a running blog. When news broke, Cyclones had a place to read and digest the latest instantly. Podcasts were added in the fall of 2010 and the Thursday night radio show soon followed.

Hoiball became a national treasure, Iowa State won the Big 12 Tournament for the first time in nearly 20 years and the women’s basketball team made its ninth straight NCAA Tournament. Fanatic hired a second full-time writer, a full-time sales guy and a few more interns, thus keeping an ever-growing site free and better than ever.

Today, Iowa State’s athletic budget is over $70 million, Jack Trice Stadium’s average attendance in 2015 was 56,500 and Iowa State University enrollment has climbed to an astonishing 36,000—eclipsing the University of Iowa by nearly 4,000 students. Numbers that were unfathomable a decade ago.

Today, we begin a new era at Cyclone Fanatic with the same goal that started way back in 2006: a free destination for Cyclones to be informed, entertained and gather together.

Thanks to the support of a one-of-a-kind fan base at Iowa State, Jamie Pollard’s ambitious vision for Iowa State athletics has become a reality. The best is yet to come.

We here at Cyclone Fanatic are excited to be there every step of the way.