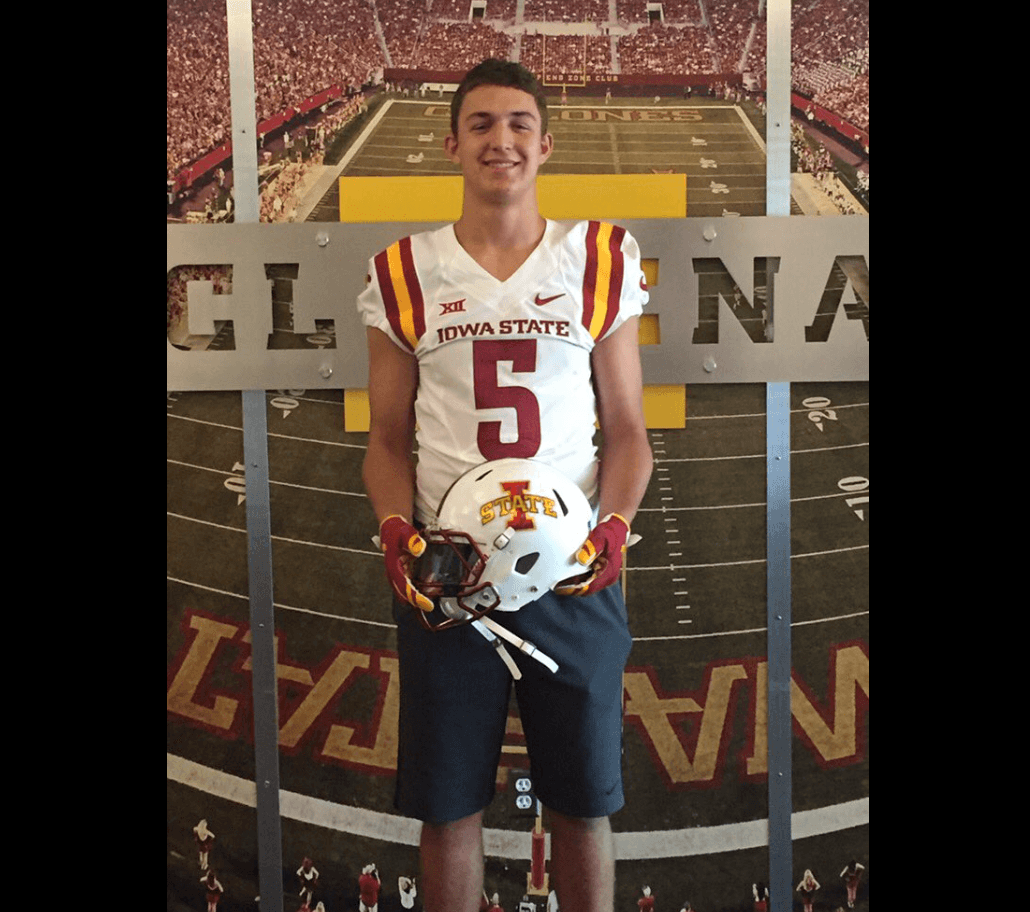 Charlie Kolar didn’t plan to commit when he made his way to Ames for a visit on Thursday. The tight end from Norman, Okla., liked Iowa State, he knew it was a “cool place,” but he didn’t have any plans to commit.

Something changed that once he got to campus. That’s why he before he left on Friday he told head coach Matt Campbell that he was committing to the Cyclones.

“I made a transition from Iowa State was cool, I liked it to I love Iowa State, it’s awesome,” Kolar said over the phone while he made his way home. “That’s why I just did it. It felt right.”

Kolar is the first tight end to join Iowa State’s class, and the first prospect from the state of Oklahoma. His commitment is likely just the first domino to fall as a result of this big recruiting weekend.

He plays a majority of his high school snaps at wide receiver but his big-frame translates well to tight end at the college level. He was a dangerous pass catcher during his junior season for Norman North with 52 receptions for 920 yards and 13 touchdowns.

“With Iowa State, the thing that was really impressive was the fan support was incredible,” Kolar said. “Even in the down years where they go 3-9, or like last year or whatever, fan support is still awesome. They are still out there every game. Coach Campbell, Coach (Alex) Golesh and everyone were all just raving about how the fans are awesome. They supported them so quickly and quickly just wrapped around them. It just felt right. I trusted them. They trusted me with the offer and I thought it was a good place to be. I thought it was a place I could spend the next four or five years.”