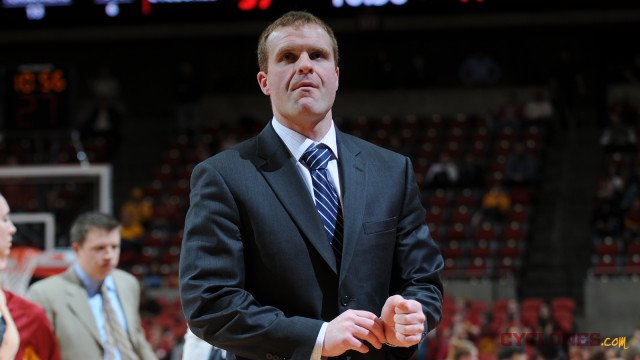 The following is a press release courtesy of ISU athetics communications.

“I’m really excited to add Pete Link to our men’s basketball staff as the new strength and conditioning coach,” Prohm said. “This is such an important role in continuing the level of success our program is accustomed to. Pete comes really highly recommended from (Iowa State women’s basketball coach) Bill Fennelly. He is very hands-on in his approach and has a strong passion for Iowa State University. I can’t wait to get started with him this summer.”

Link has spent the majority of his professional career working for the Cyclones. He has worked with football, men’s and women’s hoops, and a number of Olympic sports programs at ISU.

While working with the Cyclone women’s basketball program, Link saw the team advance to the NCAA Tournament in three of his four seasons. He developed and monitored all physical preparation workouts and constructed individual workouts based on each athlete’s needs.

Link worked closely with the men’s program in October and November of 2015 on an interim basis and traveled with the Cyclone men to Spain last August.

Before being named Iowa State’s assistant director of strength and conditioning for Olympic sports in 2008, Link was a graduate assistant strength coach at Utah.

The Farley, Iowa native earned his bachelor of science in health and human performance from Iowa State in 2007. As an undergrad he was an intern with the Iowa State football team, the Iowa Cubs and Iowa State’s Olympic sports programs.