Then, the star senior combined a joke with some seriousness when describing how intense his team’s growing rivalry with top-ranked Kansas has become while he’s donned a Cyclone uniform.

"(I’ll remember) that annoying song they sing at the end," cracked Niang, who scored 22 points before Allen Fieldhouse’s fans went into rock, chalk chanting mode in the closing moments of KU’s 85-78 win. "That’s one thing, for sure, I’ll remember. But really just the competitive rivalry. Before I got here people said there wasn’t much of one. Down the stretch in my four years here I think it’s turned into one. So I’ll definitely remember that, for sure."

He won’t likely forget what happened after the game, either. Niang went out to the floor to do postgame radio. Longtime Kansas play-by-play man, Bob Davis — who also called his last game at the venerable venue after 33 seasons — mentioned Niang during Senior Day tributes. The Jayhawk faithful then rose to their feet and clapped in appreciation before showering thier praise back on their own seniors.

Kansas coach Bill Self explained why they’d show that kind of love for an opposing player in his postgame comments.

"Our people have enjoyed watching him play," Self said. "How can you not respect his game?"

Niang scored 41 points as ISU split the regular season with the Jayhawks.

NIANG: “We don’t pride ourselves on resting” 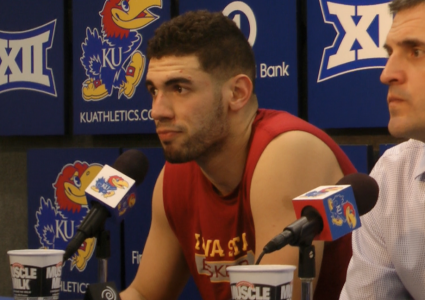 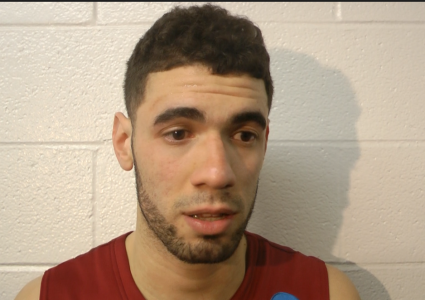