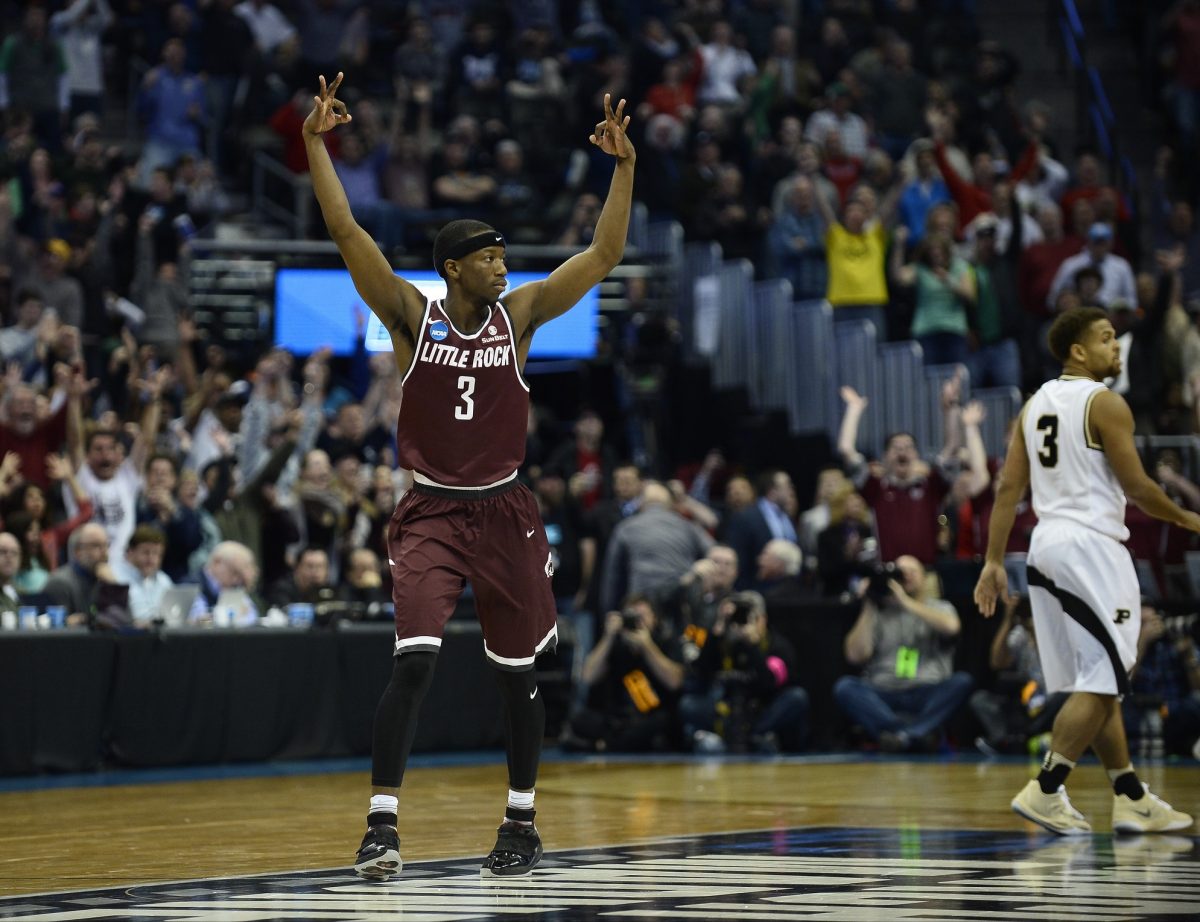 I don’t know if there’s another team in this year’s NCAA Tournament with a more opposite opponent than Iowa State in the second round from Iona to Little Rock. The Trojans play with a completely different style and philosophy.

Heck, it might as well be a different game.

While Iona gets out to run and fire up shots at every opportunity, Little Rock is going to pack it in defensively, walk the ball down the court and then run their sets until the shot clock is close to zero. They were second nationally in scoring defense (59.6 ppg) and that has as much to do with their tempo as it does the stinginess of their defense.

This is the same team that is rated No. 344 in tempo out of 351 teams on KenPom. They have only two contributing players taller than 6-foot-5-inches and only two guys score in double figures.

I’m feeling confident about Iowa State’s chances against this Little Rock team for a couple reasons. First of all, the strategy the Trojans used to claw back from a 14-point deficit against the Boilermakers was far from their normal game. Chris Beard’s squad would rather pack five guys inside the 3-point line defensively than ramp up the full-court pressure.

Against Iowa State, I expect them to go back to that pack-it-in defense. They’ll sometimes send two, three and four guys to dig down on the post, and that’s if you get him the ball around one guy fronting and a defender standing right behind.

Little Rock has most likely never seen a big-man like Georges Niang. A.J. Hammons, Isaac Haas and Caleb Swanigan are all really good but none of them have the ability to pass like Niang. If the Trojans start to commit multiple people to him, he’ll pass it out and then it is game on while the defenders all try to recover.

This is a squad with 10 newcomers and a coach in his first season, but it’s been a senior that’s carried the team. Little Rock wouldn’t be in this situation without Josh Hagins. He scored 31 points on Thursday including the deep 3-pointer at the end of regulation to send the game to overtime. He is one of two Trojans averaging double-figures scoring.

Their best big man, Lis Shoshi, averaged 6.8 points and 5.3 rebounds during the regular season but came through with 14 points and nine boards on Thursday. I’m not sure the 6’11” European even made a post move. He’s just a hustler that is capable of grabbing five-plus offensive rebounds.

Hill College transfer point guard Marcus Johnson Jr. is the other scorer in double-figures and six-foot-five-inch Roger Woods is capable on the wing. But if I’m being completely honest, this was a team playing out of their minds for the last five minutes of regulation and overtime.

Purdue was Little Rock’s first notable win (maybe second if you count San Diego State in the first game of the year). It is safe to ask if the win will leave them with a worse hangover than me after two pitchers of green beer at Mojo’s.

Saturday night, they’re going to walk the ball down the floor, pack it in, double, triple and quadruple team the post and see if they can hang around. But allow the Iowa State machine to get humming and that hangover is going to be pounding.