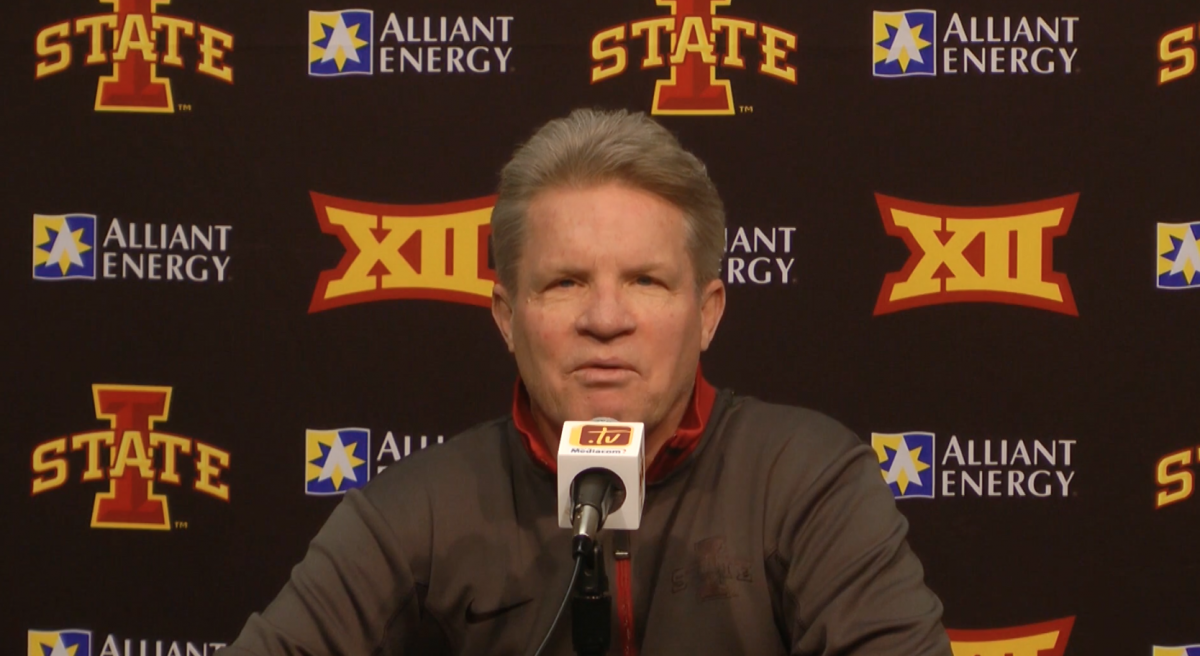 AMES — It’s been a frustrating few weeks for the Iowa State women’s basketball program. Between losing nine of their last 11 games, a myriad of injuries and seemingly every bounce going their opponents way, nothing has been going right for the Cyclones.

Then for a nine minutes and 43 second period Wednesday night, nothing went wrong. For the first time in weeks, the Cyclones were smiling.

Iowa State (13-12, 5-9) used a 42-5 run spanning the end of the first quarter and the entire second quarter to take control against the Texas Tech Lady Raiders on their way to a 77-48 win. It was quite possibly the Cyclones’ most dominant performance of the season.

“I didn’t know what the run was,” Iowa State head coach Bill Fennelly said. “My math’s not too bad, but I really wasn’t paying that much attention to the numbers. You got to get caught up in the game but you do look up there. I remember looking at Billy (Fennelly) and going, ‘Have they had eight for a while?’”

Texas Tech had an 8-2 lead when Kidd Blaskowsky hit Iowa State’s first 3-pointer with 5:18 left in the first quarter. Bridget Carleton scored six straight points on three free throws and a 3-pointer. Meredith Burkhall scored down low then Jadda Buckley hit a jumper. Seanna Johnson closed the first quarter with a 3-pointer at the buzzer.

When the second quarter got underway, the Cyclones just kept scoring and they kept getting stops. Iowa State scored 29 straight points spanning the end of the first quarter and the first few minutes of the second. They outscored Tech 26-5 during the second period and held the Lady Raiders (2-12, 11-14) to nine percent shooting.

It was pure domination.

“I think it started with our defense,” Fennelly said. “Obviously, we’ve struggled to shoot. Kidd’s had a tough, tough year and she goes out and goes 4-for-6. Then they opened up the court and we got a couple transition layups too. It’s a combination of good offense, they’re missing some shots but I thought we were connected at both ends of the floor. I thought that was something that really made a difference after a slow start and it was probably as good a 15 minutes as we could possibly play.”

It was just what the doctor ordered for the Cyclones as they hope to build momentum heading towards the end of the regular season. Five Cyclones scored in double figures, and only one Cyclone that saw the floor didn’t score.

Senior Blaskowsky knocked down four 3-pointers on her way to 13 points. Even though it was a slower night for Iowa State’s stars, Buckley (11 points and nine assists) and Johnson (11 points and seven rebounds), they wouldn’t be stopped.

Tech shot just 28 percent on the night compared to 43 percent of the Cyclones. Iowa State outscored them 30-12 in the paint.

It really was total domination. It was nice to see the Cyclones smile again.

“This is something you’ve got to build on,” Fennelly said as his team looks to move forward Saturday afternoon against the Baylor Bears. “We understand what comes next going to Baylor. It shows what they can do and that they’re capable.”

Perhaps the best moment of the game came with three minutes left in the fourth quarter when junior guard Lexi Albrecht knocked down a 3-pointer sending Hilton Coliseum into a frenzy. Wednesday night’s game was the Cyclones’ annual Play4Kay pink out game, which especially hits home for Albrecht.

The moment the shot went in is one Bill Fennelly won’t forget soon.

“Probably one of the nicest moments I’ve ever been a part of was watching Lex get in there and make a shot,” Fennelly said.

A few minutes later Fennelly made another move to give the Cyclone faithful an opportunity to honor one of their own. He sent Blaskowsky in to substitute for Albrecht, allowing her a chance to take in a standing ovation. Fennelly was standing on the sideline waiting for her.

“I just said, ‘I was proud of you and I hope this helps a little bit,” Fennelly said.

Safe to say, neither will her teammates.

“Basketball’s just a game,” Blaskowsky said. “But what she’s been through and the circumstances that she’s been in and for her to continue to play basketball, and to stay motivated, and stay positive, that’s having an impact on us. When she hit that shot I looked back at her sister and her mom, and seeing that plus just those three points that she made, that’s what we look for. That’s what our team is about. Having her in the game and playing the minutes that she played today really meant a lot to our team, and her family, and, hopefully, all the fans. You know, basketball will end at some point but what she’s been through and the fight that her family has fought, and her sister fought, those things really don’t. You can’t take those things for granted. Those three points were definitely the most impactful points of the game.” 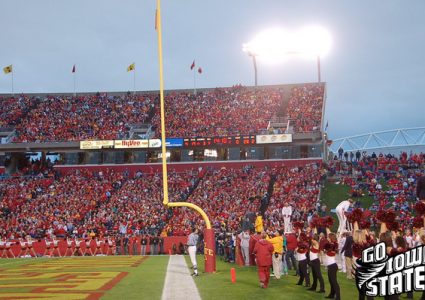