The verdict: Iowa State must reacquaint itself with that rock-solid attribute over the second half of the Big 12 season and beyond.

“When they watch a team that we coach, I want them to say, ‘Man, that is the toughest team on the floor,’” said Cyclones coach Steve Prohm, whose team girds up for Saturday’s 1 p.m. road clash with Oklahoma State at Stillwater. “And you can be tough by not just getting defensive rebounds. You can be tough be being able to run good half-court offense, by getting ball reversal, by making free throws down the stretch. There’s mental and physical toughness to it.”

The Cyclones were out rebounded 43-to-26 (a season-worst disparity), made 5-of-13 free throws in the second half, and became stagnant on offense even after breaking the Mountaineers’ vaunted press.

“Just us playing and making plays as opposed to being hesitant,” star point guard Monté Morris said when asked about how to rekindle their former hot streak. “We’ve got to take care of the basketball, too. We had a lot of unforced turnovers and turnovers that led to transition, which that’s what they want to do. Turnovers are big, man. And we can’t beat anybody with that many turners at this level. I don’t care who you’re playing.”

Enter the Cowboys. They may take the court without freshman phenom Jawun Evans, who sustained a shoulder injury in Wednesday’s 63-61 overtime loss at Texas Tech.

Evans, a slight, but blurry-fast point guard, scored 22 points in a surprise 19-point win over Kansas and dished out 10 assists in a four-point loss to Baylor.

In short, he’s the real deal. Oklahoma State’s a shadow if itself if he’s on the shelf as he was the entire second half in the loss at Lubbock.

“I know everything starts with him,” said Morris, who’s helped ISU win two straight in Stillwater after a 25-game skid at Gallagher-Iba Arena. “With (senior Phil) Forte being out, they lean on him a lot. If he does play, I know that’s going to be my job — I’m going to have to slow him down a little bit.”

First, the Cyclones must get out of their own way.

The free throw shooting woes seemed to have been solved through the first eight conference games. ISU was at 76 percent in Big 12 games, but went a woeful 4-of-12 in the loss at top-10 Texas A&M and wilted down the stretch Tuesday against West Virginia.

A blip or a trend? Stay tuned, but the misses stung with both games being two possessions (or less) inside of four minutes.

“That’s 9-for-25 in possession games,” Prohm said, combining all of the A&M game with the second half of Tuesday’s contest. “We’ve got to be better at the line.”

“To win on the road in the Big 12 you’ve got to be tough,” said Niang, who shouldered the blame for Tuesday’s defeat “That’s what we’re going to have to show — that we’re tough and we’re real and I think our guys are ready to do that.”

Niang engaged in harsh self-criticism in the wake of ISU’s second home loss of the season.

“That’s unacceptable,” said Niang, who also lost eight turnovers while scoring a team-high 20 points. “It is what it is. Call a spade a spade. It’s just unacceptable. It can’t happen — and it won’t happen again.”

But did the Big 12/SEC Challenge upset a happy routine while the Cyclones were on a four-game conference win streak?

“Basketball is basketball,” Niang countered. “You lace up your shoes and you go out there and play. We did that and we got beat. Did we play to the best of our abilities? No. But there’s a good amount of the season left where we can go prove what we can do and how good of a team we are.”

Starting Saturday, where ISU begins a five-game stretch that includes just one ranked team, No. 15 Baylor. That one’s circled on the Cyclones’ calendar, given how they let one slip at Hilton against the Bears for the second consecutive season.

“You’ve just got to stay even keel at this level,” Morris said. "There’s going to be adversity that hit you and there’s going to be good times that hit you. We just lost two straight but our stretch coming up we can go on a four-game win streak and try to get the one at Baylor back and everything. We can’t get too low. We’ve got to keep playing basketball. It hurts right now, but hell, if we cut down the nets down in Houston, we ain’t going to remember this situation.”

KENPOM SAYS: ISU should win a nailbiter, 76-74. Win probability is set at an anxiety-producing 58 percent.

HOW’S MCKAY?: ISU’s 6-9 rim protector, Jameel McKay, says he’s fine — as in his left knee’s on the mend, but statistics say otherwise. McKay didn’t corral a single defense rebound in Tuesday’s loss (second time that’s happened this season) and had four rebounds overall. He failed to score in double figures for the sixth straight game after falling below that threshold just four times in the previous 16.

"It’s not 100 percent, but it’s getting better," McKay said of his "irritated" knee.

McKay has pulled down double digit boards in three of those six games, however, which could mean Tuesday’s shortfall could presage a big performance Saturday.

"We need Jameel to be at the top of his game for us to max out,” Prohm said. 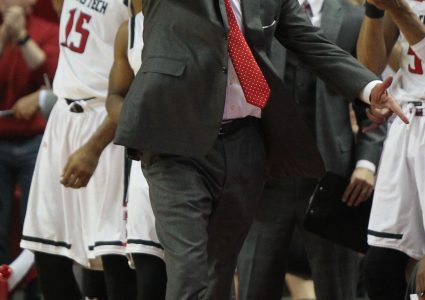