The destination: Hilton Coliseum, but there’d be no game on this brisk, chilly Thursday morning.

Morris arrived to see the 11 water-filled trucks that Hy-Vee would be sending to his hometown of Flint, Mich.

The sight of the sprawling caravan caused Iowa State’s uber-poised 20-year-old point guard to choke up.

“It brought a lot of tears to my eyes, because nobody wants their city to be like that,” said Morris, who will be back at Hilton for Saturday’s 6:30 p.m. Big 12 game against TCU. “It’s just hard to talk about, honestly.”

The Flint water crisis was created by a cost-cutting measure. Back in 2014, a city manager tabbed by Michigan Gov. Rick Snyder made the decision to switch Flint’s water supply from Lake Huron to the Flint River. Citizens immediately began noticing a foul odor and taste from the strangely-colored water that flowed from their taps. Some were sickened shortly thereafter, but the worst was yet to come. The city’s network of aged lead pipes began to corrode, which contaminated the water. It’s unknown at this time how many residents already are or will face long-term neurological impairment, but the effects of lead poisoning are most pernicious and debilitating among young children.

“My pain is, of course, for my family and my friends, but really the young ones that’s growing up,” Morris said. “Them playing outside and coming back in to to have to drink the sink water and if they can’t, they’re wondering why they can’t do it. It just hurts me to see kids go through that. I feel like everybody around the country is taking notice and we’re making the right steps.”

“This speaks to how much Hy-Vee is committed to doing the right thing not only in our local communities, but in a community far away from Des Moines, Iowa, that they don’t even have a store in,” Pollard said.

Byars, ISU’s Director of Basketball Operations, has also played a key role in raising awareness about the situation locally and helped Morris find ways to generate the most efficient and well-targeted support. He shot the short video after the Texas Tech road loss of Morris asking Cyclone fans to assist in the aid efforts.

“I think Micah’s been playing a big role into it, even with my speech that I gave out on Texas Tech — a little snippet, a little 20-second snippet about donating water,” Morris said. “You could text the number and I think that little thing Micah did was huge for me just to show his support in that, and I’m just not in it alone. Now with Micah being into it, you guys, and Hy-Vee, and my teammate showing support and doing things like that, it just shows the love that we have together.”

Six of the 11 semis en route to Flint are filled with gallon-sized bottles of water. The other five are loaded with standard-sized bottles. The trucks are slated to arrive in Flint on Friday. Morris said his mom, Tonya, should be there to help unload the needed supplies.

“She has work, but she’s been working there for about 12 years, so I think she has the leeway to come see the trucks,” Morris said. “So she’ll be there, taking the water in with all smiles. I should be able to see some videos. I wish I could be there, but sometimes that’s how the ball rolls. But like I said, thanks to Hy-Vee and the state of Iowa, Ames, everybody that chipped in with support. I appreciate it.”

Here’s a link to Cyclone Fanatic’s article almost a month ago on Morris’s effort to help with the water crisis, with links to Flint-based organizations to support.

Monté Morris: “Pray for Flint” (and try to help, too) 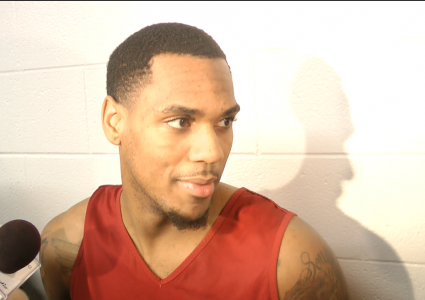 CFTV: Monte Morris doesn’t plan on slowing down for Virginia 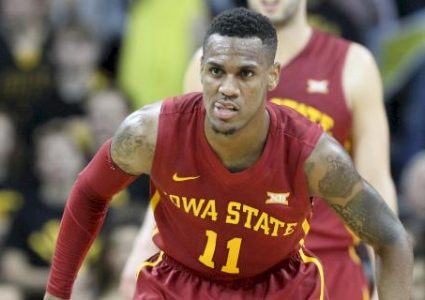