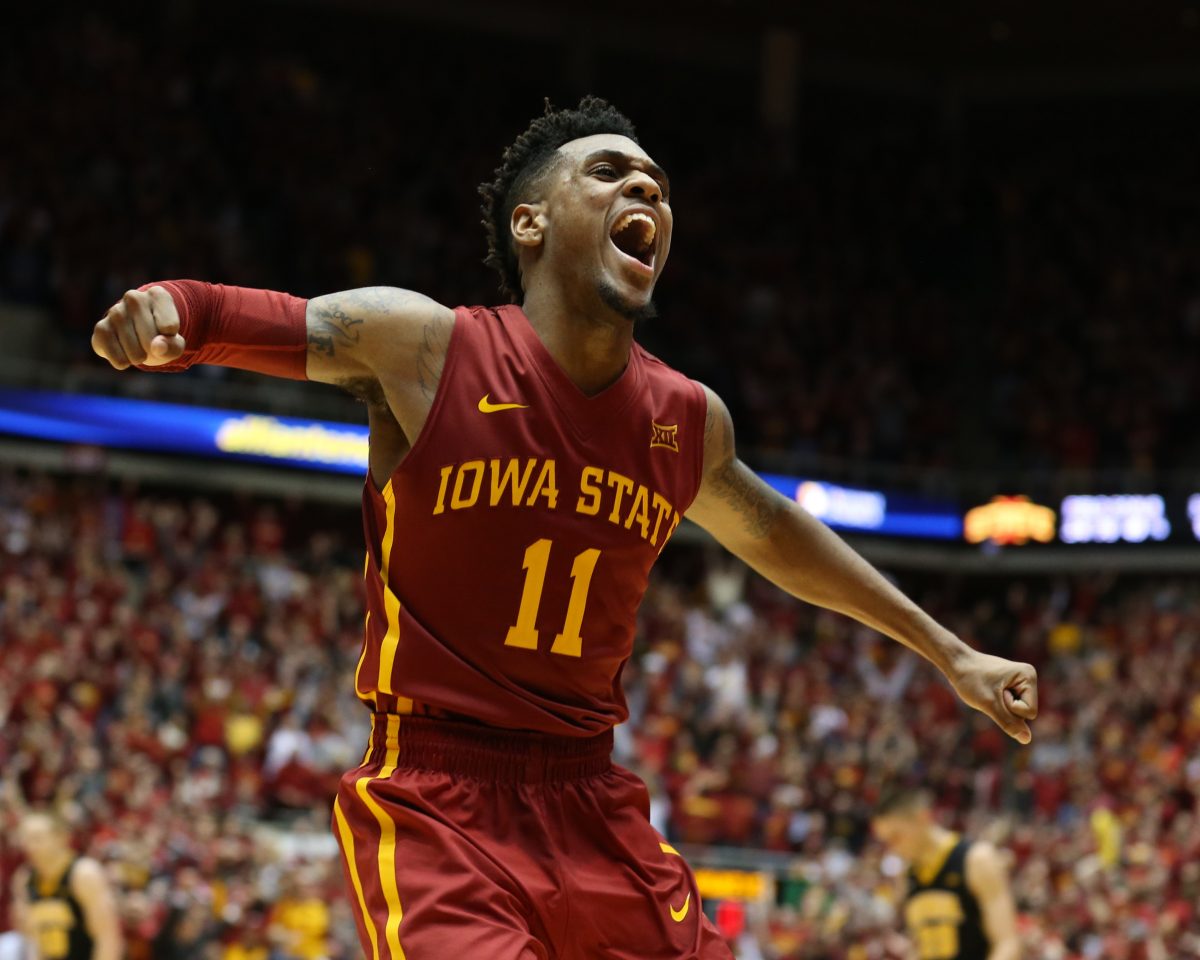 With the fans on their feet, a comeback from 20 points down against Iowa almost complete, Morris took the ball and stared down the Hawkeyes’ defense.

The clock ticked … 15 seconds … 10 … then, drive, float, exult — his clutch shot with nine seconds left turned into a game-winner as the No. 4 Cyclones surged to an 83-82 win Thursday in what will be remembered as one of the most wild, frantic, Hilton magic-kissed Cy-Hawk rivalry games in series history.

Iowa’s Jarrod Uthoff missed a 3-pointer at the buzzer to ensure ISU’s seventh win in the last nine games in the series.

“It’s one of my shots I always work on — my floater,” said Morris, who scored 15 of his 20 points in a Cyclone-dominated second half. “I thought it was going in when I let it go.”

How’d it happen (in short)?

Morris for one. He added nine assists and one turnover.

“He deserved to go win us this game,” forward Georges Niang said.

Jameel McKay ruled the paint in the second half. securing six of his eight offensive rebounds. He finished with 20 points and 12 boards while posting his fourth double-double of the season.

Niang scored 12 of his 16 points after the break — including a pair of free throws that helped the Cyclones (8-0) finish the game with a 9-0 flourish.

Matt Thomas shined off the bench, pouring in a career-high 19 points while shutting down Uthoff — who scored just two of his 32 points after halftime.

“Credit to him for coming off the bench and making stuff happen,” Niang said.

ISU forged its third-largest second-half comeback in school history. The biggest? The 21-point revival last season against Oklahoma. And ISU coach Steve Prohm had previously studied video of that one to better understand the special qualities of his new team.

"(Former coach) Fred (Hoiberg) had told me just to watch the Oklahoma game because that was their best offensive half," Prohm said. "So I’ve watched that game a bunch. The biggest thing in those situations — we were just out of character the first, really, 15 minutes off the first half. They threw a punch. Uthoff was playing out of his mind and he’s a great player. And we were rushing it. We were just playing too fast offensively and we were all trying to get it back at once.”

That’s what Hoiberg often referred to as "trying to hit a home run."

"I wanted to make it as tough as possible," McKay said.

He did. Still, that comeback … One for the ages (and ear plugs).

The Hawkeyes had led 67-51 just four minutes earlier. Peter Jok had become Iowa’s second-half Uthoff, scoring 14 of his team’s first 16 after the break to stretch the lead to 65-46 with 14:55 left.

Then (you guessed it) Morris rolled in a layup off a Naz Mitrou-Long assist. Thomas drilled his fifth of a career-high six 3-pointers. The first wave of the comeback was on.

"Until the clock says zero you just gotta keep fighting keep playing," said Thomas, who also raked away two of ISU’s 10 steals. "We just played with a lot of grit and toughness tonight. We never quit and we ended out pulling it off.”

Thanks to him. Thanks to the Morris floater. Thanks to magic — a word that seemed wholly inadequate to describe the chain reaction catalyzed by the cheers and stomping feet of another sellout crowd of 14,384 at Hilton. 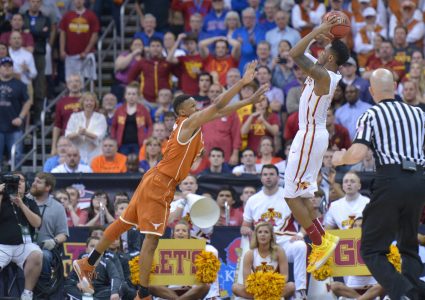