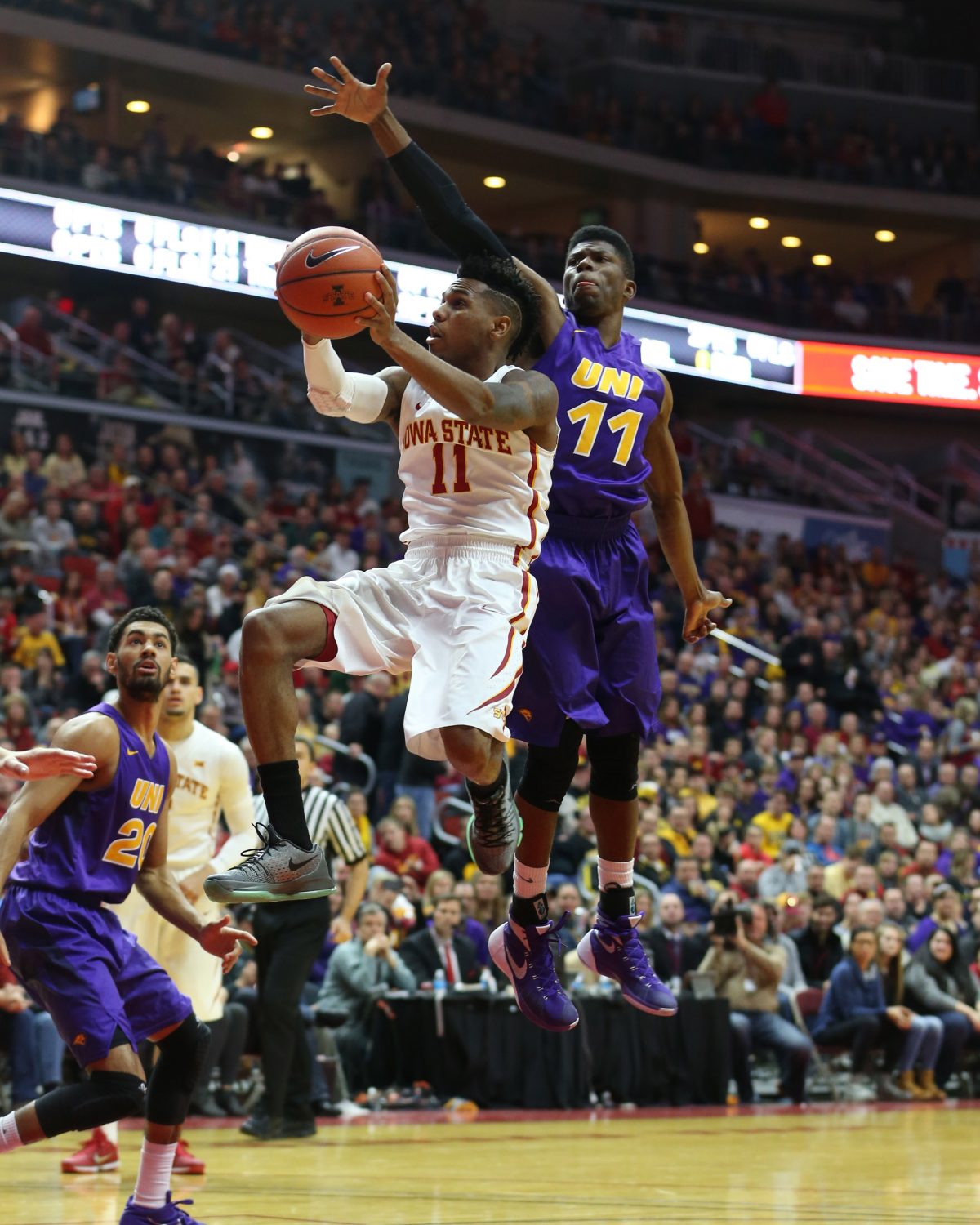 Record-setting Iowa State post guard Monté Morris has clearly become a marked man — whether driving to the rim, or penetrating and passing to well-spaced shooters.

“I think somebody’s got a hit list for me or something,” said Morris, who recovered from a blow to the hip two weeks ago, then took a painful shot to his right shin in Saturday’s 81-79 loss to Northern Iowa. “But I don’t know. I should be good, though. It feel like it’s always something, but I should be good.”

The sharp-elbowed and rough-hewn Bearcats present ISU with its first true road test of the season and Cyclone big man Jameel McKay’s not alone in welcoming the opportunity to get well against high-caliber competition.

“I’m happy,” McKay said. “I’m real happy, because we get a chance to play a good team on the road coming off a loss. It doesn’t really work well if you play a bad team after a loss. You want to get back to playing good teams, so it gives us a chance to feel better about ourselves going into the break and I think that’s real big.”

So are the Bearcats, who rank fourth nationally in blocks, seventh in fouls, and 11th in field goal percentage defense.

Simply put, the Bearcats will hit you — a lot. They will seek to punish and dominate. And that’s the type of challenge the Cyclones need right now, as defensive shortcomings have mushroomed well past the aberration stage.

“We can do a better job of sticking to shooters and knowing who people are from the scouting report,” said preseason All-American Georges Niang, who scored 30 points in Saturday’s loss to the Panthers. “Once we do that, the sky’s the limit for this team.”

Defending off ball screens proved particularly problematic for ISU in its lone loss.

Shoring that up hinges on better communication and, possibly, more switching in pick and roll situations.

UNI shot a torrid 59 percent from 3-point range Saturday and that’s mostly because the Cyclones failed to limit Panther point guard Wes Washpun’s options as he peeled off high screens to either score or drive  and dish to an open perimeter shooter.

That can’t happen much at Fifth Third Arena, where Cincinnati is 39-5 since the start of the 2013-14 season.

“I’ve know coach (Mick) Cronin for a while,” ISU coach Steve Prohm said of his Bearcats counterpart. “His DNA, his teams, is toughness — try to kick your butts on the glass, physicality and Cincinnati’s a tough place to play. There’s a great quote: You don’t win on the road, you don’t win at home. You win in the paint, you win at the free throw line and you win on the glass. Those are the areas we’ve got to dominate (Tuesday night).”

Morris said the quick turnaround for the eastward-bound trip couldn’t be better, given how Saturday unfolded. He’s a little sore, but underscored his readiness for Tuesday’s test.

“I think it’s big time,” said the Flint, Mich., native who’s on pace (77 assists, 14 turnovers) to reset the NCAA mark for assist-to-turnover ratio for the third straight time. “When (we) lost, I think the biggest thing for us is we were just playing the waiting game to get out there again. I thin that’s what we’re looking forward to — just to put our talent on display again on ESPN(2) against a top-25 team, it’s a blessing just to show everyone we’re the real deal, man. Things (like) Saturday happen. Everybody done lost this year, except for Michigan State, so it is what it is. I feel like we’re still good. Tomorrow we should have our swagger back.”

In other words, it’s time to get healthy: Physically and mentally.

“This type of atmosphere, this game,” said Morris, “I’ve got a lot of family coming so I should be good.”