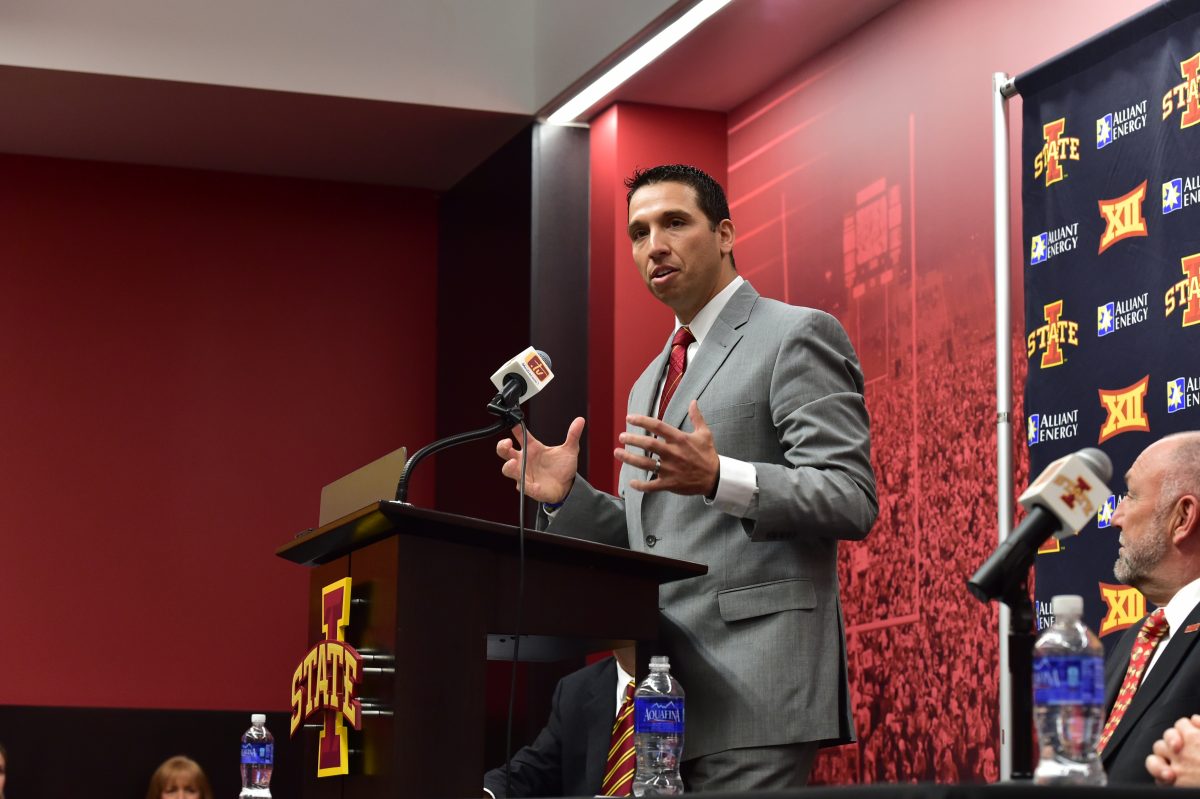 AMES — Each twist and turn of new Iowa State coach Matt Campbell’s coaching career at the FBS level brings a variation of the same question.

What’s it like being the youngest coach at (fill in the blank)? His answer:

“To me, it’s irrelevant,” Campbell, 36, said earlier this week when he became the Big 12’s youngest coach by three months and 20 days over Texas Tech’s Kliff Kingsbury. “Age is a number. It’s all about experience.”

One reason: Campbell’s energy capacity appears to be boundless. He and his growing staff’s been offering potential recruits at a dizzying pace in advance of the Dec. 14 dead period.

Speed does not supersede prudence, however.

“We’re going to recruit to our plan and we’re going to take the best guys that can help us win football games,” Campbell said.

He’s convinced the 2016 Cyclones will be in a solid position to do that anyway, given the current roster.

Joel Lanning will continue to mature at quarterback. Allen Lazard will continue to mold himself into one of the top Big 12 receivers. The defense — barring transfers or changes — should feature nine returning starters.

“I can’t wait to get things rolling with him,” said Lanning, who threw 10 touchdown passes to four interceptions while earning the starting job midway through his sophomore season.

Lazard was one of the players Campbell contacted late Sunday to touch base with before a team meeting this week and planned one-on-one sessions to come.

"He’s a player’s coach and just reaching out to a few of us players as soon as he got the job shows how much he really cares about you,” said Lazard, who led ISU with 56 catches for 808 yards and six touchdowns as a sophomore. “It made a good first impression.”

That formed the consensus opinion for several Cyclone returners made available to the media earlier this week. They experienced the pain of seeing Paul Rhoads and his staff let go after seven season, but continued to heal as the fired-up Campbell spoke to them, the media and the fans Tuesday night at Hilton Coliseum.

““He said that — his players before anything,” said junior linebacker Jordan Harris, who ranked third on the team in tackles with 70 this season. “Man, that’s all I need to hear as a player.”

One of the players hit hardest by Rhoads and his staff’s dismissal was linebacker and captain Levi Peters. Campbell described Rhoads as “a great man” while addressing the media Monday and Peters would heartily agree. But his new coach impresses him, as well, starting with the story he told about touring the Cyclones’ tailgate lots before and after the Rockets’ 2014 loss in Ames.

“That, it hit home with me,” Peters said. “That was pretty special that he, I mean there was no job open or anything, but he knew if that opportunity came he would want to be in Ames. That’s some strong stuff there for me. He wants to be here. He’s passionate. He just seems like the perfect fit.”

Time will tell, but one thing’s for certain: Campbell’s level of success at ISU absolutely will not depend upon his age, as he noted above. That number may be a factor, but a small one when measured against the bedrock principles he’ll try to teach and personify.

“He’s a very confident guy,” Lanning said. “You need that in a program. He knows what it takes to win and he’s going to bring that here in this program. Also, what he was saying was attitude and effort a lot. We’ve been saying that here for a while, so he’s a great fit for us and we’re just going to hit the ground running, like he said, with him.” 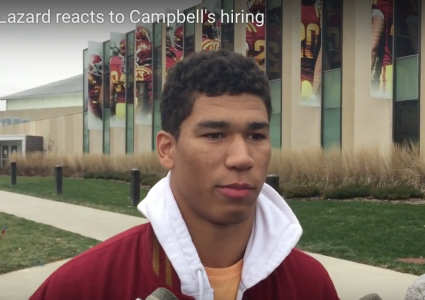