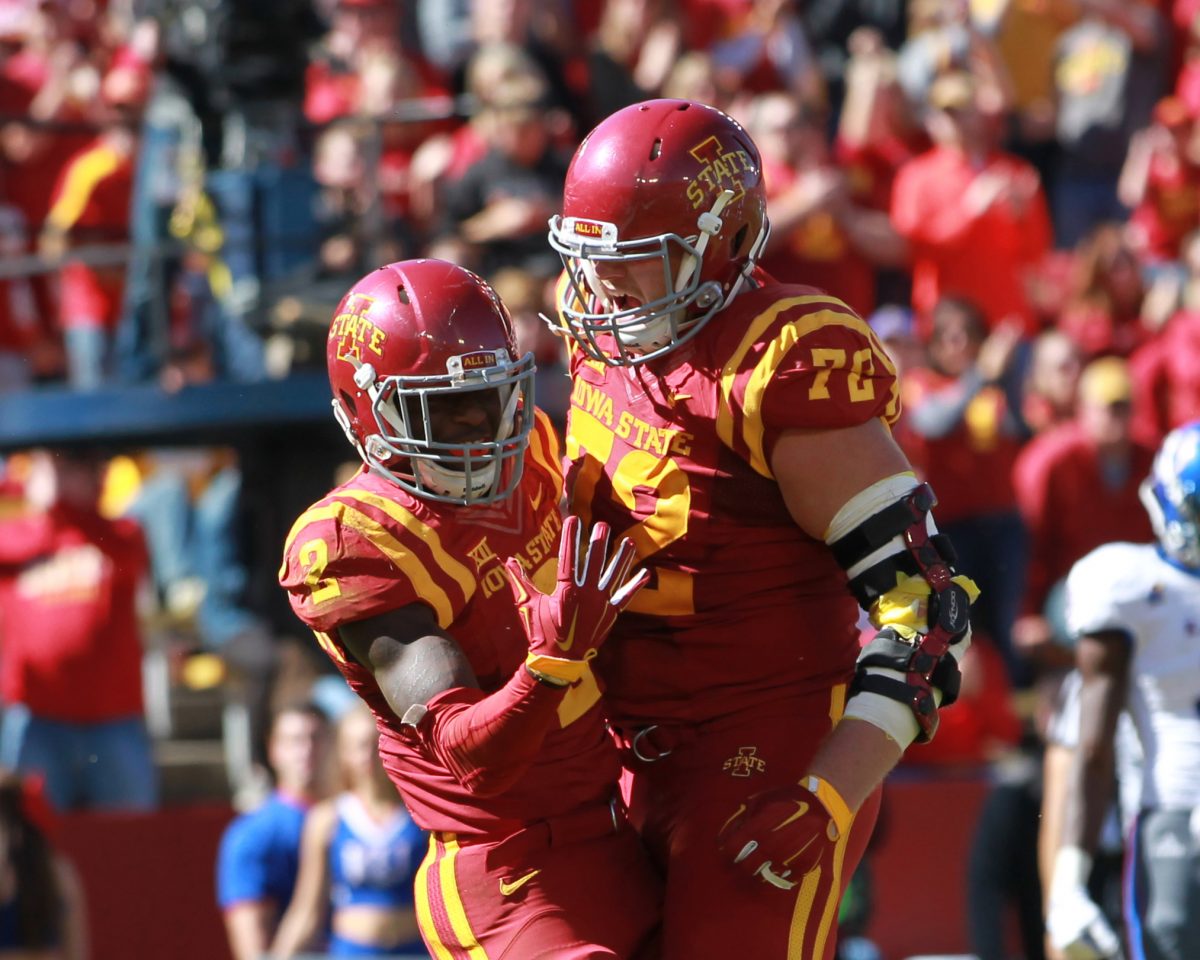 AMES — Mike Warren’s poised to eclipse the 1,000-yard rushing mark and quite appropriately it means a great deal to him.

He’s a quicksilver redshirt freshman, with his whole Iowa State football life in front of him.

Four of the guys who’ll help him gain the three yards necessary to reach that milestone in Saturday’s 2:30 p.m. Big 12 game against CFP fifth-ranked Oklahoma State are seniors.

Bruised, battered and tough seniors: Brock Dagel, Jamison Lalk, Oni Omoile and Wendell Taiese. And that 1,259-pound collective means even more to Warren than that lofty four-figure number he’s been chasing all season.

“Those guys help me,” said Warren, who will become the Cyclones’ first 1,000-yard back since Alexander Robinson rambled past the magic number in 2009. “Even sometimes when I’m reading some of the defense, they’ll tell me where the ball’s going to hit, which I think is pretty cool. Like they’ll tell me what they’re going to do and it should hit right here or right there.”

They’ve got his back. He’s got theirs. They need each other — especially on senior day at Jack Trice Stadium.

“This has been my life for so long now,” Lalk said. “This program’s taught me a lot.”

Oklahoma State (9-0, 6-0) ranks second in the Big 12 in rushing defense, allowing a relatively low 147.3 yards per game.  The Cowboys’ front four can be dominant, as can the middle three and back four.

“They’ve got great length up there and length is good for a number of things,” ISU coach Paul Rhoads said. “It’s good for beating people, for getting around them, for getting extended of them, for making your presence more known in space.”

The Cyclones (3-6, 2-4) sit seventh on the conference’s list of top rushing offenses, churning up 178.2 yards on average, but over the past seven games, ISU has rushed for 209.1 yards per game and the Cowboys have yielded an average of 165.1 yards.

Seniors on the line have helped usher in the Cyclones’ rushing renaissance. The redshirt freshman’s benefitted from their enhanced push.

“Fun to see the emergence of it and fun to see the development of it,” Rhoads said. “It’s a group that’s been maligned a little bit for their performance and I think they have taken the coaching that they’ve been given by coach (Brandon) Blaney and really understood the run fits and what they’ve got to do in combinations. Pass protection, we’ve still got work to go there, but the fact that they’ve elevated our offensive game and our team play with the run game has been vital.”

It’s enough to allow another struggling ISU team to at least hang in with all but the elite teams of the Big 12.

Is Oklahoma State elite? It appears to be, but the Cowboys’ first three conference wins came by a touchdown or less.

So if the Cyclones can get the running game going — and firmly apply pressure to quarterbacks Mason Rudolph and J.W. Walsh — a second stunning November upset in four years could enter the realm of plausibility.

Another senior, “Sack Mamba” Dale Pierson, personifies the second part of that equation. Pierson set a goal early on to become ISU’s all-time best pass rusher. He’s in the conversation already. His 7.5 sacks this season rank second all-time to Shawn Moorehead’s 8.5 in 2006.

“I definitely want to get it here,” Pierson said of the record. “Get it here in front of everybody, the fans.”

“I feel like we’re going to have one of our best games,” he said.

Time will tell, but we know that it most definitely flies. For bruised, battered and tough guys like Dagel, Lalk and Omoile, who were redshirt freshman on the sidelines for the 2011 November stunner against the Cowboys, senior day recognition will draw out deep feelings.

“It’s a long journey,” said Dagel, who endures multiple daily treatments to stay game-ready. “The days are slow and the years are fast here. It’s meant the world to be a Cyclone and everything that’s gone into it, it’s all going to come to an end here soon.”

Warren can and will keep right on running. But he’ll also look back and nod warmly.

“I don’t know how they do it,” he said. “Those guys are really tough.” 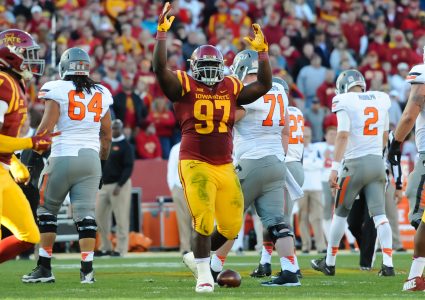